THE STRATEGY OF A DEVELOPING STATE 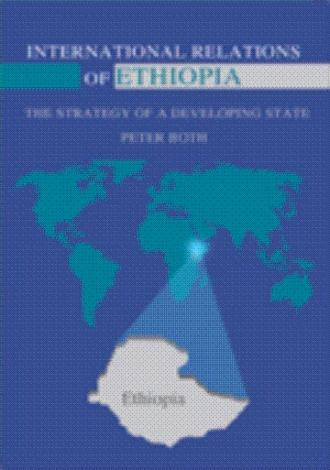 The of of 1896: A victory for the African continent

Given the different interpretation of the Article 17 of the Wuchale Treaty by and , the road to the battle of was inevitable.  Both Generals Baratieri and Arimondi moved their forces westward and camped at Sawiyra, about 40 kms east of .  Menelik moved into with about 100,000 soldiers.  The Italian espionage agents were giving false intelligence information to the Generals since the spies were themselves Ethiopians.  Rases in the north were ordered to cut the Italian supply lines to further put the Italian troops into a very difficult position logistically because they could not access food and ammunitions from their bases.

On 29 February1896, the Italians decided to attack in three directions.  The directions were: the northern column, the eastern column and the main attack directed to the town of .  In the morning of 1 March1896, the decisive battle commenced.  was so mountainous and no wonder the Italian forces on the eastern column got lost.  Menelik, who led the eastern counteroffensive force, easily defeated the lost Italian troops.  Ras Mengesha and Ras Mi’Kael repulsed the northern offensive.  The forces destined to town dispersed after receiving the news that the other two columns were destroyed. The Italians were defeated and Ethiopians became victorious.

The battle of became a historical emblem when African peasants defeated a very well trained, armed and disciplined colonial army.  It is the only known and recorded battle that Africans had won over colonialism in the continent at a very significant scale. This battle has made a symbol of African independence, courage and empowerment to a continent ravished by European colonialism.

The battle of , however, has had serious political effects on the Ethiopian polity.  When Emperor Menelik defeated the Italians, he did not drive them out of the occupied .  The big question is why?

From innocent eyes, one would argue that Menelik was exhausted of war and possibly the peasant army was not willing to pursue or push the Italians out of .  Some say that Menelik ran short of food provisions and ammunitions. Another group of analysts says that Italians had a huge military force in . Had Menelik tried to attack their stronghold; that would have meant pressing Italians for another war or even a bigger war.  Some say that Ras Mengesha reported lack of water in the areas they would have attacked, which in turn could have weakened Menelik’s fighting capability.  May be Menelik was satisfied with the victory he won over Italians at the battle of and therefore did not want to continue with the war.

But recent analysts believed that Menelik had agreed to Italian colonialization of as outlined on the article 3’s of Friendship and Wuchale Treaties.  Remember that Emperor Yohannes IV did not pursue the Egyptians beyond either.  Did Menelik simply copy this technique from his predecessor?  May be these rulers considered as 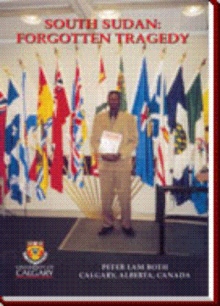 International relations of specific African countries have been grotesquely overlooked under the pretext of information insufficiency. But is a visceral part of the international community and failure to efficiently represent it in the 21st century international relations is quite an annihilation scourge. This is so because presents opportunities and challenges in this world of globalization.

In the international relations of , Peter Both examines the ancient and contemporary international relations of from a unique perspective. A perspective that combines the cultural context, social work and international relations in order to effectively analyse the impact of interstate relations from macro to micro levels of the Ethiopian society. In so doing he proposes a foreign policy course which addresses various aspects of Ethiopian foreign relations. He proposes unilateral and multilateral courses of action to resolve the pressing issue of the politics, increased involvement in the conflict resolution regime in the continent and the search for inter-African economic regime as opposed to reliance on Lome Conventions, GATT talks and WTO, which basically do nothing for African. If those institutions did provide any thing for , the west would prefer hibernation to engagement.  It is a transparent poppycock, which requires no rocket science.

Peter also proposes that colonial boundaries in African need to be revised in order to avoid civil conflicts. Colonial boundaries top the list of major causes of death and civil wars in . If the boundaries are left as they are due to African leadership paranoia, peace in would remain a machiavellian hallucination.

Peter Both is a social worker and has practised with refugees both in , and . He has involved not only in the community development with refugee communities in those respective countries, but he also involved in the durable solutions-namely resettlement programme –for refugees in . His current research interests included: democratization, African politics and government, politics in the horn of African, refugees, social justice, human rights and humanitarian affairs.

Peter Both is the author of : Forgotten Tragedy (2003). The book is an advocate for the downtrodden population of .