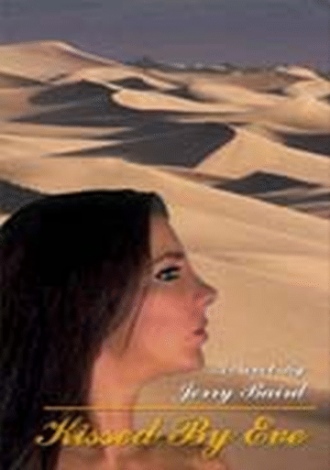 “I don’t know what this means, Aedah,” he began.  “There seems to be a real danger that these men sense.  I wish they had been given a better opportunity to say why they feel the way they do.  They should have at least been given a chance to tell us where they got their information.  Sometimes I am afraid that we’re too smug, too secure.  And yet, it’s true that we’ve never had a problem; the earth never did collide with another planet--and--and the things the Old Prophet spoke of never came to pass.  These things are hard to understand--and it’s probably nothing.  Let’s forget it for tonight.  I’ll try to talk to the men tomorrow when they’re by themselves.  Perhaps I can find out more about why they’re so upset and what they’ve seen.”

Weary from the day’s events, Jovan and Aedah put on their night clothes and slipped quietly into bed and cuddled next to each other.  Aedah could never get over the ecstasy of lying next to Jovan with his arms around her, holding her tightly, but tenderly.  Jovan’s kisses on her neck were more like nibbles; and they both laughed as he pulled her closer and locked her in his arms and kissed her deeply.

“We’ll have six children,” he said, “three beautiful girls with ebony hair and emerald eyes, and three boys with dark hair and dark eyes.  They’ll all grow up to have many grandchildren for us.  And you,” he said, holding her even more tightly, “you will be beautiful even when you’re ninety years old.  All the old women will envy you!”

Aedah laughed at the thought of being the envy of all the old women.  But that was all soon forgotten in the embrace of her handsome young husband who was quite intent on starting his six children.

Aedah didn’t know how long she had been sleeping, but the smell of smoke and the screams of her neighbors suddenly awakened her.  Quickly grabbing a cloak, she ran to see what was the matter.  She could hear people running and screaming.  In the next room she heard loud voices, then a scream.  She heard her young husband Jovan scream something and then there was a groaning sound and a thud like a body hitting the floor.  Her heart was racing.  The house was hot and she smelled smoke. Perspiration was on her face.  Fearfully, she stepped into the next room.  It was then that she saw the flames.  The house had been set on fire!  She looked in the direction from which she had heard her husband’s voice; she saw his slumped body on the ground.  Two men ran out the front door.  A knife was sticking from Jovan’s chest.  Unconcerned about her own safety, she ran to him.  This just couldn’t be happening.  Why had it happened?  Who were these invaders?  She fell to her young husband’s side wanting to remove the knife from his chest but fearful to touch it lest it cause him pain.  The light from the fire made the knife handle shine.  Her eyes were drawn to the strange markings on it.  What could they mean?  Aedah had never seen such markings.

Jovan’s breathing was rapid and labored.  “Jovan, oh my wonderful, beautiful Jovan.  Who has done this to you...and why has it happened?”

He opened his eyes and struggled to speak.  “Aedah, you must try to escape.  It’s the invaders that we were warned about.  If you can get to the Old Prophet, you’ll be safe.  He was right all along.  He’ll--he'll protect you and tell you why this has happened.  I heard one of them say that next they’re going to overthrow a village to the east of us.  So, run to the hill at the south of the village and see which way they’re going; then run as fast as you can under the cover of darkness in the opposite direction to the next village and ask for help.  Tell--tell-- oh, Aedah, I have always loved you.”  Jovan was silent for a moment and then he struggled to continue.  “Tell them what has--what--has happened.  I love you--oh, Aedah---!”

There was silence, and then the awful realization set in: Jovan had died!  Died!  No!  No!  Maybe if she closed her eyes and opened them again it would all be a terrible dream.  He couldn’t be dead.  She had just held him in her arms.  He had kissed her and told her he loved her.  They were just planning their future.  This couldn’t be possible!

“Oh, Jovan,” she sobbed, “why has this happened?  How can I live without you?”

Aedah held his hands, his hands that had held and caressed her.  Tears ran down her cheeks and splashed onto his hands that suddenly went limp.  She rubbed them in disbelief and grief, looking for another spark of life that would say he was still alive.  What could she do?  How could she just leave him there...without a burial...without someone to mourn for him?  Surely she would awaken any moment to find it was just a bad dream.

The fire was all around her now

In the memory of man, there have been two catastrophes so great that their occurrence are written into folklore around the world, even in the most remote regions: They were the fall of Atlantis and the biblical flood in Noah's time.

These events were so momentous and so destructive that all then-known knowledge and technology (which some people believe surpassed anything we have today) were destroyed.  The world can only wonder what preceded the Global Dark Age that descended upon mortals and their gods, and from which man was left to begin again with only his acquired life skills, his memories, and his God. Ancient writings describe it as a time when there was a great population explosion and a time when spirit beings took the women of earth as their wives. This is the story of three families that lived at that point in history and experienced those events; the mischief of the ancient gods Poseidon, Volcan, and Zeus; and the woman who was destined to change history.

She has written, produced and performed plays. In addition, she had an essay published in the Spanish-Portuguese Department publication El Alba at CSUB, and she won a special award for poetry that was published in The American Collegiate Poets -  Fall Concours 1983.  She also wrote, directed, produced and edited TV programs for several years at DATV, Channel 22, in .