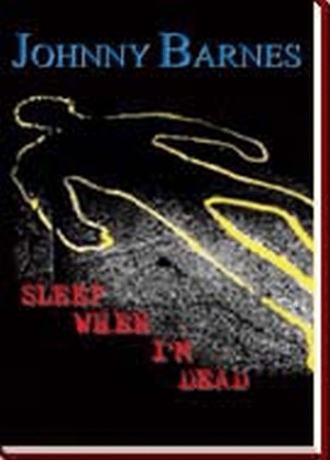 A thousand thoughts flashed through Jack Kelly’s mind in rapid succession.  Like maybe he should retire when he gets the chance.  He should be selecting colors from a pallet while painting on a sandy beach somewhere.  Maybe he should have stuck with the blues band, that big record deal was just around the corner.  Maybe he could write cheap, sleazy, big-city crime novels, spitting them out like a welfare mother in a trailer park spits out kids.  Or he should have pushed for that cushy paralegal investigator job.   Maybe even get a law degree and become a practicing attorney--  No, he wasn’t that desperate.

His life was flashing, rolling along like a filmstrip, in front of his mind’s eye.

The blade was slowly pressing into the flesh on Jack Kelly’s throat, right below the Adam’s Apple, slowly cutting the skin through its layers.  It was a sharp pain and Jack guessed the blade was probably very, very sharp.  He felt his warm blood trickling down the center of his chest.

Kelly flashed on the night, as a young patrol officer, he was dispatched to what the voice on the patrol car radio said was a disturbance at a residence.  As he pulled the cruiser up to the single-family house the dispatcher updated with “Possible attempted suicide.”  Another cruiser pulled up in front and Jack made his way cautiously through the front door and into the dark house with his flashlight and gun drawn, not knowing what he would find, or what would come out of the darkness.  The two light switches he tried were unresponsive and the glowing beams of their flashlights bounced off the walls in the musty house.  There were no answers given to Jack’s loud announcement, “Police! We need to talk to you.”

Then, as he entered a dark parlor in the back of the house, there in front of him, with the eerie flicker of the television set blaring away, sat a pale man on a couch with his neck and throat slit wide open in a bizarre smile from ear to ear.  An Exacto knife was clutched in his blood soaked hand.  His eyes looked straight ahead in the direction of the television.

Jack shook involuntarily as he walked between the dead man and the flickering television set.  He prayed the guy would not look up and say, “Hey!  Down in front!  I’m watching ‘Cops!’”

Blood still oozed down the front of the dead man’s shirt.  Blood had filled up in the waistband of his pants, in his lap, pooled up again on the couch, down his legs and onto the floor.  Pints and pints of blood.  An array of other blades, a steak knife, a bread knife, a big, heavy vegetable cutter and a meat cleaver lay arranged and spread neatly on the coffee table in front of the dead man.  But the box cutter, the Exacto knife in the deceased man’s bloody hand, seemed to have done the job.  No one is truly creative committing suicide.  They blow their brains out, jump off a bridge, hang themselves, overdose, or slash and bleed out.  Its all been done before.  Where’s the creativity?  Where’s the artistic statement? 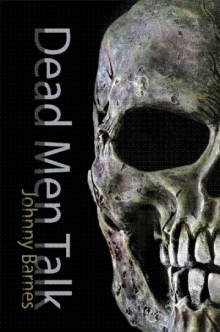 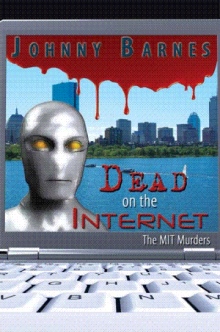 Dead on the Internet
Johnny Barnes
$26.49

SLEEP WHEN I’M DEAD is a classic based murder mystery that continues where DEAD MEN TALK left off.  It is the further adventures of Private Investigator and ex-cop Jack Kelly.  This time Kelly is exposed to a more depraved side of the cutthroat business of the cheap detective.  A story of greed and lust set against a backdrop of blues, jazz music, and the incredibly rich and dirt poor neighborhoods.  As is usual with Jack Kelly, the bodies start to pile up.  And as always, the salty and sometimes deeply philosophical dialogues pierce the mind and heart.  But this time a young girl’s life is held in a death trap and her time is running out.

In this action-packed thriller, Kelly and his cast of characters, Lieutenant Jessica Paris, Willie Crawford, The Musician, and the Soul Brothers, utilize some classic hard-nosed police work to uncover a sinister plot involving multiple murders and a fortune of oceanic proportions.  And there are sharks in the water.

This bold modern day mystery is cutting edge, both fast and irreverently funny.  It reads like a fresh and brazen film noir and will translate well to film.  Johnny Barnes was a private investigator in for 11 years and has been a cop for the last 15.

Born in , where Johnny lives on his sailboat, the author attended boarding school in the Berkshires where he sang and played weekends in a blues band in .  He attended UMass-Dartmouth and moved to where he drove a taxicab, attended Berklee School of Music, and put himself through majoring in Philosophy.

Johnny Barnes sang and played guitar in all of the famous nightclubs in with many of rock & roll’s legends, producing and releasing a dozen records and CD’s.  Local airplay and intense record company interest led to a hit song in and work with legendary producer, Jimmy Miller (The Rolling Stones, Blind Faith with Eric Clapton, Traffic with Steve Winwood.)  Barnes moonlighted, helping manage ’s largest live music nightclub, The Channel, where his band opened for numerous major acts through the 80’s and 90’s.

Johnny Barnes was a paralegal investigator for many law firms, and an operative and operations manager for Boston area detective agencies.  Johnny worked for the Mass. Legal Services, the Mass. ACLU, and was a subcontract homicide investigator for the state’s Committee for Public Counsel.  Since 1991 Barnes has been a full time Police Officer, an FBI trained hostage negotiator, and a detective.