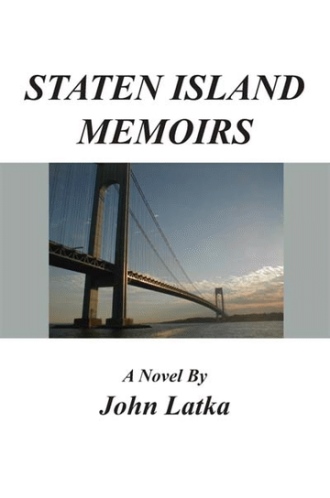 Suddenly Florence appeared from the far away dark somewhere, beyond the smoky fog surrounding the bar. Time stopped and everything became silent and still.

Heads turned in unison, causing a light breeze, disturbing the acrid clouds of cigarette smoke. She appeared glowing and dreamlike as in an abberation, like a Mona Lisa in the midst of a darkened gallery of abstract, bizarre art, in a world filled with frightened and tortured faces of broken and tormented people of the night. She wore a knee length black dress that clung to her body, revealing her every curve, sling back high heels, and a chubby black mink jacket whuch matched her jet black hair.

Her hips swayed effortlessly as she slowly made her way to the bar.  Draping her mink jacket over the back of the bar chair, she gracefully sat down and crossed her beautiful legs. Time, sound and motion resumed.

Welcome to Manhattan in the 1960s, where a kaleidoscope of girls brighten your day as they walk by on hard, cold concrete.   Warm and passionate, their breathe flows from their young bodies like sweet essence, leaving a perfumed vapor trail in the cold winter air.

In the summer heat, a blend of pungent odors surround you as you hang from a subway strap.   Not able to move, the musk rises, and dirty bums with yellow teeth and matted hair leer at you through blood shot eyes.

As the train winds its way through the tunnel, beautiful girls look straight ahead, avoiding eye contact, while they rhymically sway, maintaining their balance and look of confidence, amidst a world of strangers wearing oily smiles.

In the ladies room of a mid-town office building, a pretty young woman who just broke up with her fiancee' looks in the mirror.   The soft blond curls she so carefully set this morning at home are drooping and her tear soaked mascara is running down her face .   She  lifts her skirt to straigthen her nylons.  Grabbing some paper towels from the dispenser, she wipes the muddy water from her legs and turns to her friend next to her,

"Angela are my seams straight?"

Paris walks toward the designated drop site, a hollow tree stump.    It appears exactly like the one he saw in his dream the night he left Helen on Staten Island.   Staring at it, he becomes mesmerized by what he sees.     He is frozen with fear but his honor and devotion to duty will not allow him to turn away.    With nausea and sweaty palms, he wants to end the mission now but he knows he must go through with it.   From a distance Evelyn watches and whispers to her self, "For God's sake Paris, why are you staring at that damned tree stump?   You're a sitting duck."

Motionless, as if standing before a sacrificial alter, he looks in horror at the head of a young Eurasian man in the tree stump staring back at him.  His piercing light gray eyes seem to plead with him saying, "Paris why did you let this happen to me?"

As a  final touch, there appears the calling card of the Viet Cong; the dead man's pinky fingers are jammed into his nostrils.

Lost love haunts many as they age, but ; in Staten Island Memoirs, Paris. Polanski creates a ficticious love affair with a beautiful face from the past; he cannot forget; Paris has led a full life that lacks only one thing - the love of a beautiful woman he met 43 years ago. The woman in question is the real life equivalent to Helen, the central character in the novel, modeled after the Greek Goddess Helen of Troy. The story opens with Paris Polanski in his home in Grant City, Staten Island. Not being able to find his long lost love, Paris creates a work of fiction in which he recreates his life by falling in love with, marrying and becoming part of Helen’s life, thus showing just how far one man's obsession will go to remove the sorrow of lost love. The story then goes back in time and continues Paris Polanski as a young man, secretly in love with a nameless, beautiful young woman. Shy and lacking self esteem, he is unable to express his  feelings for her, and loses her to another man. After serving in the US Navy, Paris  attends a New York City college and during one of his classes, he dreams of his ideal woman in the image and likeness of Helen of Troy.

John Latka is a retired Engineer now turned writer residing in .  He lived on from 1953 to 1977, served in the US Navy from 1956 to 1960 and  received his education at the City College of New York.

His interest in the Humanities and Greek Mythology prompted him to create the love story Staten Island Memoirs, inspired by his memory of a beautiful young woman he once knew, and  turning it into the creation of a character in the image and likeness of a modern day Helen of Troy.

The author keeps the story light and spirited by portraying his characters with an innate sense of humor and sensitivity.

Staten Island Memoirs will make you laugh and make you cry, as it transports you into the lives of two young people who find each other and fall deeply in love during the turbulent years of the 1960s.