Every aspect of our life has been covered by the Word 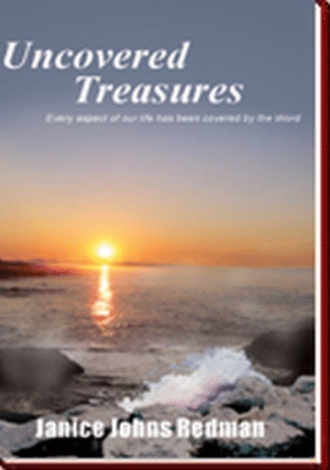 As children, many of us unconsciously allowed others to sketch our portrait based on their opinions.  We encountered injurious words, actions or circumstances on our paths that left deep impressions that caused misleading images we believed to be true.  In an involuntary way, these untrue words and conditions were accepted; they in turn created a bogus picture about ourselves.

People known from our childhood played significant roles in outlining our portraits.  It was not usual that these people who were admired, highly esteemed or had great influence were the ones who outlined our self-portrait.  These individuals may have been our parents or guardians, siblings, childhood friends, relatives and teachers.  Quite often, oblivion, insecurities, uncompromising principles, and unwavering traditions were hidden components and perceptions that mislead, pre-judged and criticized.

This caused immense harm when we innocently accepted another’s opinion.  The other person’s words, whether spoken once or repetitively, were detrimental and caused our character to bend, whereby reshaping our true representation.  Some people had ways of putting us down politely, while others used abrasive vocabulary or severe actions that pierced our hearts, invaded our minds or created a disapproving persona about ourselves.   The after-affects of this harm developed mindsets that were never intended to be a part of our make-up.  These attitudes grew into our teen years and ultimately adulthood. 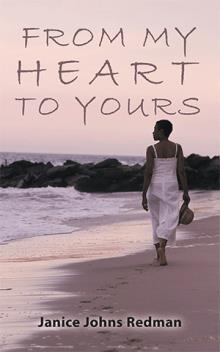 From My Heart to Yours
Janice Johns Redman
$10.99

Uncovered Treasures sets the reader on a path of discovery through Old and New Testament selections from the Word of God.  These selections convey synonymous parallels when referenced with subject matters that are often overlooked, go unnoticed, or given total disregard.  Ordinarily, when scriptural passages speak on particular subjects, be it person, place or thing, most often only the literal content of the area under discussion is given consideration.  We may not always sense God’s Word as treasures hidden beneath the surface of verses that make up each chapter.  God speaks to our hearts through his Word on common, ordinary matters that we in secret rationalize for ourselves or search for explanations and answers.  In our quest to realize the reassurance and affirmation we individually seek, our resolution begins with the Word.

At the onset of each chapter, scriptures are presented to set in motion revelations that follow in a down-to-earth manner with realistic implications uncovered from the Word.  Mind Power reveals how knowledge is a powerful tool and to be short of it may lead to forms of destruction within our own parameters.  God Meets us Where We Are shows us that deep in the fragility of our self-worth are the answers to life’s thirst for satisfaction.  Positioning illustrates the importance and place for order and progress in our lives.  More than Enough proclaims the Creator’s unyielding flow of abundance as constant and steadfast.  Containers of Power makes known our ability to create and influence with words.  Self-Portrait challenges us from being what we are to becoming who we are.

This compilation of heartfelt writings will allow the reader, through the Word, to understand depth and insight from some of life’s common events.  The practical and simplistic conversational style offered by the author will cause the reader to ponder personal introspect and self-evaluation, while being inspired, enlightened and encouraged.

Janice Johns Redman made her start writing as a contributing writer for several magazines, and as a freelance writer for small business owners and non-profit agencies.  The author’s talent also extends to her vocation, where it serves as an integral function in her profession as a procedures writer.  The author completed graduate studies at in Human Resource Administration and lives in her native town with her husband Kevin.  They have a daughter and granddaughter, Tiffany and Aniah Faith, respectively.