Strength can be found where you least expect it. 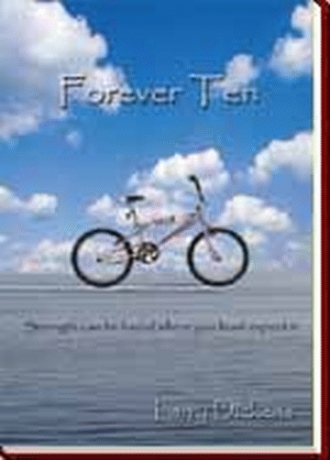 Stepping outside, Tyshaun and Fousseny had a better view of their surroundings than on the previous night.  Both boys' clothes were still damp and clung to their skins and their hair was matted.  They realized they were in the middle of a jungle.  The rain had stopped and the sun was just beginning to poke its moist rays through the thick canopy of trees.  The room where Tyshaun had spent the night was a one-room, mud-brick shack with a thatched roof.  Nearby, he saw five other similar mud shacks.  In the middle of the shacks was a cleared out, dirt yard.  A ring of rocks and black ash in the center of the yard formed a spot for a campfire.  It was full of ash mud.  Several logs lying on their sides and placed around the campfire served as seats.

A short distance away Tyshaun could see the brick farmhouse they had passed when they had arrived.

Boys began to emerge from the other mud shacks.  There were nineteen in all and they gathered around the dead campfire with a plate and cup in hand.  One by one, they sat on the logs that surrounded it and stretched and rubbed their eyes.  They filled their water cups from an old barrel that caught rainwater.

A young girl suddenly appeared with a large iron pot.  She bustled around serving the boys their breakfast, dishing out with a wooden spoon a corn maize porridge-like substance onto their plates.  She was a beautiful and petite girl, but extremely nervous and twitchy.  Tyshaun thought she may have been the girl he had seen in the window the night before because so far she was the only girl he had seen in this dreaded place.  Also, because she had fresh bruises on her cheeks.  He recalled the sharp slaps he had heard.  The girl was a few years older than he; perhaps thirteen or fourteen.  Her black hair was short, but she kept it neat by dividing it into sections and braiding it close to the scalp, much like cornrows.  Her eyes were large, but there was no sparkle.  She possessed a diminutive nose and her ears were pierced.

She handed Tyshaun and Fousseny each a plate and cup.  Her eyes met Tyshaun's briefly and a cautious, but brief smile flickered across her gentle mouth.  Tyshaun, being one of the new arrivals, made him a curiosity.  She then quickly looked away and placed a spoonful of porridge on his plate.

"Thank you," Tyshaun said to her.

Their eyes met again, but she said nothing.

When all of the boys had been served she took her pot and headed back to the brick farmhouse.

As Tyshaun attempted to eat the bland-tasting porridge, he looked at each of the boys around the dead campfire.  The boys ranged in ages from ten to sixteen.  They appeared tired and worn out.  Their clothing, mostly shorts and T-shirts, was ragged and holed.  Most of them had scars somewhere on their thin bodies.  There were scars on their faces, their arms and legs, and on their backs and chests.  Some were injured, too.  One boy was missing a finger.  Another had part of an old shirt wrapped around his left ankle and he limped.  One boy was sick and coughing.  All had bare feet, except for Tyshaun.  Just like Tyshaun and Fousseny, their shoes had been taken away.  All of the boys looked like they were veterans of a long war.

They heard footsteps coming through the brush.  One of the boys whispered, "Souliman."  Tyshaun and Fousseny looked to see who was approaching.

The portly man appeared.  He carried a coiled whip in his right hand.  It was the same man who had struck him and locked them up the night before.  His name was Souliman.  Tyshaun noticed the boys quickly gobbled up what little remained of their porridge.

Souliman barked something and the boys jumped up and took their plates and water cups to their mud shacks.  Tyshaun did likewise.  While inside, he removed his dirty, wet socks to allow his feet to dry.  A moment later they all returned outside and Tyshaun and Fousseny followed the boys to a wooden lean-to nearby and watched as the boys each grabbed heavy tools.  Souliman looked at Tyshaun and Fousseny and barked something.  He then gave a quick nod toward the lean-to.  The other boys picked up their tools and held them up in front of the newcomers to show them what to take.  Souliman came over, selected several tools, and tossed them to the newcomers' bare feet.  They consisted of a long-handled knife, a machete, and a mallet.  In addition, they were required to take a basket

This is a tale of what might have been for a little boy.

After his best friend is killed by a drug dealer's stray bullet, a young, inner city boy runs away from his crime-ridden neighborhood.  His incredible journey unexpectedly takes him to a place where children are enslaved.

Along the way, he befriends and helps a young girl who has a horrible secret.  In helping her, he learns that running away is not the answer to solving your problems and discovers that strength can be found where you least expect it.

Larry Dickens graduated from the and holds an unlimited oceans master's license.  In 2000, he completed a 24-year maritime career where he spent most of his seagoing time aboard liquefied natural gas supertankers operating in the Orient.  He writes purposeful, young adult novels

Mr. Dickens welcomes your thoughts about this book and can be reached at SuLindHill@aol.com.  Visit his website www.LarryDickens.com for his latest book releases, press, and useful links.