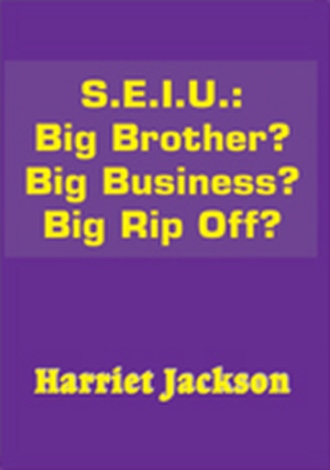 To successfully change the original mindset that the union belongs to the members and that the members have a final say-so in the matters,  you have to try and get rid of the old heads that know that that is the way it supposed to be. You have to shut them up. Stripping us of our voting power was the foundation of SEIU’s plan. Ever since that had been done (finally with ousting of Rosemary Trump), SEIU has been eating us up. Andy Stern (SEIU International President) told former president Billy Joe Jordan, that his problem was  that he fought too many grievances. When the contractors violate the contract, that is what has to be done. Now, when we file a grievance we are told that management is right. Even though the opposite is written in the contract. Members are disciplined for acts they did not commit. When a grievance is filed. Nothing. The officials pick and choose who they are going to fight for and how hard. When that contract is being violated, it is illegal for SEIU not to uphold it. Not only is the employer performing an illegal act the union is too. Yet SEIU mocks the members, laughs in our face as John Listisen does, and tells us that there is nothing we can do about it. Then the labor board agrees with the illegal acts. I can say that if we were able to find a lawyer to fight our case it would have made a difference. Not only members from my building, but other buildings too, are saying and asking, why are we in this union? SEIU is in with management. We may as well not file a grievance, nothing happens. They are taking our money and not fighting for us. When are we going to have another membership meeting? All of the feedback I get, I tell them that it is not about us anymore, it is about them (the union officials). That is why I wrote this book. I wrote it to bring attention to what is really happening in the “working families union” SEIU. I want to let other members around the country know that this is not the way it is supposed to be. And I want other members to know that if the same things that are happening to us are happening to them that it is illegal. Class action lawsuits are encouraged.  I believe that people that apply for such jobs in the cleaning industry should have a choice whether to join SEIU or not. Maybe politicians should introduce laws concerning “closed shops”. And there should be laws set by politicians that would allow members to withhold dues when the “union” violates the contract. That’s right when the union violates it. When they don’t uphold it they are  in violation. I also believe that their needs to be a serious overhaul of the National Labor Relations Board. They need to be accountable to another government agency, like the  Department of Labor or even the Justice Department. When they allow the laws to be broken they need to stand accountable. Isn’t that the American way?

S.E.I.U. Service Employees Internation .  The “Working Families” union.  The “Justice for Janitor’s” union.  You purple and yellow signs, you see the marches and rallies.  Now, take a look inside the S.E.I.U. Building Service Division in Pittsburgh, Penna and how S.E.I.U. union officials clearly helps cleaning contractors to falsely eliminate union jobs, help contractors to build false cases against union members and consistently and blatantly violate contract agreements.  Then see how the National Labor Relations Board deals with these illegal actions of Service Employees International Union and see how S.E.I.U.  International President Andy Stern deals with the issues.

Harriet Jackson was born and raised in In June of 1980 at the age of 20, she began working at one of the major banks in town, in the housekeeping dept.  There she joined S.E.I.U. Local 29.  Several years later she went on to become appointed shop steward and contract negotiator committee member, and recording secretary and executive member for local 29.  Today she is in her 24th year at the same site and is a member in good standing of S.E.I.U. local 3.