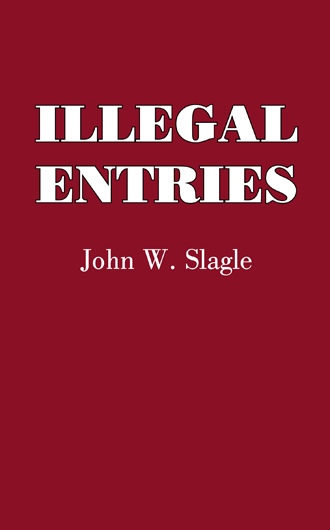 In June 1972, with four years military service, experience as a Fire Department Medic and Commercial Pilot, accepting a position with the United States Border Patrol was a career opportunity that I have never regretted. In over three decades of Service, I have served with some of the finest men and women in the nation that have worn the shield of the U.S. Border Patrol with pride, and integrity. Agents were trained as Immigration Officers, with U.S. Customs authority and if required, could act as deputy U.S. Marshals. Through the years political policies and agendas have hampered the efforts to control “illegal immigration and the Nation’s Borders. Many fine Agents were killed in the line of duty and are listed on the honor rolls. A few others have also disgraced the position, service oath and violated the trust of all in uniform, their partners and friends.

The United States Border Patrol Academy class in 1972 was comprised largely of Viet Nam era veterans from all branches of military service. Navy and Marine carrier fighter pilots, U.S. Army Helicopter pilots, officers to former enlisted personnel were all represented in the class. Many of these people were true heroes, highly decorated for military courage and valor in a time when it was not fashionable to be a veteran, to wear the uniform of the United States. Medals meant very little in the civilian world, where discipline and teamwork were not in demand, nor an attitude of understanding. In a very real world, 12,000 miles from the United States, military units still fought and died with regularity .The occupational specialties gained in military service were not particularly endearing to most prospective employers.

The U.S. Department of Justice was providing 5 and 10 point preference for military veterans in law enforcement positions, and the U.S.B.P. needed Agents on the Southern Borders paying $9,053 per year after academy graduation which was a good salary in 1972. The Border Patrol Academy was located at Brownsville, Texas and the five month intensive program covered complicated immigration laws, conversational Spanish, physical training, firearms, self defense, first aid and other required courses.

Three of us from the 101st academy class were assigned duties at Presidio, Texas; a hardship designated station on the Rio Grande River, Marfa Sector. The first impression of the town was a “wind whipped” collection of decaying adobe houses, a few dusty stores and the Port of Entry to Mexico. The only doctor in this small border town was not allowed to practice medicine outside of village limits, but for local injuries, illnesses, he was the best available in an emergency. There was no television and radios received only a few Mexican stations. The area was remote and primitive, but beautiful in a way few can imagine. The pristine desert and mountain canyons were as they had been from the beginning of time with only the passage of man corroding the environment.

Spanish was the language spoken by all the locals, and the summer heat when someone bothered to report temperatures was usually the hottest in the State.

The townspeople and rural residents were good people, hard working and honest, just basically getting by, day by day. On both sides of the small village were large fields of Cotton and Onions. Both locals and Mexican nationals worked the fields, which was hard, backbreaking labor. The combined heat and high humidity of irrigation was oppressive. True to Texas, everything was larger than life including the “critters” that ranged in size from six inch long red centipedes as thick as a fore finger, to large Vinegaroon whip scorpions and rattlesnakes. Swarms of hungry mosquitoes that bred in stagnant mud pools created their share of misery on both sides of the Border.

Across the Rio Grande River, Ojinaga, Chihuahua Mexico was a town much larger than Presidio, with a population of around eight thousand people. Adobe stores, a hotel, and homes spread out from the center of Ojinaga to the Mexican military outpost commanded by El General, a fine old gentleman known and highly respected by U.S. Authorities. An ancient vehicle bridge linked both nations. At 2400 hours, U.S. Customs closed the Port of Entry and vehicle access from Mexico by padlocking the bridge gate. Mexican Customs and Immigration Officials also shut down their inspection offices. A railroad bridge a few miles east also was a gateway to and from Ojinaga that was used more often by people than freight shipments. Rowboats also were used to transport illegal aliens or contraband across the deeper sections of the Rio by day or night.

East of Ojinaga, well separated from the main part of town was “La Zona Principal”, a small meandering collection of cantinas and brothels.

The Zone was largely under control of one man, who owned several Cantinas and a stable of prostitutes. El Toro, as he was called, also controlled much of the narcotics that entered the United States through his area. In 1972, the State of Texas had very strict narcotics laws. Several “joints “of marijuana found on a person by law enforcement officers could mean years in prison. The smuggling of large quantities of marijuana into the United States was also big business in that period of time.

ILLEGAL ENTRIES is about the U.S. Border Patrol, illegal immigration, narcotics interdictions, Terrorist factions and failed political policies spanning three decades. The views expressed are from field experiance, and provide an explanation why ten to twelve million illegal aliens. from people seeking work; criminal classes to terrorists are now in the the United States. ILLEGAL ENTRIES are people from any nation who enter the United States in violation of Immigration laws set by Congress. Law enforcement of those laws were early priorities of the United States Border Patrol and Immigration Criminal Investigators. From 1972 to 2003, Congressional policies continually changed Immigration law that created more problems than were ever solved including the first blanket Amnesty in 1986. Politicians from both parties in Congress in a quest for cheap labor and votes created the monster that is devouring the United States of America from within.

John W. Slagle served with the United States Navy, Aviation Patrol Squadrons 31 and 41 from 1963-1967. From 1968 to 1972, he was a Firefighter-Rescue-man and Lieutenant for the St. Joseph, Missouri Fire Department who resigned to accept an appointment with the United States Border Patrol. From 1972 to 2001, the author was a U.S. Border Patrol Agent, Intelligence Officer, Tactical Unit Medic, Sector Aircraft Pilot, and spent ten years in undercover assignments as a U.S. Special Agent in Anti-smuggling operations. 1998 to 2000, he was a U.S. Intelligence Research Specialist at Arizona HIDTA and logged Narcotics cartels, suspected Terrorist Illegal Entries, as well as Border Incursions by Mexican Military and Police. As Senior Intelligence Analyst on September 11, 2001, Slagle was on Command Post Duties at Regional HQ establishing data links and information for authorities nationwide. Education: Bachelor of Law Degree, F.A.A. Commercial Pilot, Single and Multi-engine Aircraft, Instrument Rated, Certified Master Gunsmith, U.S. Intelligence Analyst, Forensic Science/ Evidence Technician and Nidan, Second Degree black belt instructor in Iaido, Japanese swordsmanship. He lives with his wife in a rural area of Southern Arizona. This is his first book.