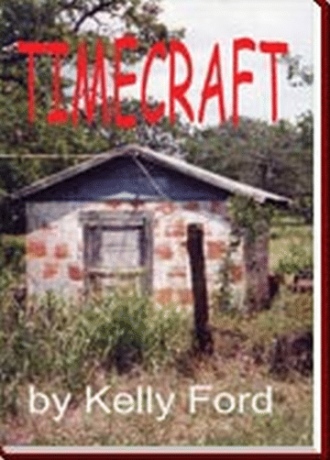 The only time we got to talk anymore was at the kitchen table. Charli stayed busy during her day not only keeping the home fires burning but taking care of all the vast and sundry things it takes to make a house a home. She cooked and cleaned and ironed and visited and shopped and made it possible for me to work so very hard and long on something we both knew was mighty important. She wasn’t employed now but had always been the best worker in any workforce she found herself in. At mealtimes she always asked me what I was up to and to find out if anything was of interest to her. Naturally I always tried to sound fascinating and as if everything I was doing was of the utmost importance and of a life or death situation, but it usually wasn’t warranted. I could tell by looking at her bright eyes if I was catching and keeping her attention. I usually failed. She never cared about politics or the business aspects of the Holoscape. But when I started going back in time to discover all our roots then her eyes and ears perked up, considerably. I discovered that she had Native American ancestry in and that my great grandmother was a full blood Native American Indian from . Over the past two months I had made a concerted effort to find mankind’s origins and to see how far back the Scape would allow me to go. I spent more than a few sleepless nights and even missed a meal or two on several occasions. Dealing with and looking at hundreds and thousands of years of past reality, or a hundred times that amount would take a marked toll on anyone and could take more time than I’d been allotted here on mother earth. You can’t just go day by day and accomplish much. And it isn’t like you have set dates or places to go to observe the best examples. It takes time, too much time, and extra time I don’t have. So, I got around to condensing most of it, to give a birds eye view of what I saw taking place. Interpreting it wasn’t a problem. The truth was right there in view, I could all but touch it. Some of the languages I ran across, if they were languages, simply got lost in the translation. The Scape’s translator component didn’t seem to work at least some of the time in the distant past and at other times the tribes or peoples I visited just didn’t say much at all. The farther I went back, with continental drift and tectonic plates at work, I couldn’t pinpoint certain locations even with latitude and longitude to compare them with most known maps. One of the first things I had to do was throw away all my preconceived notions about what I had ever been told or learned about history and prehistory.

The crack in the proverbial egg is about to bust open. One of the world’s most primordial enigmas is soon to be revealed. It is an object of timeless proportions. This mysterious adventure begins in the life of a young boy who discovers the location of a treasure worth more by far than any pot of gold at the end of the rainbow. As he grows up he wonders if it’s not just the mad ramblings of his grandfather’s legacy. He deciphers the code and finds a sentient device that can show him all facets of any moment in time. Not a time machine but something far more profound, he views prehistory before Eden up to now and beyond as well as his eventful last day. The secrets it exposes and the event horizons it displays go beyond the distant reaches of space and time as we find the essence of truth imbedded in a fictional account. Its amazing revelations and significant implications can help mankind forge ahead into the unsettled future. We uncover among other things who the ETs really are, their leader and followers, as well as their purpose here on earth. Many other historical facts are not as they appear to be and we find blatant unexpected flaws in our most advanced sciences and theology. As he matures and handles this awesome responsibility, it transports us on an epoch journey we will never forget.

The setting of the book takes place in a quaint little town in Texas between Brownwood and Cisco. It traverses back and forth from there to with pivotal moments in . The main character’s name is cloaked to protect his true identity.

Kelly Ford was born in 1946 in . An unidentified find at his grandmother’s house as a youth shaped his future interests and drives. He served in the military from 1966-1970 and graduated with a B.S. from SWTSU, now TSU, in 1988. Writing is his passion. He continually researches and finds just the right topics and contents. His 1st book was “Ancient Signs of Deception” in 1998.