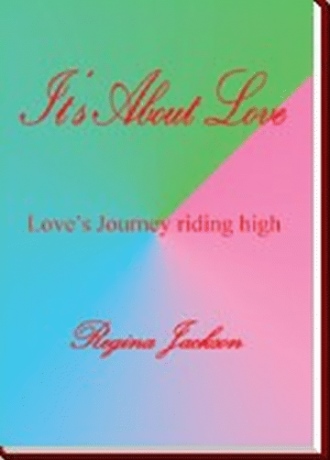 Nobody told me it was you, but the
way you put the key in the door, I knew
it was you because of the silence of your walk.
Your footsteps are light a baby and your energy
exudes like a man.
How can I ever explain how much your love
captures and penetrates me?
Let’s continue our journey of love and happiness together.
Let’s live together in intimacy to make things right as long
as we are together.
I want you to swell my heart with your love and surround
me with your intimacy.
Let’s go way underground to experience the true freedom
of love.

Many say you act like peterpan, but to me you are a real man of
truth and honest, lift me higher and put me to serenity.
Let’s crossroad the green line to expectancy, pick me up, carry
me over, and let our light shine with soul in our hearts brighter
for all to see.
I saw you and then you saw me, we can make this work.

Let doubts enter into their minds and lets those people
live in suspense expecting our love to failed.
Who care what they all think? As long as we are happy together.
I want you and you want me, those jealous eyes will appear.
Let their wandering minds wander until their minds get tired.
We can both tell them to mind their own business and we will
keep going to expand our true sense of love.
Let them burden their dirty minds and we will continue to
lift our heads up high.
The journey for me and you have just begun to heaven’s
highest honor that’s living in peace with love in one’s self
worth.
Appreciating the golden treasure of living in love because
love has capture the both of us.

It’s About Love, is a poetry book that helps to bring back the refresh feeling and the youthfulness of true love that should always flow in a relationship. Love is universal and loving yourself is life’s true love. So many relationships are failing and have been lost for many different reason and personal desires. We not only should be thinking about ourselves, but also trying to please our partners as well.  To make the whole be complete. To come together to unite as one.

Regina Jackson, wants you to enjoy this love poetry book with your mate or by yourself to help renew your determination, personal desires, feelings, and love with your partner. Let love be revealed in you in a new different light by making it happen with your mate and to believe in the love of making love. Also, to enjoy every bit of it. When you read her love poetry, you can experience different flavors of experienced love and dream about it. She wants to bring hope to old and new relationships that can last a lifetime not just for the moment.

She believes that there are good women and men who can enjoy their space, time, and life with their mate.  Her mission is to get people to love and feel and that there are worthy of love whether by themselves or with a mate.  No one said that love is easy, but with our hearts we can imagine it with our lives.

Regina Jackson, wants her poems to reach all audience no matter what lifestyle that you choose to live. This book is based on love, friendship, and true commitment.  She wants to help you to bring out the real love that lives inside of you and to share your love with your partner.

True love is based on true friendship that friends eventually turn into lovers and that can sustain for a long time. Peace be with all those who want to be loved and surrender to it to make this world a better place to live in harmony with love.

When Regina Jackson, was in grade school, her teachers always wanted to put her in a higher English class because they thought she had the potential of succeeding higher academically.  She always refuse because she wanted to be with her friends. This continued throughout her schooling years. Years later, she suffered in college because of she missed the basis English structure in grade school and she to retrain herself again.  When she attended in , , two of her professors thought that she was illiterate because of her writing skills, but when they look at some of her other higher grades and recognize this wasn’t the case, one professor opinion changed.

While attending, the University of Maryland, she experience the same problem, but this time her professor, Bob Horn, who was a independent six credit instructor, told her what the was problem was.  Her sister Renada, should her in the grammar book the correct grammar usage.

From there, she took off and ran with it and continue to major in Communication at .  Thanks to all those who encourage and cared about her. Her Technical Writer

Professor, Dr. Roth, insisted that she apply for an  intership the following year, but that was her last semester, in which, she completed her Bachelor’s Degree in Communication.

She states, “When I went to the , I felt that the professors care about me and wanted me to succeed.  I believed in myself and stayed on the dean’s list until my last semester. “I couldn’t wait for it to be over “.  Thanks all those who kept encouraging me.