by LOUIS A CAVAGNARO 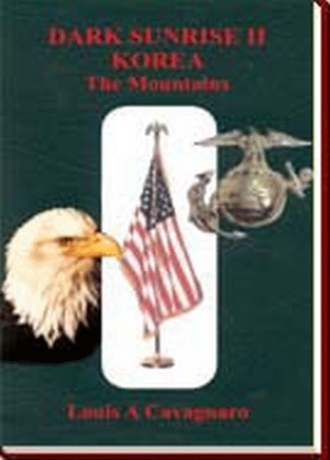 I am Lieutenant Andrew Woods, your new Platoon Leader.

Trace salutes. Turning to the men he informs them they have a new Platoon Leader.

Lieutenant Chinn and Woods meet while on the move. They both know what their job is. They also know it is going to be difficult getting out of this trap alive. Both platoons move on the opposite side of the road. CCF can be seen running in the ridges. It is going to be a choir keeping them from attacking from the ridges. The howling blizzard bears down the road in renewed frenzy temperatures are 40o below zero.

Rossi is walking in front of Lieutenant Chinn and suddenly falls to the ground. Sergeant Trapp helps him to his feet. What is it Sarge old age.

Rossi grins, “Keep going Trapp or I will find something for you to do.” He says.

RCT-7 is now moving across the mountaintops driving the Chinese off their position of advantage and spearheading the fight to Hagaru-ri.

Marine dead are placed on trucks, bringing our dead out with us by order of the Commanding General 1st Marine Division. The wounded ride wherever possible and carry extra ammunition for those who will fight. Badly wounded are tied down on the hoods of vehicles. The men have rations but the rations are frozen like the water in canteens. One wounded Army veteran from the 7th Division had fought at the battle of the bulge gives some advice. Put the rations under your arm along with your socks. That way you may at least be able to chew the rations and have dry socks. Marines are grateful for that bit of information.

CCF attacks trucks in the division train carrying the wounded. Gibbons and Quinn’s platoons move up on either side of the road. Due to a howling wind coupled with a roaring blizzard visibility is poor. It is soon apparent the attack is directed at the trucks loaded with wounded. The CHICOMS intend to destroy every truck and kill every wounded man in the column.

Lieutenant Cadek deploys his men with the knowledge he does not have the protection of supporting weapons. We will defend the wounded. Whistles and bugles signal an assault in force. Like ghost appearing out of the fog and snow they attacked.

Lieutenant Sanchez is providing supporting fire from across the road. The enemy is being slaughtered and begins to pile up. Still they keep attacking Cadek’s platoon.

Gibbons can see Qjuinn is in trouble. Ignoring their losses the enemy continue

the attack. Lieutenant Cadek is killed when the enemy slams into Quinns position. Quinn then looses his machine gunner and assistant gunner who are killed. He and his men are now fighting hand to hand. Sheer numbers is overwhelming them.

Lieutenant Sanchez orders his men forward and they move up with Quinn. For every one of the enemies they kill 3 take their place.

Quinn takes 2 rounds in the stomach as Gibbons is fighting his way toward him. A CHICOM soldier pumps 3 more rounds into Quinn’s chest as he falls to the ground. Gibbons runs amok. Grabbing the 30-caliber machine gun he rips it from the supporting tripod, holding the machine gun waist high he opens fire blowing the enemy away from Quinn. Then proceeds to kill them all. Two of the enemy run out of ammunition and drop to the ground begging for their life and Gibbons blows their heads off. CHICOM are dropping like leaves in a tornado. Two dozen of the enemy is killed then Gibbons continues firing killing two-dozen more. The gun barrel glows pink then red, and then cherry red. The red-hot machine gun scorches Gibbons hand who ignores the pain. Reaching Quinn he drags him from a hill of bodies. As he places his friend on the ground with his arms folded across his chest three rounds tear into his back. Picking up a BAR he starts firing, cutting a bloody path through a hoard of enemy soldiers. They are chanting what is apparently a death chant. Four more slugs tear into his chest and he falls back alongside of Quinns body.

Lieutenants Chinn and Woods have ordered their platoons to attack with bayonets, grenades rifles and grenades. Enemy dead are piled six feet high and still they surge forward.

The 7th Marines attack from three sides driving the enemy back into the guns of the 5th Marines. Hundreds of the enemy has been killed.

Trace and Rossi were leading men of the 5th Marines when they come upon the bodies of Quinn and Gibbons.

Trace drops to one knee and in anguish utter two words “Oh God!”

Rossi looks into the heavens blanketed by a raging snowstorm, his beard encased in ice and shouts, “Lord my very soul is scorched.” Men of both their platoons are watching as they walk over to the bodies of their two friends.

They bow their heads and Rossi speaks “Lord, you have called to your side two more of our friends. These two Marines join others of our squad you called to your side. Surely there is a place for them in your honor guard at the gates of heaven. For like the others they understand the meaning of loyalty, dedication and honor.” He then reaches over and takes Quinn’s wedding ring from his finger. I will personally deliver this ring to Teresa.

Trace said, “I will cover you and your men while they place the bodies of our men on the truck.

Rossi directs Sergeant Trapp to have the men his men place the dead on trucks designated for that purpose.

Rossi for some reason cannot hold the pen in his hand so Trace prepares a list for the action report that must be written. Of the two platoons led by Lieutenants Sanchez and Cadek defending the convoy of wounded, all have been killed in action except for Lieutenant Sanchez and Squad Leader Haggar both of whom are wounded but still alive. Corpsman Juan Rivera is treating them.

Trace and Rossi assemble their men in route column formation and start to return to the rear of the division train. As Rossi is walking he falls to the ground and has difficulty getting up.

Rossi asks Trace to move on, I need a minutes rest. Trace sits next to him in the howlin 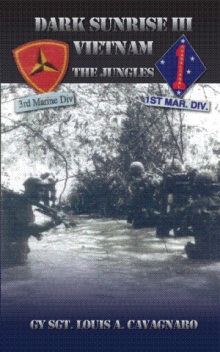 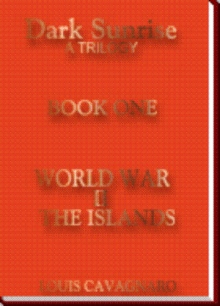 , the forgotten war is brought into focus

This is a story of love, passion and war. It wrenches men from the arms of the woman in their lives with no warning. A warm parting embrace a lingering kiss and the haunting wisp of cologne is the passport to unrelenting, unforgiving combat.

It wrenches men from the arms of their woman and places them in landing craft -racing toward a hostile enemy beach being pounded by aircraft and ships.

Bringing an under strength 1st Marine Division to full strength on its way to -combat was incredibly challenging even for the Marine Corps.

Men reported for boarding AP A in civilian clothes. It was necessary to issue uniforms, equipment and rifles minutes before casting off lines holding the ship to the -pier. Crash programs are initiated aboard ships at sea to prepare these men for combat. Fortunately officers and non-commissioned offers were combat experienced and ready for combat.

The woman left at home prepares the children for school or are pregnant and visiting the doctor. When asked, "where is daddy" the reply announced by the President of the was "Police Action."

With the onset of World War II he enlisted, ultimately becoming a professional marine. He writes of and with knowledge.

On the he promised a friend if he himself survived the war their story would some day be told. That is the driving force behind his writing.

His first book in the Dark Sunrise Trilogy, "Dark Sunrise WW II The Islands was published in 1999."

With the publication of Dark Sunrise Korea while difficult for him to write it placed him on the path to inner peace.

Research is currently underway to complete the last book in the Trilogy. It will not be over until Dark Sunrise Vietnam is published.