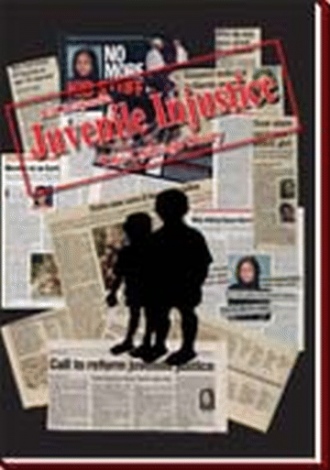 Officers Pisano and O''Brien were tired.  Over 24 hours ago, a report had come in about a missing 11-year-old girl.  Someone downtown had turned up the heat; the department had over thirty officers - nearly half the shift - canvassing the entire south side, looking for one girl.  Pisano and O’Brien had been searching for the past 16 hours; their eyes were now bloodshot, and they needed coffee.  That was what they hated most about ...there was never any coffee to be found in the neighborhood.

Big Ride spotted Officers Pisano and O’Brien; his eyes followed their every move. The car stopped and abruptly made a u-turn, tires screeching.

He couldn’t know that the officers had more important things on their minds; Pisano had suddenly remembered there was a at 79th and Halstead, and they drove by without noticing Big Ride. He breathed a sigh of relief.  Big Ride knew there would be a lot of cops around. He saw the evening news and he didn’t like what he saw. Not only was it not good for business, it had the potential to compound his legal problems.

Ryan Harris, age 11, was missing.  Her mom was crying on the television, asking for anyone with information to call in. Later on that evening, flyers with the missing girl’s picture were placed everywhere...on lampposts, street corners, and fences.

Big Ride knew it was time to leave. He sold drugs; finding missing people was a job for the police and he wanted no part of that. He didn’t feel comfortable walking the streets or standing on his corner, so he decided to hit the tracks.

The tracks, a pathway that ran alongside the old railroad, cut through people’s backyards, empty lots, and through the dense brushes bordering the railroad.  Only locals and folks looking for mischief used it.  There had been a thunderstorm the night before, so the path was still a little wet and slippery. Big Ride started to cuss. He felt like the Jungle man on TV, but what was pissing him of the most was the fact that he had just bought the Fubu sweats he was wearing.

“Two hundred and twenty-five dollars to walk in some damn mud,” he said to himself. Big Ride some how managed to get all 280 pounds of himself up the slippery slope. Big Ride got his name not only from his girth but also from his height. He was massive, standing six feet six inches tall, and he always wore a scowl on his face. When he got to the top, he decided to walk parallel to the tracks. This way no one would spot him from below or from the other side. He plotted the map in his head. He would walk straight for about quarter of a mile and then cross the empty lot and walk down until he got to .

On the south side of , was the hot spot where prostitutes, drug dealers, and gangs ruled.  Once an up-and-coming area called Blues Central, it was the heart and soul of . Known for the blues and soulful bebop rhythms of men like Dizzy Gillespie, B.B. King and Miles Davis.  In those days, young women dressed in feathered hats and silk stockings would strut down accompanied by their men in three-quarter-length suits with their fedoras tilted to the side making proud. 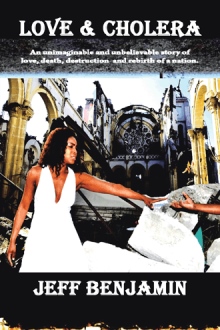 After 4 years of research and with the help of Judges,Police officers and Elected Officials  and the production of sealed files.The murder of Ryan Harris is finally solved.Follow the path of destruction as the City of Chicago attempts to railroad two boys 7&8 making them the youngest accused murderers in the history of the US.

BASED ON THE TRUE STORY

"Let every man who believes in his heart that there is right and wrong in this world.Choose the right path and follow his heart."

His positive messages and reflections is known worldwide.

Jeff Benjamin is the single father of two boys (Juergen and Giovanni).  He has lived in ,, , , and has visited over 50 countries World Wide.

He believes in the struggle for justice and equality for all. Jeff has worked in many different fields but has always been a writer. Always freelancing and writing in his spare time.  He is currently working on his 2nd Book which is also based on a True Story that rocked the Nation.