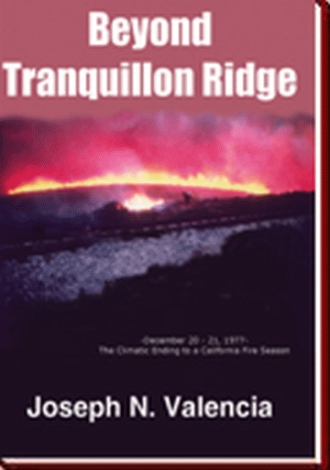 It had been a long and nasty fire-season during the summer months, but no one had truly expected another wildfire, so close to the beginning of winter and only five days till Christmas!  Yet here it was, a fast moving brushfire burning across the north slope of Tranquillon Ridge.  One burn over had already occurred just below Building-500, and now the fire was racing parallel with the ridge--heading for the ocean.  The fire had not yet reached the bottom of the canyon.  But it was the winding bottom section of Honda Canyon that would prove to be the most deceptive of all.  It's sheer depth is hidden by the surrounding ridges from seemingly every direction, and this created a stumbling block for the Vandenberg and County firefighters, from which they would never fully recover.

A memorial was held for Colonel Joseph Turner, fire Chief's Billy Bell and Gene Cooper, and Mr. Clarence McCauley in May of 1978.  It was a crisp blue day with high wispy clouds and a cool wind that blew against the tops of the tall Eucalyptus and Cypress trees positioned around the base chapel, and yet it was warm at ground level.  A terrible wind blown brushfire had come to South Vandenberg, then four months of rain, and now it was sunny again.  The surviving wives, sons and daughters were gathered in the front rows.  Other people gathered around the stone memorial and wathced the ceremony in reflection and silence.  Some cried, mostly it was quiet. 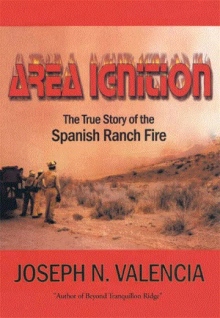 Beyond Tranquillon Ridge is a story about a phenomenon called firestorm.

In his riveting account, Joseph Valencia follows the individual characters of this tragic wildfire, from the high command; including fire chiefs and generals, down to the men on the front lines; the firefighters and airmen.

Beyond Tranquillon Ridge is a place and time that stood still for twenty-four hours. It is a story of devastating wind, explosive fire, and the stranglehold of human drama—amid the secret space launch facilities of Vandenberg Air Force Base.

Drawing on more than one-hundred interviews, Mr. Valencia re-creates the experience while his narrative describes the confusion and fear that was part of the worst fire in Vandenberg’s history—the “Honda Canyon Fire.”

’s detailed research as well as his own personal experiences completes a puzzle of nature gone wild and man’s attempt to control it. The story ties together the physical and human dynamics that led to the deaths of the Air Force commander, two fire chiefs and a heavy-equipment operator.

It is a sweeping reconstruction of a significant event that changed the fate of Vandenberg for years to come.

Joseph N. Valencia was born and raised in and has lived in the for most of his life.

He attended Allan Hancock College and the University of Central Florida.

Upon leaving the Fire Department, Mr. Valencia has worked in the Aerospace field for the last 30-years and is currently supporting Atlas and Delta launches for United Launch Alliance at Vandenberg Air Force Base.

He has written The Fire Season,  Beyond Tranquillon Ridge and Area Ignition. He resides in Lompoc California.