WHERE THE HELL IS INDONESIA, ANYWAY? 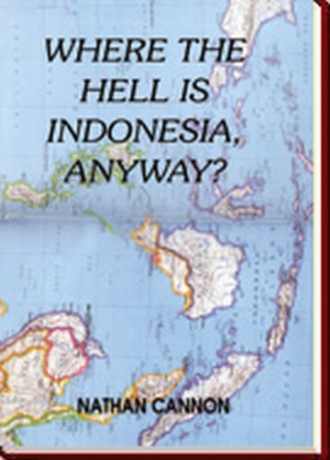 The serenity of the gently bobbing Catalina PBY flying boat was broken by the pinging sound of bullets tearing through the aluminum hull.

“Jesus!  That sonofabitch is shooting at us!”  Matt Saber screamed.  “Where the hell did he come from?”

“From the Dutch Air Force!  That’s where!” Tom Wilson cried back.

The P-51 Mustang with Dutch Air Force markings was turning in the late afternoon sky.  It was the most beautiful airplane in the world and had been the most effective fighter in the American Air Forces in WWII.  The Dutch had been a member of the Allied Forces in WWII and their air force in the Dutch East Indies was equipped with the P-51 Mustang.

Matt Saber and Tom Wilson, sitting in the cockpit of the Catalina were watching the Mustang like two chickens watching a cobra about to strike.  There was no place to hide, no place to go.

Wilson, in the pilot in command left seat, threw his hands up to cover his face while Saber in the CO-pilot seat crossed himself saying a quick prayer.  The two Indonesians in the back of the airplane simply held their breath, calling on Allah to protect them.

God was in his heaven as the fighter buzzed over the top of the floating PBY amphibian sea plane.  He did not fire.

“What the hell is that all about?” Matt asked.  “We’re in international waters, aren’t we, Tom?”

“You bet your ass we are.  The line is twelve miles from their shore and we are a good twenty miles out!”  Tom replied.

Tom turned the radio to the International Distress Code then called for any station to see if he could get a fix on their exact position.  On the third try he was answered by a Philippine station giving him his position.  They were twenty three miles off the Indonesian coast.

Wilson smiled at Matt.  “See?  I told you we were in international waters.  The Dutch can’t touch us.”

“Yeah well then, tell that to the sonofabitch flying that Mustang - ‘cause here he comes again!”

The P-51 Mustang roared over them again, not firing but letting them know he was still there.

“Tom, let’s fire this thing up and get the hell out of here,” Matt demanded.

“Okay, let’s give it a try,” and Tom primed the port engine then hit the starter.  The propeller began to turn, then the engine backfired and roared into life.  As it smoothed out, Tom primed the starboard engine.  Before he could hit the starter, the Mustang was back and this time he sprayed a line of fifty caliber bullets across the nose of the Catalina, kicking up a mountain of spray from the torn up ocean.

“I better shut down.  I don’t think he wants us to move,” Tom said in a trembling voice as he switched off the port engine.

“What the hell do we do now?” Matt demanded.

“Wait,” Tom replied.  “He can’t stay up there forever and it will be dark soon.”

“Not soon enough, Tom.  Look what I see,”  Matt groaned as he pointed to the south.

Coming over the horizon with a bow wave that looked to be ten feet high was a Dutch Patrol Boat similar to the PT boats used by the US Navy.  They must have been doing thirty five miles per hour over the relatively calm sea.

The Consolidated Catalina was loaded with arms and ammunition for the Indonesians who were fighting for their independence against the Dutch Colonialists.  Under the command of Soekarno, the natives had decided that war was the only way they were going to obtain their freedom.  Colonialism the world over was taking a beating in 1947. 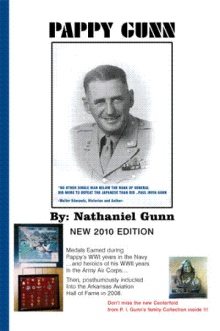 This is an exciting and adventurous story of flying, fighting, intrigue and sizzling romantic episodes during the Indonesian Revolutions of 1947, 1958 and 1990.  Indonesia, the most populated Muslim country in the World located on the steamy,.sweltering Equator, is even now a boiling pot of demonstrations, genocide and bizarre actions.

At l7 years old,  young Matt Saber (recently released from 3 years in a Japanese prison camp) joins the Indonesian Rebels against the Dutch flying supplies to the Rebels.  He is captured by the Dutch but manages to escape nearly losing his life in the process.

The year is 1947 and the battles go on until 1949 when Soekarno is declared President of the United States of Indonesia.  The deal that was made between Soekarno and Saber is broken by the new President giving Matt Saber his first taste of the perfidy of politicians.

Ten years later, Saber returns to Indonesia flying a P-51 Mustang wrecking havoc with the troops under his enemy Soekarno..  This new set of Rebels, after years of fighting finally overthrow the Soekarno regime. Matt Saber continues to amaze his compatriots with his bravery and survival instincts.

A new day is born!  Or so the Indonesian people thought but as it turns out they have only replaced one Dictator with a new one named Soeharto.

Years go by, Saber is comfortably living in the United States, when the call from friends in Indonesia once more lure him back to the Islands.

This time it’s not a shooting war, but one of intrigue and chicanery.  Matt
Saber, is in his 60’s and he masterminds a set of events that lands him in Salemba Prison for 18 months.  But in the end his plan works and the Soeharto regime is toppled.  A surprise causes his release from prison four months before his sentence is up.

Matt Saber’s hair raising adventures and ability to go the extra mile for the underdog, along with his penchant for romance in the strangest places, leave you wondering what will happen next and to whom.

The author was raised in the Far East, Educated in the Philippine Islands, was a prisoner of war of the Japanese at age eleven to fourteen, was involved in most of the revolutions in the Far East from 1947 thru 1990.  Has many friends as well as enemies in the countries he writes about.  One book published two years ago – All That Glitters by Nathan Cannon ISBN 0-595-16587-7