A CURIOUS TWIST OF FATE 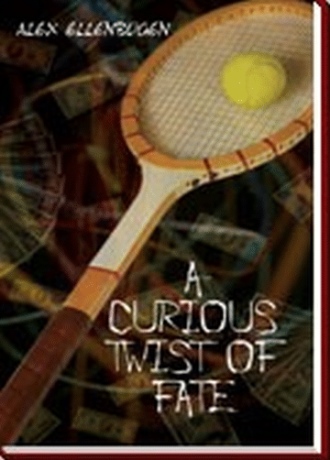 Droplets of sweat pock marked the little physician's bald dome and descended slowly down his wrinkled forehead and across his bulbous nose. He was slumped in his creaking swivel chair.

"That's a first, doc." the tall, well dressed chief of police grinned. "I never heard you admit to not knowing anything, let alone cause of death."

The coroner puffed strenuously until he got his huge Havana Corona going. He aimed billows of sweet smelling smoke at the ceiling.

"So you don't know what killed her, we don't know did she killed herself or did somebody off her." The chief baited the doctor.

There were few murders in Newsville. The Chief's meetings with the coroner were confined, over the years, to the few hospital deaths in which family members, dissatisfied with the medical treatment received by their beloved departed, tried to blame the local hospital or the attending physician for their loss.

In each of those rare cases, the coroner had clearly and unequivocally pinpointed the cause of death. His reputation for medical erudition was nation wide. He was a forensic pathologist, frequently called to testify in cases where large inheritances or substantial insurance payments were at stake. Why he buried himself in this small community, when he could easily have found a much more lucrative post in any big city, remained his secret.

Now this tiny woman, a member of the chief's community, was lying on the morgue slab, her pimply scalp showing through her sparse hair, her bulging eyes shut, no longer needing magnifying thick lenses. A knobby leg, webbed with varicose veins, protruded from under the sheet which covered the rest of her misshapen, sixty seven year old body.

Her husband had pushed the condo's emergency button. The security guard had called the police. Chief Garson, walking by the switchboard, overheard the panic in the caller's voice when he reported a dead body at the Bunker Hill Apartments. The Chief decided to ride along with the two detectives who rushed to answer the call.

"On the bathroom floor," Neil Wilson, the distraught husband, repeats for the third time. "I guess I shouldn't have moved her." He looks at the men imploringly.

He had carried his wife, the dead Lucille, to the bedroom, he said again, placed her on the bed, and pushed the alarm button beside the headboard. It rang in the guardhouse.

He forced himself to look at the corpse again. He remembered the woman. She showed up at commissioners' meetings whenever the recreation budget for the township was on the agenda. A tennis nut, he recalled, though how such a puny, near sighted, sclerotic body could hit a tennis ball was beyond him. He'd seen her limp into the meeting hall. He'd had no desire to see her on the tennis court.

Her husband found her naked. Covered her with his robe, he said. after he laid her on the bed. Her face, neck, hands, feet showed no visible marks. A more thorough inspection Garson left to the coroner.

The bathroom smelled damp. The Chief saw a wet towel on the floor. Moist tile in the shower stall. Must’ve showered, collapsed as she started to dry herself.

Pure conjecture, the Chief reminded himself.  Doc Zelder, the coroner, had found no lumps on her head, no severe bruises on her body. If she'd fallen in the tub or on the tile, where was the evidence?

Maybe she just lay down on the bathroom floor and died. Maybe she didn't die in the bathroom. Her husband said she did. Say he killed her. Ran the shower, threw a damp towel on the floor, pushed the alarm. Could have happened that way.

Zelder called her family physician. Pancreatic cancer. Showed up recently, the doctor said. The lab confirmed the diagnosis. There were traces of painkillers in her blood. Not enough to kill her.

Cancer. Not a bad suicide motive.

Garson grimaced. His gut told him this case would give him a great big headache. He didn't like headaches. He liked things to run smooth and efficient. He didn't like trouble, didn't tolerate it.

The Lucille Wilson case smelled like trouble. The woman should have stuck to tennis.

The Chief couldn't know how wrong he was. Sticking to tennis was what landed her in her present condition. 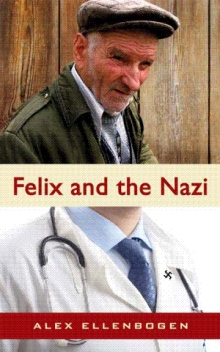 Felix and the Nazi
Alex Ellenbogen
$10.99 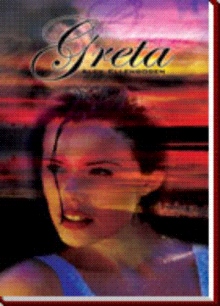 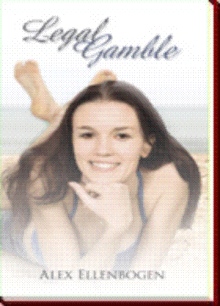 In this psychological thriller, will the police find a connection between the suspicious death of Lucille, the murder of Jeff, and the blackmail threats to Harry, a retired mechanic, and his beautiful teenage granddaughter Annabelle?

Will it take the help of a group of nosey but tenacious tennis players to rescue Harry and Annabelle?

The author is a semi-retired CPA and engineer. He divides his time between Pittsburgh and Boca Raton. He has been writing novels since his hip replacement forced him to give up tennis. His mystery novel GRETA was published last year.