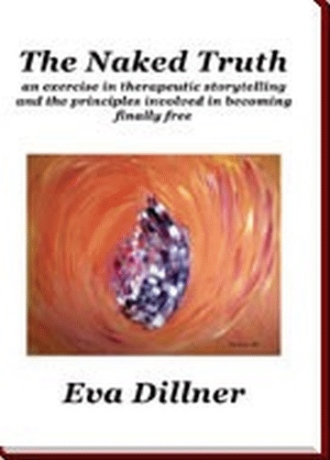 The inspiration to write this book came from a magazine article about me that appeared in Allas Veckotidning in (nr5/2002). The journalist wanted to understand some of the relationship issues I had faced, and asked me to write down some of my story. I ended up writing about my ex-husband. He originally seemed like Prince Charming but turned out to be quite the opposite. Jeff was an alcoholic, was mentally and physically abusive, raped me, put me through several car accidents and tried to kill me several times. I found that writing about my experience and the dramatic ending to our marriage on Christmas Eve 1979 was very cathartic. It was hard to write, I had to force myself to sit at my computer until I had sausaged my way through it. But the writing helped me release emotional energy that I hadn’t been able to get at before. It was an exercise in therapeutic storytelling.

When the article came out, I was a bit overwhelmed by the number of people who called me. What really got me was their reaction. They were stunned. I kept hearing I can’t imagine what it must have been like for you. Hearing their normal reactions was very healing and very touching. Tears welled up into my eyes and overflowed. I really got that what I had been through was not the kind of experience where you dust yourself off and bounce back into life. I had been traumatized.

Kairos Therapist Carol Logan, who has an extensive background working with abuse clients, says that telling your story is an important aspect of healing long term abuse. In telling your story you are finally heard and acknowledged. Or, as she coached me one therapy session It really was that bad.

So this book is an exercise in therapeutic storytelling. I’ve had lots of therapy but now I feel it is time to write my story as I remember it, and to squeeze out what remains of emotional wounds and betrayals so I can be free of the past, put it behind me and get on with the future.

In the past I have hesitated. I didn’t want to hurt the people I would be writing about. I suppose because of some misguided sense of protecting them. But what about me? If I tell my story truthfully, then that is what it is. If people would be hurt or ashamed of the action I attribute to them, is that not their responsibility? I can only be responsible for my own emotions and healing.

It’s impossible to remember verbatim what anyone said, and anything I describe will be colored by my version of the truth. The people I write about would likely describe the events differently, from their viewpoint. My intention is to describe what has happened to me for the purpose of healing. And to do it as truthfully as I can, without blame, and let the raw emotion surface and release.

So this book is about my truth, my journey, and as the saying goes the truth shall set you free.

The Naked Truth - an exercise in therapeutic storytelling and the principles involved in becoming finally free, is divided into two parts. The first part is called My Story. It is my exercise in therapeutic storytelling. The second part is called The Principles, where I further explain how to become free of the patterns of the past. There are also some diary entries of material that surfaced while I was in the process of writing this book. In the Appendix you will find a recap of my therapy journey. Although my story is presented in essentially chronological order, it was not written that way. Just like in therapy, the story did not unravel chronologically, but as one memory surfaced and cleared, another would make it’s presence known. My Story is written around key relationships that have affected me deeply, in one way or another.

My hope is that this book will be of help to therapists who want to work with clients whose histories are complicated and/or traumatic. I also hope that my writing is of help to abuser and abused alike. 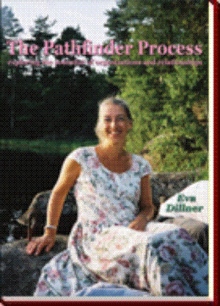 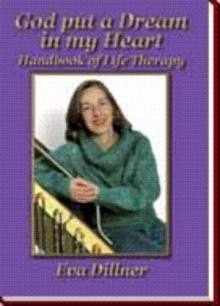 In her second book, Eva Dillner illustrates how therapeutic storytelling works using her own dramatic life as an example. Then she shows you how to do it yourself. It’s a spellbinding read that is more-ish.

“This book is dynamite. Eva’s honesty cuts through all the usual dancing around the truth that happens in most lives. Consequently its power to heal is considerable. For all truth seekers this book is a must.”
Carol Logan
former Co-ordinator/Counselor/Educator
Dunfermaline Incest Survivors Project
President
International Association for Kairos Therapy

“Thank you Eva for your honesty and your courage. You have inspired me to write down my own story ... a powerful, very touching and engaging book ...  you show the way for others and create possibilities for many.”
Monica Cederholm
Gestalt Therapist
Ledarskap & Harmoni

“I salute you ... for the gift of your insight into your past with all its pain and your reactions to it. Your book has a clarity around issues of self and other and gives many wise comments/illustrations of this.”
Rhona Campbell
Kairos Therapy Mentor/Instructor

Eva Dillner is a writer, teacher and therapist who has trained with the best in the business, from to and beyond. Visit www.divinedesign.nu

Eva Dillner is not a guru, she is just like the rest of us, doing her best to discover the true meaning of life.

“The dilemma with being a guru is that you are supposed to have all the answers. It’s much more fun to be able to fall apart and be human. There is a tremendous freedom in that.”

She has written two books God put a Dream in my Heart and The Naked Truth.

Perhaps more books. Perhaps a launch of The Creative Living Seminar – five days in the flow with dancing, painting, toning, meditating and philosophizing. Stay tuned on www.divinedesign.nu and make sure to sign up for her newsletter.