A Collection of Poetry & Probes 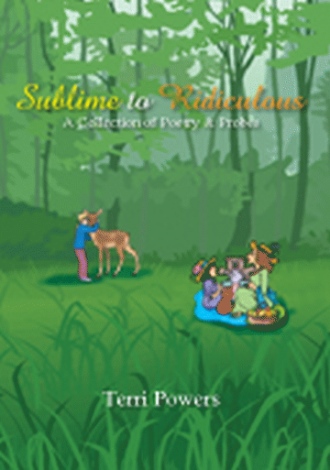 In those days, and in my neighborhood, there was a certain phrase that kids had learned to yell whenever they were struck with a great idea.  I don’t know where this started, whether it was just in our neighborhood, at our school or what.  But whenever someone was heard to yell this, the message was to stop what you were doing and look up, because something good was coming that you didn’t want to miss.  This phrase, yelled with emphasis, was, “Hey, yeah!”

Up in my room that day with Dean, my idea hit me like a Mack truck.  “Hey, yeah!” I exclaimed.

Dean looked up and I continued.   “You know how the grocery stores give out lollipops to kids when they come in?”  Dean’s eyes started dancing; he knew what I was up to.  I launched into the next part.  “We could make our clay candy and give it to the neighbor kids when they come around!”

This was motivation!  We got to work with fervor, creating “sweets” in mass quantities.

The Tootsie Rolls looked like milk chocolate; they were so light.  But the candy bars looked great for the same reason.  The gumballs were made of the dirty-gray looking yellow clay, were extra large, and were not always round.  Our excitement was in overdrive, so we didn’t always check for pointed and uneven areas.

Probably the most unrealistic items were the candy canes.  It makes me gag just to think how we did them.  Not only was the red clay closer to pink, but I didn’t have any white.  What I did have in my room was a chalkboard.

I spent a long amount of time rubbing a piece of chalk on my board, letting the dust fall into the chalk tray, and pushing it to the end of the tray into a cup.  After the canes were formed with the red clay, I didn’t even try making stripes with the chalk dust.  I just rolled them in the cup of dust.  If anything, they may have looked like Christmas cookies with powdered sugar.

Sometime during this venture, a change was made in our plans.  Rather than giving our candy to the kids, we decided to try to sell it.  I don’t remember whose idea that was, but it compounded our excitement.

I had a magnetic board in my room, one of those teaching toys that came with the plastic letters with a little magnet in the back of each one.  It had been a Christmas present to my sister a few years earlier, and had been passed down to me.  I decided to make a sign to advertise our new business.

I started out by putting our names at the top of the sign.  Feeling a generous need to be polite, I put Dean’s name first.  When he saw that, he got cheeky and said, “Oh, that means I’m First Boss and you’re Second Boss!”

I pondered this.  Let’s see – it was my room, my clay, my idea, my store, etc.  I immediately took down the letters and switched our names around. 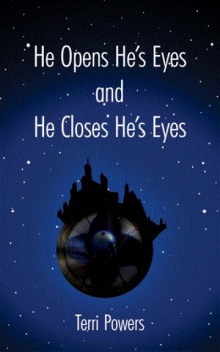 What you are about to embark upon is a wild roller coaster of potpourri, including deep tragedy, humor, naughtiness, danger-induced fear and completely impossible weirdness.  This is a compilation of poetry written since age 11, and true stories of events in my life.  Most of the stories are meant to impart a lesson to the reader, namely lessons learned by the author in the process of living them.   The more tragic stories have been written with the victims’ families in mind, and therefore do not seek to exploit them, but rather to give hope for their futures.

My poems have been inspired by magazine pictures, by my dreams, experiences, craft fairs or just the boredom of insomnia.  Some of the best pieces have hit me around 2 a.m. and I’ve been forced to arise immediately to jot them down lest I lie awake or forget them.  Often, I’m only given a glimpse of a poem right away, and it can be awhile before the rest comes, usually after I’ve written it off as unusable.

Again, the stories really happened.  I confess to everything.  Would I make up such things, indicting myself?

Female, age 43, has lived in California since 1966.  Originally from Prairie Village, KS, which most people in the civilized world have never heard of.  Has been back to the old neighborhood twice, looking for bumps on the sidewalk, a manhole cover, and assorted playground equipment.  Found most of them.

Spends her time writing, house sitting for silly but mostly friendly animals, working on craft projects and checking out ebay for items containing pictures of fruit and vegetables.

Those who personally know her may have a hard time depicting which items in this volume are ridiculous.  They may seem like just normal everyday events for her.  Let’s see if you can sort them out.