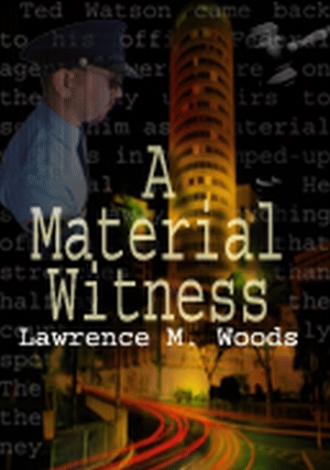 While he sat on the airplane with his eyes closed, Ted did not sleep.  Instead, he ran through the inventory of people who could help him, and those who would risk doing so.  There were a number of people in the first group, and not very many in the second, in large part because of the approach the Feds would use in looking for him.

They wouldn’t accuse him of committing a crime, of that he was sure, but instead they would have a very seductive line, that would go something like this:  “Mr. Jones, we know you are a friend of Ted Watson, and would want to help him if you could.  We want to emphasize that he’s not wanted for any crime, but he’s disappeared, and we need to talk to him.  We’re concerned that he could be in danger...perhaps serious danger...and we need to find him quickly.  He may not even be aware how serious his situation is, so if you learn where he is, please give us a call before you say anything to anyone else.”

Given that sort of story line, Ted knew that a number of people who knew him would be inclined to give away the fact that he had called and left some sort of message.  Even if he talked to them on the phone, they might still believe the “he may not even be aware” scam, and alert the Feds, even if he told them not to.  After all, they said he wasn’t wanted for a crime, so what harm could there be if they found him?

He didn’t expect that his picture would show up in the post office, but it was entirely possible that they would publicize the search in places where they expected him to show up.  His picture had been in the news enough over the years to make it a serious risk for him to be out in public much longer, so he needed to hide.  And to do that, he had to find someone who could help him get the supplies he would need.

As he thought about it, the list of possible helpers continued to shrink.  There were a few men who trusted him and would conceivably risk their lives for him, and he had to assume that each of them was listed in the thick dossier on him that the government was sure to have, dating back to the days when he first got Top Secret clearance.  When you get a high security clearance from the government, the FBI visit people who know you and ask a long list of questions designed to throw light on the sort of person you are, including who your friends are.

All of the names in that file and a lot more would now be on somebody’s desk, and copies would be all over the place.  By now, the young men from the FBI would be working through the list of people closest to him.  He tried to imagine what each of these people would do when the clean-cut, boyish agent called on the phone or came to the door, speaking in earnest tones of their efforts to protect this man, this misguided person who didn’t realize the danger (undefined) he was facing.  Ted decided that even a highly intelligent person might be a sucker for that line.  He carefully role-played the likely reaction of each person on the list, and one by one he discarded those who might just decide to help Ted “for his own good.”  When he finished he had trouble believing there were only two names left.

The men had all dropped off the list, and the two who remained were both women.  These were not names he would place near the top of the list if he were going to compile a dossier on himself.  These relationships dated as far back as his days as a late teenager, and he had not actually seen either woman for years.  Not so much as a Christmas card had passed between them, although he saw one of them at a class reunion some years ago, and had one long phone conversation with the other. 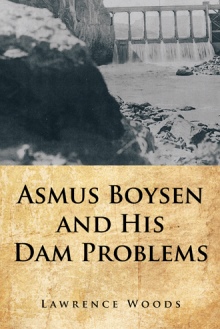 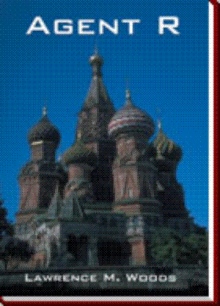 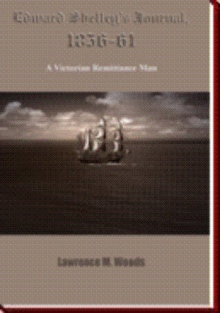 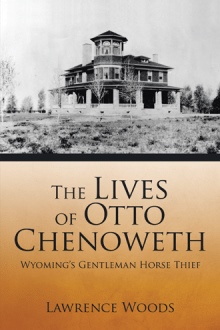 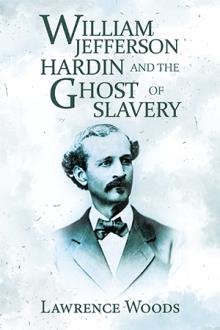 William Jefferson Hardin and the Ghost of Slavery
Lawrence Woods
$13.99

Ted Watson came back to his office Federal agents were are on their way upstairs to seize him as a material witness in a trumped-up criminal action.  He slips away, touching off a manhunt that stretches more than halfway across the country, to a lonely spot in rural Wyoming.  The man behind this is the unscrupulous Attorney General of the United States, who has secured the cooperation of an ambitious young Justice Department lawyer from Texas.

The man the Attorney General has to beat is lovable Uncle Arthur, the senator now running for the office of President.  But the plan to discredit Uncle Arthur won’t work unless Ted can be tucked away in a Federal lockup until after Election Day, and Ted is most uncooperative in this effort.

When sickness, weather and a pesky pack rat conspire to drive Ted from his hiding place...something the Feds hadn’t been able to do...Ted teams up with Uncle Arthur to expose the AG’s corruption to the President, himself.

Lawrence M Woods holds a doctorate in history, is a certified public accountant and a lawyer, and was formerly a corporate executive in New York City.  He is the author of the novel Agent R, published in 1999, co-author of the novel Takeover, and has written a number of historical and biographical works.  He is now retired, and lives in Wyoming.