A Heart in Hell

Poetry From a Jersey City Boy 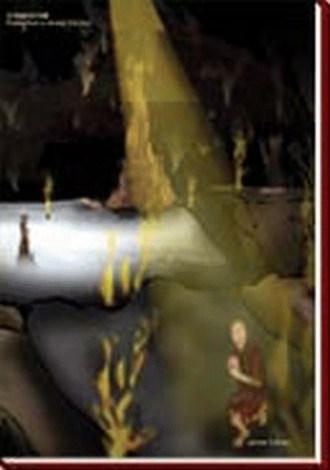 A Heart in Hell

Jersey City, through and through
I am myself because of you
Jersey City, home sweet home
Sometimes purgatory is where we roam
A ball is lying in the schoolyard
Some boys are brawling at the bar
Late at night, on the porch
Or our Island, a woman’s torch
The light of freedom shines with pride
For all our soldiers who have died
To those who suffer comes God’s Glory
There is no tougher, so many story
From Pershing Field, characters’ bloom
On west side avenue, a bright full moon
Downtown, the fellas on the block
When they walk, just watch the bop
And then there’s Greenvilles neighborhood
Respect us all, I think you should
“Politics, Politics” nowhere but here
Nor is a place to have a beer
“I must get out”, many complain
And so they do wind up again
In Jersey City, to Love and hate
Grandparents and children, are they not great?
“It’s in the water” that’s what they say
I’ll be here ‘till my dying day

This book captures the imagination of its reader right from the beginnings attribution.

Written over the course of Francis' adolescent and young adult life, it not only gets one emotionally involved but psychologically and spiritually. You feel what the poet writes. You sympathize with, relate to, and understand his words.

A Heart In Hell is not only a brilliant collection of true poetry, but it tells a story of the poets life up to a certain point, leaving one wanting more.

Most modern books of poetry on the shelves of bookstores, contain roughly thirty or so poems. This fascinating display contains near ninety. So for the true lover of poetry as an artform, one gets ones monies worth, and can only wait for the next exposition to be presented by this modern poet who wishes to be compared to none other than himself.

James Francis is a modern day poet. Born and raised in Jersey City, New Jersey, only a stones throw away from NYC, he has reduced the need to define, and in doing so, has transcended his self through ink.

As a young writer, his work was published in school newspapers, his home town paper, college literary magazines and the National Library of Poetry. However, growing up, he was uninterested in the underground poetry movement and unimpressed by the constant sales pitches of contests, anthologies and numerous subsidiary establishments seeking to publish his work. The poetry in A Heart in Hell speaks for itself. James Francis has also written a second book of Poetry, three children’s books, a screen play, numerous short stories and more. He seems to prove that a poet can write just about anything.

The author James Francis can be reached by going to francisjames530@aol.com.