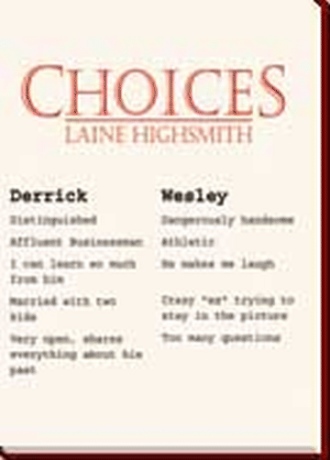 Having played three games in a row, my body told me to sit the next one out.  I chose a cool spot under the shade of one of the few trees left unoccupied.  It was about the time they usually came to the park.  After being stood up for two Sundays in a row, I wondered if something was wrong.  All summer I’d seen them in the park, every Sunday usually after church they’d been here.  I had watched the lady and her little boy laughing and playing as if no one else in the park existed.  I could clearly see the love shared between the two of them.  It was something to see how she cared for him when he’d fall or when she tried to teach him to catch his ball.  Seeing those moments bought back some memories for me that was once too painful to recall.

In these past months, I had looked forward to seeing them every weekend and now it looked like they were going to disappoint me again.  I had wanted on many occasions to just go over, introduce myself and join them in their playing.  In all the time I’d seen them there, I hadn’t seen anyone with them, so I didn’t know if there was a husband and father that completed their picture.  I wanted to know and I had promised myself the next time I saw her, the two of them, I would do it.  I would meet her.   Taking another swig from my bottle of what used to be ice water, I figured I’d be better off walking over to the water fountain.  As I rose from my seat on the ball, my eye caught a glimpse of her shiny convertible pulling into the parking space.  A smile slowly crept across my face and my heart pounded with excitement when I saw them.  She stepped out of her car and I watched her as she walked around to the passenger side.  The little boy was bouncing and full of energy just waiting for the moment when she opened the door and set him free.  As she reached inside to grab their bag with one hand, she unfastened his seatbelt with the other and the little boy took off running.

“Trey-- Wait--.” She called after him.  They were here, the lady and her little boy, and for some strange reason I felt at ease.  She sat down on the blanket, placed a CD in her boom box and started reading something.  I stood there watching her with her beautiful caramel colored skin.  The burnt orange shorts looked delicious against her long legs and the shorts fit her full hips perfectly.  The tee shirt she wore molded her ample breasts.  She wasn’t small like those anorexic looking model type girls, she had curves and in all the right places.  I kept watching her until I saw her look up.  I was afraid she’d catch me staring.  I didn’t want her to think I was some kind of pervert, but my God, she was gorgeous.

I leaned down and sipped the water again.  Okay I told myself, I said I was going to do it, so I might as well do it.  I was about to approach her when Trey went crashing into her at top speed.  They laughed, got up and walked away together.  I stopped in my tracks and watched them as she picked something up out of the trunk of her car.  Trey took off running again and she called after him again to stop and this time he fell.  I walked over to help him up and hoped she would come over to us; this would give me the perfect opportunity to finally introduce myself.

It was hot as Hades out here, but I had promised Trey if he were a good little boy in church today, we’d go to the park.  With a four year old, a promise is a promise even if it is ninety degrees outside.  The shade helped a lot; thankfully it wasn’t as humid as it had been in the preceding weekends.  I popped the new Janet Jackson CD into the player and opened the file I had brought home from the office.  I pulled the Ray bans back down and took inventory, trying to make sure I had everything.  “Damn.” I cursed under my breath; I had forgotten the cooler.  The car looked at least a thousand miles away but I got up anyway.

On my way back with the cooler, I could see that the basketball courts were filled to capacity with men playing.  There were some spectators, mostly women on the side watching.  I can’t be bothered.  I am going to stick to my new philosophy; I ain’t got time for no man right now.  I am going to get myself together and when I’m ready to call the shots, I will make a move.  All I want to do now is concentrate on my job, get that promotion I’ve been busting my ass for and spend time with my family.  Everyone and everything else is secondary.  I am not going to let another average Joe come in and mess up my plans.  I ain’t got time to be falling in love or 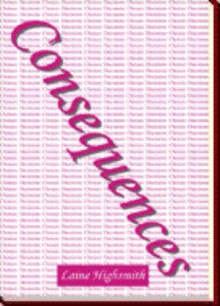 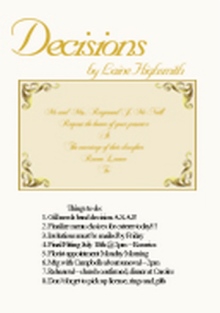 Choices is the beginning of the story of Raven who is content in all aspects of her life with one exception.  Love.  When love let her down, she turns to her work and her family for refuge.  Just as soon as she’s made peace with being alone, two men cross her path, one who is immediately welcomed into her family and the other who has infiltrated her job.  Now her safe havens aren’t so comfortable anymore.

Raven opens her heart to Wesley who upon first glance appears to be everything she’s ever wished for in a man.  But then there is Derrick who happens to be her new boss and seems to be intrigued by her.  She can’t figure out what it is that he sees in her and why is he having such an effect on her.

Ultimately she will have to make a Choice between these two men, follow through the Decisions and then deal with the Consequences that follow.

This story will take you on a roller coaster ride of emotions with the characters.   Love, Laughter, Tears, Passion, Anger, Sensuality and Fear.  Fasten your seatbelts, you’re in for a fantastic ride.

Born in Newark, New Jersey and raised just outside of Richmond, Virginia.  Laine Highsmith’s passion has always been writing.  To her credit, she has a bookcase filled with notebooks containing short stories and unfinished novels.

Unfortunately, her passion has always been pushed aside to accommodate things viewed by some as more important.  School.  Work.  Family.  But now she’s finally taken the stance, "Writing first, everything and everyone else second."  This has resulted in many late and or sleepless nights.

Laine has fallen in love--with her characters and finds it difficult to bring the story to an end, hence the birth of Choices, Decisions and Consequences.