The Autobiography of Percy Paul Provost 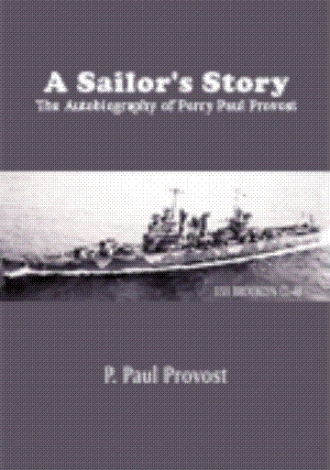 PAGE 42 “After graduation I toured the naval base before taking leave home.  It was a short tour, but I did discover where all the White sailors were located on base.  They were “hoteled” in the beautiful red brick barracks, about three blocks from our compound.  It was like another city there, with many large mess halls, a gymnasium, ball field, bowling alley, pool tables, tennis courts, canteen and clothing store, called ship’s service.  I was angry, and mad as hell, to see that we were all lied to and denied the luxury of base living  that was available to White sailors…..”

PAGE 48, 49 “I must share this particular experience with you that I had on the U. S. S. Arkansas.  In the old days all Messmen ate in the pantry or galley.  We did not eat in the general mess with the rest of the ship crew.  The Messmen’s ration money went to the Officers’ mess.  There was no other place allocated to feed us.  The pantry, on most ships, was about twenty-five feet from the wardroom, between two passageways.  The Philippino, First Class Steward, in charge of the mess on the , was another class “Uncle Tom” when it came to feeding us Messmen.  We ate very poorly and most all of our dishes were prepared with rice whether we liked it or not.  This Steward-in-charge guarded the food as though his life depended on its safety.  He deprived us of the basic foods such as steaks, fried chicken, fresh fruit, fresh milk and ice cream.  His primary purpose was to feed the Officers as cheaply as possible, in order that he could establish a surplus in the mess fund, established for the benefit of the Officers.  Whenever the Steward ran short on any item he would usually accuse the Messmen of stealing.  The Messmen would take advantage of how the passageways were situated, in the pantry area, on ships.  There were overhead crossbars in the passageways, similar to train rails.  We would often store food on the crossbars that was left on the platters, after serving the Officers, or sometimes prior to the platters being taken into the wardroom.  This applied especially to fried chicken, pork chops and, occasionally, steaks.  I remember several occasions when the Messman, Butts, who was in charge of the pantry, reported to the Steward-in-charge about shortages of these mentioned items.  It was total confusion each time there was a shortage of any food…..

PAGE 87, 88 “In the meantime I had checked the teaching status on base, whether or not there was a shortage at the base school.  A Chaplain Commander was the school coordinator.  The personnel officer informed me that he was the person to contact about the teaching position.  It was difficult to contact him and when I did, he was very busy at the time.  He said that he would contact me when he became available to discuss the school position, but in the meantime, he told me to have patience and wait.  We were living in a duplex in town and my wife met a young, White woman who lived next door to us…..She said that she taught school at the base…..  She said that she only waited for about a week after her interview.  She believed that she was hired so soon because there was a shortage of teachers at the school…..The woman said that she attended the and was taking units for her teaching credentials.  She also said that when the Chaplain interviewed her it didn’t seam to matter that she didn’t have her credentials…..The following day I went to my Division Officer and told him about the avoidance that I was having with the Chaplain, regarding an appointment in reference to a teaching position for my wife.  He said that he would look into it.  The same day the Chaplain Commander called me to his office.  When I arrived there he was very displeased.  It showed in his face and manner.  He said to me, “Steward, I told you I PAGE 87, 88  would call you when I got time to see you.  You couldn’t wait, instead went whimpering to your Division Officer.  There is nothing he can do to urge that matter along.”  I said, “Excuse me, Commander, I didn’t want an appointment, with you, for myself.  It is for my wife, the teacher with the Master teacher’s credential…..so if you will excuse me, I’ll go and wait until you can speak to us about the position.”  “It won’t be any need because there is no vacancy at the time.  School is in session, with a full complement.  In fact, I don’t hire teachers.  It’s not my job.  I am only the adjutant to the board.  They do the hiring.  I would suggest your wife apply at the nursery.  There is always a shortage there.  She could exercise her elementary credential there until there is a vacancy in school. If she can qualify.”…..I went to my Division Officer and requested an appointment with the base Commanding Officer, the Captain…..My Division Officer filed my complaint and requested for an appointment with the Captain…..

PAGE 88, 89 “My appointment with the Captain was a disaster, a train wreck.  The Chaplain Commander was sitting to the Captain’s right when I arrived at the Captain’s office…..”Then the Captain spoke.  He said, “Provost, I know why you are here and your complaint is not valid.  There is no 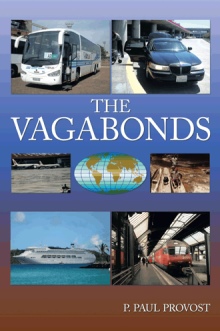 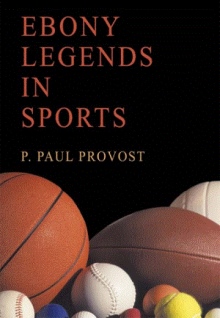 “A Sailor’s Story”, the autobiography about my life.  No one else lived it.

It contains a multitude of history, that many people are not aware.  Various conversations, in recent years, validate this fact.  Many do not know how Blacks were treated in the South, the segregation that we endured.  They had no idea of what the term “Jim Crow” meant.

This book brings to light the fact that discrimination was openly practiced in the U. S. Navy.  When I enlisted, in 1939, Black men had no choice of duty assignments.  It was understood.  We would be “menservants”, only, performing menial chores.

This book informs the public, primarily the young, Black generation, some positive experiences were realized as a “Sailor”.  I participated in several naval testing experiences, including the “A-Bomb”, aboard the U. S. S. Chilton, APA-38, in 1946, where I met and served Dr. Edward Teller and other scientists.  This lead to another choice duty aboard the U. S. S. Boxer, aircraft carrier, testing the “H-Bomb”, at Eniwetok Proving Ground Navy Test Center, 1958.

Young people, especially, should realize what I did, that one can begin with meager means, establish goals and attain the ultimate in life!

The author of  “A Sailor’s Story”, Percy Paul Provost, a Black man, born November 28, 1920, Houston, Texas, was raised in a unique ghetto, French Town, in a strict, Christian home.  He worked the street as a shoeshine boy.

He joined the U. S. Navy in 1939, seeking a better life, including world travel, not aware, then, that the Navy was segregated.  During his twenty year Navy career, he achieved the rank of Chief Petty Officer, and retired.

Later he earned an A. A. Degree from Oakland City College and his Real Estate Broker License, in California.

During retirement, he spends most of his time reading, golfing and traveling with his wife.  Now, at eighty-two, he has written his autobiography.