The Effects of Casino Gaming on Selected Midwestern Municipalities 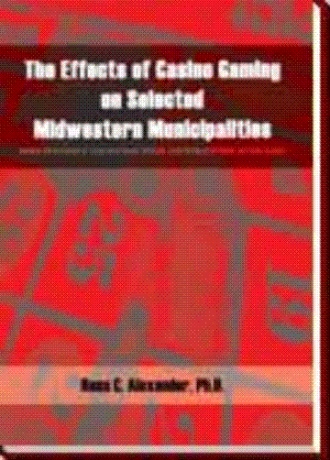 The City of Beloit, Wisconsin (population 35,775), located on the Illinois/Wisconsin border, faces some serious economic development problems.  Like many other Midwestern cities of its size, Beloit’s economy was sustained by heavy industry.  However, over the past 25 years most of the heavy industry in Beloit has either moved to new locales or closed outright.  Giants like Beloit Corporation and Fairbanks-Morse that each previously employed thousands of Beloiters, have moved or teetered on the brink of bankruptcy.  A ripple effect from these closings has been felt by the scores of small machine shops, foundries, and suppliers that depended on these industrial and community anchors for contracts while employing almost as many people as the aforementioned larger companies.

As a result, Beloit’s economy has slowly stagnated.  Retail shops that have had a presence in Beloit for generations have closed, the tax base has dried up, hundreds of citizens have moved in search of better opportunities, and new businesses have been tentative to relocate to Beloit due to its bleak economic outlook.  While its immediate neighbors in the region (Janesville, WI, and Roscoe/Rockton, IL) experienced periods of unprecedented growth in the 1990s, Beloit struggled to maintain its identity and adapt to these new economic conditions.

Beloit’s economic condition is not exceptional.  Dozens or even scores of small and mid-size cities throughout the Midwest have experienced similar problems...East Chicago, IL; East Peoria, IL; Hammond, IN; Gary, IN; Burlington, IA; Sioux City, IA; Duluth, MN; and the Quad Cites are all examples of such cities that were once the industrial lifeblood of America but are now facing serious economic stagnation or death.  Many of these communities have turned to one method of nontraditional economic recovery that seems to betray their strong industrial roots...-legalized casino gaming, either riverboat or Native American.  It is this unconventional tool of economic recovery that Beloit is currently exploring, causing controversy among civic leaders, professional public administrators, and its citizens.

This book is a case study of the effects of legalized casino gaming (both Riverboat and Native American) on several communities in the Midwest.  It is based primarily on interviews conducted with local government officials, local business officials, and civic leaders.  Overall, this study determines that gaming has been an economic boon for some communities but an economic bust for others.

Ross C. Alexander, Ph.D. is a faculty member in the Department of Political Science at Dominican University in River Forest, IL.  He lives in De Kalb, IL with his wife Laurie.