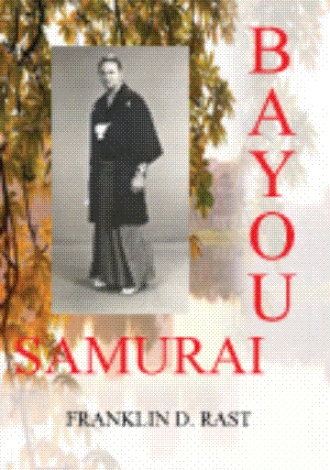 Steel balls and fifty dollars were about all Colonel Charles Hungerford had left to his name, as he trekked eastward from Chiang Saen in Northern Thailand into Laos; finding his cover story of being a dissident American escaping from the Vietnam conflict, a tale that spared his life several times among his encounters with the primitive people of the countryside.  He just hoped his miserable existence would be relieved when Khun Sa, the Golden Triangle warlord contacted him.  Realizing the CIA and other intelligence agencies were obviously in a frenzy searching for his whereabouts, his fragile position and bold plan had to be accomplished very soon, or he would face capture given the precarious circumstances.

When he had thought out a scheme to steal a nuclear suitcase bomb, it had been with what he radically felt a noble Western cause of putting the United States into a more aggressive stance, rather than the defensive quagmire the politicians had forced our military into in South Vietnam.  Hungerford wanted to somehow place the bomb in the hands of fanatics that hated the North Vietnamese enough to detonate the device in Hanoi.  His theory was this would start a chain reaction of international events, perhaps even nuclear war with the Soviet Union.  He had become a bitter man, ironically created my his devotion to the system, which he felt had become weakened by liberal politicians.

A system in 1971, so overloaded with social and political cancers, that even the most disciplined conservative intellectual, such as Hungerford truly was, would eventually reach conclusions that were considered by outsiders of the system looking back in retrospective, to be an insanity induced by the very system they defended.  But there is something here needing to be explained...mortals react on some perceived level of perception in their existence to two basic instincts: fear and greed.  When this truism surfaces in a life or death situation, such as Colonel Charles Hungerford had induced through his own malady of discontent, it becomes apparent that man is always just one step away from being a savage when cornered.

Hungerford, armed with only a U.S. M1A11 .45 pistol and a Hershey candy bar containing sarin (GB) nerve agent, and accompanied by a nervous Laotian interrupter he did not trust, knew he was being followed as they proceeded down remote hilly trails.  This movement resembled more of an aimless wandering than a sought out destination.  Whatever the outcome, he was now having feelings of misgivings of what he had done, and just wished for the events in his destiny to be over with quickly.

Khun Sa, the powerful drug warlord, had in his employment several dozen “Wa” mercenaries from the Kachin State located in Northeastern Burma.  They are so ferocious that even the American OSS used them with much success in World War Two against the Japanese.  Wa take heads of their enemy, regarding them as magical protection against evil spirits.  When Queen Victoria sent a survey party into their territory in 1900, two members of the expedition lost their heads to this notorious group.  Wa considered those they tracked with long hair and beards to be extra powerful in the spirit world.

Unknown to Hungerford, the Wa’s Khun Sa dispatched to track him down, had finally found him.  They were elated by his long hair and beard.  Perhaps Khun Sa would reward them with the big Americans head once they presented him alive, as they had been instructed to do.  Khun Sa had already promised to purchase their entire opium crop if they brought the American alive to him; but the powerful spirit head, ah, what a better reward.

His capture was not at all what the Wa expected, as the American turned out to be a skilled warrior of super-human strength.  For days they had observed him with a lackey Laotian wandering the hills appearing to be going in circles.  Since both men were lightly armed with only pistols, they decided to capture them with snares.  Eight of the dozen Wa had silently gone around and ahead of their prey while they traveled down a long hilly trail.  They hastily prepared the large vine snares, covered them, and then positioned themselves in the dense jungle on both sides of the trail, confidently thinking they could easily subdue both men once they were hanging upside down in the trap.  Had it not been for the four Wa’s still sleuthing Hungerford from behind, they would not have captured the man.

Hungerford realized what was happening almost as soon as he stepped in the snare.   The wiry bent sapling sprung upwards like a steel spring snapping him skyward upside-down caught in the rope-like vine.  His Laotian companion suffered a similar fate, as all eight Wa jumped from their hiding places in jubilation.

With machetes, two of them whacked down the swaying sapling, sending Hungerford and the screaming Laotian earthward.  Unfortunately, for the highly disciplined Wa, they would not be rewarded if they presented Hungerford to Khun Sa dead.  The trail party of four Wa’s was only about fifty meters behind when Hungerford dropped with the snare vines still around his ankles, but in the long second of his fall, he reached in his belt for the .45 pistol shooting seven of the Wa with savage swiftness while he rolled among them like a madman.  The one remaining Wa was slicing the throat of the Laotian squirming in the moldy dank leafs and reddish mud, when Hungerford was rushing to jam another clip into his pistol, but it was not fast enough, as the

July, 1971. American involvement in Vietnam winds down. But other sinister events are surfacing in Asia that could lead to global conflict. United States prepares for reversion of Okinawa back to Japan. Strategic military bases are in jeopardy of being shut down after it becomes public chemical weapons have been secretly stored for years on the island along with nuclear weapons. “Operation Red-Hat” is initiated so they can be removed before reversion. There are covered-up fatalities when nerve agents leak. To complicate things, a renegade American colonel assigned to the project steals a nuclear suitcase bomb along with thirteen pounds of plutonium. Fleeing across Southeast Asia with CIA, Soviet GRU, and special “Black-Code” operatives in hot pursuit, he plans selling them to a powerful Burmese drug warlord.  Teeming with firefights, drug-smuggling, love, murder, a clashing of cultures, and steamy sex coupled with off-beat humor, the gut-clutching action never ends creating an exotic atmosphere as convincing as the plot is intriguing.

Franklin D. Rast was born in Brownwood, Texas, and is a graduate of Louisiana State University (LSU). While attending LSU he was commander of the Army Bengal Raiders, which emphasized training in counter-guerilla tactics and special warfare techniques.  He is a Distinguished Military Graduate and holder of numerous art awards.  His seven years of military service resulted in a variety of interesting assignments including Vietnam (1969-70) and Okinawa, Japan (1971-74).  While continuing to do painting and gardening, Rast has edited several books between his own writing projects including the most recent...A Chaplain Remembers Vietnam, by Colonel Samuel Hopkins and The Tomato Patch, by Professor Luther Knight.  This is his third book, preceded by Don’s Nam and Ghosts In The Wire.  Reviews are all highly rated (See at Amazon.com or BarnesandNoble.com).