The Ability to Cipher Information is the Secret to the Lexicon 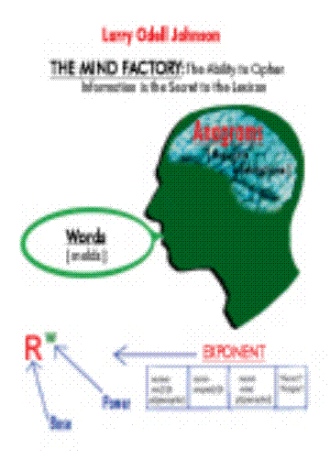 I think most people would be surprised when they discover what types of knowledge--in the opinion of some elements in our society--qualify as dangerous thoughts.  To begin with, there are certain ideas, which are essential to securing a true understanding of language and the meanings within language; for example, the concept of " taking-words-for-granted ".  The concept has been used formally to express the fact that the average person reads and rarely looks up words he/she does not know the meanings of, and rarely reviews words he/she claim to be familiar with (Hayakawa, 1941).  Not establishing--and as needed reviewing--the correct meanings of words as we learn to read would be all right I guess, if it were not for the fact that most people who practice these lazy habits never develop very marketable formal skills.  Moreover, the lack of refinement in writing and verbal communication skills--on the part of those who practice these non-productive habits...will inevitably become very conspicuous.  Witness, for example, the individual who one is likely to have encountered whose speech is very stilted.  They want to appear to know lots of words, but they typically misuse many of them.  Words are like anything else of value.  If one is not willing either to do what it takes to learn words in general or to do what it takes to acquire the appropriate common aplomb associated with “ ten dollar “ word usage and maintain the aplomb, he/she might as well leave well enough alone.  The notion of an individual needing to possess an attitude in favor of valuing the mastery of the language should apply as well and equally to whether one typically uses a lot of professional jargon, colloquialisms, popular slang or even invectives...curse words.  Since language is our principal mode of communicating when using language one should use whichever of the above forms...or combination of the forms--one uses most and use that language form well.  I am certainly not suggesting one should make a routine of using a lot of invectives.  Yet, at the very least, common sense would suggest one avoid trivializing any of the various forms of language.  Otherwise, one serves the best in language’s usage no good purpose, and one cheapens what the experience-forged words of language are designed to do.  That is, to provide us with the conceptual machinery pertinent to our successfully making a way for ourselves in society in regard to both the emotional, practical, and the intellectual affairs of life.  For those individual readers of this book who, while in the process of reading it are taking-the-words-for-granted...along with taking the endnotes and the references for granted--, much of what I am hoping for you to accomplish in reading my book will be lost on you. 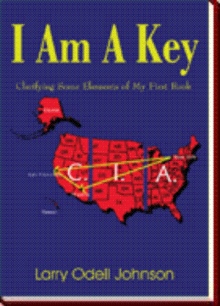 The author has written a book combining elements of sociology, religion, philosophy, and mathematics, in a demonstration of how these disciplines are connected through the lexicon of language.  His purpose has been to present in everyday terms an exposition for understanding specific aspects of some of the most insulated areas of formal knowledge.  The author’s theoretical approach is deliberately atypical.  This self-labeled “ scrambled eggs “ approach argues the author is done for the purpose of bringing deeply hidden meanings immediately to the surface, in deference to the most efficient use of the reader’s valuable time.  The author believes learners should not be obligated to spend years puzzling through abstruse language in an effort to gain insight into important information, especially when the information can be brought within the range of their understanding within a matter of hours.  He does not compare his book with others ostensibly of the same type but, rather, he says that while his book is not unique it is unusual.  That is, his book will give its diligent and discerning reader insight and perspectives that will enable him/her to understand the most esoteric contents of almost any other book they will ever read.

Larry Odell Johnson is an Assistant Professor of Mathematics at Dutchess Community College, where he has focussed on teaching lower level mathematics courses for 13 years.  Those courses include beginning algebra through pre-calculus and statistics.  A graduate of Arizona State University and U.C. Berkeley, Larry has degrees in mathematics and criminology.  This is his first book but he has previously published several articles in the academic journal Issues in Criminology.

When his is not teaching, Larry’s interests include reading, fishing, music, movies, dancing, golf, and traveling.

Recently Larry was awarded Emeritus Status by the Board of Trustees at Dutchess Community College.  He plans to take early retirement in 2004 and to pursue a career in writing and research.