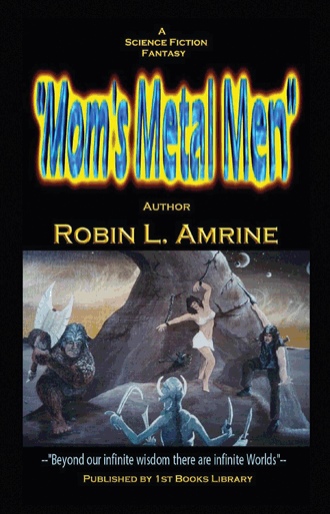 "If you are hungry and mean me no harm, you are welcome to join me." Briefly waiting for an answer, he closed the curtain to the hut's entrance behind him.

How could he have seen him? He was hidden by the darkness of the night and plant life. But the invitation could not have come at a better time for he realized that his stomach was growling loudly. Could it have been? No, he thought.

Kamarin lowered himself down the steep, grassy slope he was on by holding onto the many branches. He only briefly wondered who this reclusive gentleman might be. They had come far, and he was tired and hungry. Maybe he could bring something to his friends.

He had to be alone the hut he was living in was only large enough to house one person. The door was covered with only a thin fabric so it was evident he did not feel in danger of any marauders.

When Kamarin stepped inside, the aroma of the food being served hit him in the face. It was wonderful. The old man had his back turned to Kamarin as he moved hurriedly around a boiling pot. Stirring its contents, he worked with enthusiasm to season it with various spices. Then he walked over to a large steel container in the corner and popped off the lid. High pitched chattering came from inside. As he watched, the old man took a large pair of prongs from a hook and fished for whatever was inside. When he pulled out the thing he had trapped in the pinchers, he quickly threw it into the boiling pot. It was long and slithery.

Surely he wasn't going to eat that, Kamarin thought as his hunger pains were now confused.

"Don't worry," he said as he turned and looked up at Kamarin. "It's quite good really."

He poured some of the soup into two bowls and sat down at a small table, motioning him to do the same.             Kamarin took a chunk of the gelatinous meat and popped it into his mouth. Before he could even think of rejecting it, the glob slid down his throat. The taste however wasn't too bad. But the texture required some getting used to. Kamarin's quirky grin revealed his thoughts.

"Ha! Ha! Ha! It took me over twenty years to get used to it," he said as he chuckled, "You are Thelonan aren't you?" he asked.

"How did you know that?"

"Because there are no humans on this rock and the only ones who do occasionally visit are traders or vagabonds. And you have the appearance of neither.

"Might I be mistaken--you resemble someone that I have been waiting for."

Kamarin was shocked. How could this man know of him? Was this some sort of a trick? "What do you mean, sir?"

"Well, I'm sure you did not just happen upon the adornment you are wearing. That shawl is the work of a Thelonan woman, a ruling class woman. And you are most likely her relative, son, I would wager by your age. And there is no one else I know you could be except- the new GUARDIAN!”

Kamarin suddenly started choking. The stranger kindly patted him on his back.

"There, there, now! You have to watch those meat chunks, sometimes they catch you by surprise."

"Who are you, mister? How could you know all of this?" Kamarin asked, still catching his breath.

"My boy! I was the one who designed the metal figures your wearing!"

"You thought we were all gone? Well, we are not!  Most of us who played a role in creating the metal giants escaped to other planets along with thousands of others." 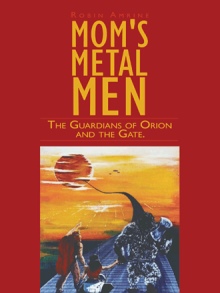 Kamarin Mitchel- has been given an opportunity to reunite and rebuild the largest and most advanced civilization in the Orion star system.

After being raised by his parents, on a little mining planet called L-2, his mother gives him the power to correct ‘all’ that is wrong with their universe. Two metal shape-changing robots that are the most powerful weapons in the universe.

With these metal men, Kamarin must fight the mighty Gorin armies and defeat the Evil warmonger ‘Volar Gahns’ who leads them.

But first, he must re-unite his people who were lost and scattered throughout the galaxy.

His journey leads him to many worlds, and he meets many who would join him in his quest.

With his good friends, Erin Noble- who was born without legs, and is condemned to travel in her ‘treader’ machine, and Lort- the last of his kind- the ‘great granite’ people, Kamarin leaves L-2 not knowing what he will find.

Kamarin learns he is not alone in his endeavors. He finds his parents; though deceased, help him from the world beyond and show him the way. Kamarin does not realize- all the powers given him.

I present to you--

Robin L. Amrine is an Artist and a singer- songwriter since the young age of eight. With his wife of 25 years, three daughters and a grandchild, he has finally realized the novelist in him.

The stories in his songs and his pictures he’s painted, were just hints of his true creativity. His ‘true’ release comes from the written word.

Believing that good does triumph over evil, he has always wanted to give people hope. There is more to this world than hate.

When he found his daughters were reading nightmarish stories, he decided they- and even some adults, needed to know- there is a good side to all we see. Thus he created...“Mom’s Metal Men.”