The Pride of African American History

by Donald and Jane Wilson 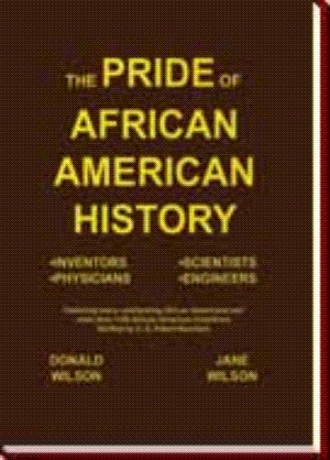 Mr. Matzeliger, of Massachusetts, is credited with being the pioneer in the art of attaching soles to shoes by machinery.  Mr. Joseph Lee, of Boston, is said to have placed his kneading machine in many of the first-class bakeries and hotels in Boston and New York, from which he received a substantial royalty.

At that time, Miss Miriam E. Benjamin, of Massachusetts, was the only African American woman who had received a patent for an invention.  The principle of her invention, that of a gong signal, was adopted in the United States House of Representatives in signaling for the pages to attend upon members who wanted them for errands.  Formerly the pages were signaled by members clapping their hands and the noise incident to this method that was frequently a great disturbance of the House proceedings.  The new system which was adopted involved merely the pressing of a button on the member’s chair, which rang a small gong while displaying a signal on the back of the chair.

Another invention by a young colored man, which attracted considerable attention, was the rapid-fire gun by Mr. Eugene Burkins, of Chicago.  This gun was examined by officers of the War and Navy Department, and was pronounced a valuable contribution to the scientific equipment for military and naval warfare at that time. The following description of Mr. Burkin’s gun appeared in Howard’s American Magazine:

“A brief description of the gun is not exactly out of place, although the Scientific American and other technical journals have long since given it to the world.  It is an improvement upon all that has yet been done in the way of ordnance and the principles involved in its construction can be applied to any size of gun, from a one-inch barker to a thirty-six-inch thunderer.  The model as it now stands weighs 475 pounds, measures four inches at breech, and is constructed of the finest of gun brass at a cost of $3,500.  There is a magazine at the breech in which a large number of heavy shells can be held in reserve.  In the action of the gun these slip down to their places and are fired at the rate of fourteen a minute, an improvement on the Maxim gun of four shots.  The gun is elevated upon a revolving turret with electrical connections, enabling the gunner to direct the action of the machine with a touch of his finger.  Firing, reloading and ejection of shells are all effected by electricity, and a child could conduct the work of manning the gun as easily as anyone.”

These inventions show how completely in error were those who constantly asserted that the African American inventors up to 1900 had made no lasting contribution to the civilization of the age. By their inventiveness, they proved conclusively that under favorable environment he was capable of performing his whole duty in the work of mankind whether it was tilling the earth with his hoe or advancing the world by his thought, creativity, and his unlimited ability to be resourceful.

Throughout the following years thousands of African Americans have patented their inventions.  The list now includes many life-saving inventions that have been contributed to world civilization and have played a dramatic role in every day living, science, and warfare and in advancing technology.  This includes improvements on inventions that sanitized daily life such as the commode (toilet) that was invented by T. Elkins.  Historical life-saving inventions and developments in medicine like Dr. Charles Drew’s blood plasma that has been directly responsible for saving millions of lives; the heart pace-maker controls invented by Otis Boykin; and Dr. Patricia Bath’s apparatus for ablating and removing cataract lenses by laserphacoprobe.

In space technology, William Harwell invented the space shuttle retrieval arm and Adolphus Samms invented the multi-stage rocket.  James S. Adams invented aeroplane propelling.  The resistor is one of many inventions by Otis Boykin.  The torpedo discharger was invented by Henrietta Bradberry, the home security system with TV monitor was invented by Marie Brown.  The motor was invented by J. Gregory, the defroster, the internal combustible engine and air conditioning units are a few of the many inventions of Frederick M. Jones.  Garrett Morgan invented the gas mask and traffic control signal.  J.F. Pickering invented the air ship (blimp).  The revolutionary automatic gearshift was invented by R.B. Spikes.  Alexander Miles invented the elevator in 1887.  Rufus J. Weaver invented the stair climber wheelchair. In 1962, the helicopter, which has become an intricate part of warfare and life saving all over the world, was improved and invented by Paul W. Williams while he was employed by Lockheed Aircraft.  Clarence Elder invented, designed and developed the occustat, an electronic system that automatically raises and lowers room temperatures, reducing energy demands.  Meredith Gourdine invented and developed exhaust purifying systems for cars and a method to remove fog from airport runways. In 1968 Rufus Stokes received a patent for an air purification device making air easier to breathe for millions of people.  Dr. Donald Cotton invented capillary liquid fuel nuclear reactors and developed a procedure using microwaves to measure how solid propellants are burned.  Hermon L. Grimes received a patent in 1938 as the inventor of the Folding Wing Aircraft that was used in combat for take-off from aircraft carriers during World War II.   This enabled the U.S. Navy to stock more planes on its aircraft carriers which was a huge advantage over enemy carriers.  This accounted for over 75 percent of the downed enemy aircraft in the Pacific Theatre. In 1989, Lanny S. Smoot received a patent for inventing the Teleconferencing Facility with High Resolution Video Display that is used by so many major corporations.  In 1971, Henry T. Sampson invented the popular cellular phone that is in almost constant use in the civilized world today. 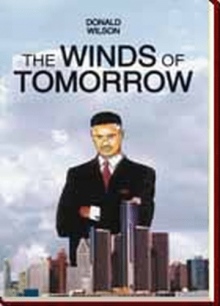 The Winds of Tomorrow
Donald Wilson
$27.95

The true measure of a nation’s worth in this great family of nations is proportionate to that nation’s contribution to the welfare and happiness of the whole.  Similarly, an individual is measured by the contributions he or she makes to the well being of the community in which he or she lives.  If inventions therefore have played the important part here assigned to them in the gradual development of our complex national life, it becomes important to know what contributions the African American has made to the inventive skill of this country.  In this book you will learn that the African American has contributed a disproportionate amount of creativity and resourcefulness on a list of more than 1100 U.S. Patents for inventions ranging from the propeller, the gas mask, air conditioning, pain relieving drugs, heart pace-maker controls and cellular phones to the elevator, rapid-fire guns, nuclear reactors and three-stage rockets. Throughout their long history, African Americans have created a rich, complex and highly diverse culture laced with outstanding role models who have helped make America the strongest country in the world.

Donald and Jane Wilson have committed themselves to the true history of African Americans with diligent research that reveals many achievements which clearly show the race’s outstanding creative and resourceful abilities.

It is by these accomplishments and role models that they seek to help raise the self- awareness and self-esteem of younger generations to inspire and encourage their interest for further study.  The Wilsons realize that the true history of the African American race is only going to come out through the efforts of people like themselves.  Jane Wilson is a former Assistant Area Development Director for the College Fund/UNCF in the State of Michigan.  As a member of many community organizations, her work for civil rights has been commendable.  Donald Wilson was an Advertising Account Executive at The Detroit News and a former Director of Public Information for the City of Detroit.  He is a creative writer and the author of many novels and screenplays.  The Wilsons live in Birmingham, a suburb of Detroit.