AIDS...Through the Eyes of a Caregiver 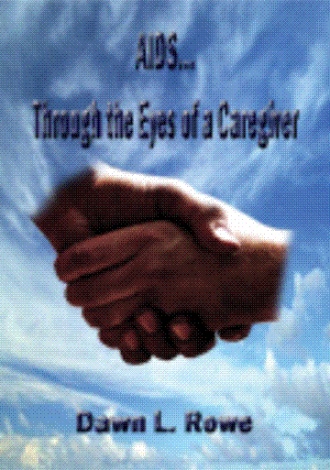 Some people have always looked down on the homosexual. Looked down may be an understatement. Let’s just say some folk have an extreme dislike for people who are in a sexual relationship with a person of the same sex. I have never felt this way. Even before it became clear to me that my brother was gay, I just never felt this way. You see, I was always just the kind of person who loved people for who they were. I believe everyone has some kind of individual uniqueness about themselves, no matter what their faults. Now some people I could take or leave, but they still had something special that nobody else in the world had. No I do not condone homosexuality. Nor do I condone fornication, adultery, lying, gossip or anything else that is not in the way of God, but I believe God has given us all the choice to do right or wrong. And to know right, and do wrong is a sin. All sin stinks to Gods nostrils. ALL SIN! People have this belief that some sins are bigger than others, which couldn’t be more far from the truth. So I loved my brother just the same. As big as love could get. We always had a special bond from when we were just little kids. It was six of us kids that my parents brought into this world, but Keithy and I always just connected.

Can you imagine carrying around with you feelings of being a failure all of your life? My brother felt that he was a disappointment to our parents, especially to our father. Everyone in our community respected my father, who was always the big strong athletic type. Almost being accepted in the football and baseball profession, he was very pleased when his first born was of the male gender. At a young age, my father continuously took my brother out with a baseball bat and glove, trying to prepare Keith for his future. Time after time, my father would become irritated and frustrated from my brother’s lack of interest in these games. As Keith grew, my father would continue to persistently encourage him to try out for the wrestling and football team, but could not understand how a child with the same blood running through his veins could not be interested in sports. My brother was indeed very athletic and had the size to play, but had no interest what so ever in these games. There were times when my father would keep Keith outside for hours, pushing him to the limits hoping to heighten his skills and interest. Becoming more frustrated by the minute, my father’s voice tone would become more stern and his patience more short. Until my mother would scream from a window, “Leave him alone and bring him inside!” Throughout the years, my father would eventually come to accept this, but there would always be something that just was not quite right within their relationship. Due to my father’s not being able to understand his son’s ways, Keith would always be more connected to our mother. I remember the need she felt to always protect him through the years. Eventually, I too took on the task of feeling the need to protect my brother; he earned this respect from me. Always caring for his younger siblings when our parents were not at home, Keith would care for us and do whatever needed until they would arrive back home. He was just a special person to me, and I always felt special and blessed to be his sister.

I remember when I was about 7 years old. It was a very hot and sticky night. There were two beds, six little children ranging from ages 6 to 12 years old and one portable fan in the room. I remember as if it were yesterday. Keith took that old fan, put it on the floor, tied the middle of the sheet to the handle, took the edges of that sheet and placed them under the outside of the fan. When the air blew, it formed like a tunnel that was filled with air. He woke me up quietly so no one else would hear and told me to come down on the floor where it was cooler so I could sleep more comfortably. That was my big brother. He did so many kind things like that over the years. Things that nobody else would do. They were small things, but special things that I will never forget. This relationship lasted. We were inseparable until the day he died. My marriage and the birth of my two children didn’t change that. A special relationship, that’s what it was and I’ll miss this relationship until the day I leave this world.

It was 1989, my husband, son and I were just moving from Germany. Having been stationed there for three years, I was so pleased to be coming home. I was always, let’s just say addicted to my family and seemed to have a need to be around them constantly. I knew Mom would be waiting for my family and me with a big smile on her face. She prayed for this day. My husband also seemed to be pleased, since having to pay a huge telephone bill every month that would always leave us short without money for other diversions.

Looking back as if it were yesterday, my family and I stepped into the doors of 114 Anderson St. in Middletown, De. This was the home in which I grew up. Mom was talking on the phone and my father lying back in his recliner watching television. The instant we walked through the door, Mom screamed, dropped the phone and covered her face. As if her eyes were playing tricks on her, she then quickly dropped her hands from her face to see if we were real. Holding her hands out for her grandson and motioning for him to come to her, her smile was unmovable. In the beginning, he was a little shy and cried when she pulled him close, but that didn’t bother her in the least. Mom kissed my son and held him close to her until I almost had to pry him from her arms for my turn. Almost an hour later when my brother Keith heard that his little sister was back in town, I could hear him coming from a mile away. Singing that old church hymnal “Yes, Jesus Loves Me,” I could spot that voice from any other in the world. He loved to sing and constantly did. Keithy started singing with the Dale’s Youth Choir at the tender age of 7 years of age. A choir my Aunt Susie [my mother’s sister] started with all of her nieces and nephews. It wasn’t long before Aunt Susie realized that Keithy was blessed with a beautiful singing voice and she gave him his first solo called, “Oh Happy Day.” When the choir would sing that song the whole congregation would rise to their feet and give God praise. It seemed like that song would last for hours. “Praise God,” the congregation would shout for what seemed like an eternity. Before long, Keith began singing solo’s on his own. Going to a variety of churches using the gift that God blessed him with, touching souls everywhere. The good Lord even blessed him with a sweet elderly lady from the neighborhood named Marjorie Watson to take him to and from different engagements. When Keith was old enough, he left his home church and took membership at a church in Summit Bridge, De. Stating, “Chile, I got to go where they really know how to praise the Lord.” He left me, the rest of the choir and for me the Dales Youth Choir was never the same. Truth of the matter is, Keith never seemed to stay at one place too long. Of course, I saw him each day, but on Sunday’s he went where they really praised God. Well that was until he moved on again. Keith wasn’t there too long either and I don’t think t

Caring for someone you love with AIDS can be a very trying and difficult task, and can leave you feeling pain long after the death of your loved-one.  I not only say this because of what I’ve heard, but I say this due to living in an AIDS nightmare for years.  AIDS claimed the lives of my brother, best-friend and I’ll go yet another step and say that AIDS claimed the life of my beloved mother (who could not get pass the grieving stage, and died due to being broken-hearted) shortly after my brother’s death.  In addition to witnessing my loved-ones experience many cruelties of the disease, I watched as AIDS would devour their once strong bodies until their inevitable death.  This would leave me struggling for my very own survival months after, but in time indeed came to make me strong.

When I look back over that period of my life and seriously ponder my darkest hour, I realize that God kept his promises.  In the book of Ecclesiastes, God promises us a season of healing and He kept his word and did what He said He’d do.  I’m healed.  After years of living in a sea of depression, I am healed in Jesus name.  No longer am I secretly planning to end my life, nor am I living an isolated life, but today I realize that I have been called according to his purpose.  I have been appointed to a God-given position to witness to the caregiver caring for a loved-one with AIDS.  And I pray that this book will offer inspiration and encouragement for the caregiver to hold on while acting as “THE CARE-GIVER.” Be strong, because no matter what you’re going through, God is just using you for his Glory !

Dawn L Rowe, has taught gospel music to youth and young adults for over twenty years, is also a Youth Rehabilitative Counselor for the State of Delaware.  She has written an AIDS Awareness play called, ‘You Better Recognize” which has been performed on numerous occasions in the Delaware area. She and her husband, Sterling has two wonderful children, and reside in Middletown, De.