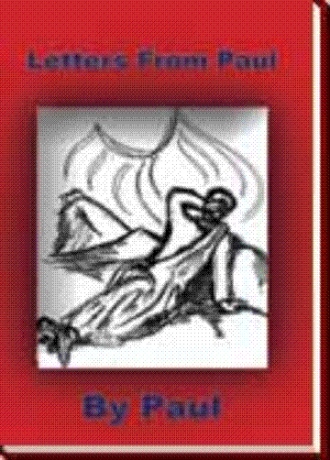 I have the privilege of welcoming you to the up coming Kairos weekend. I look forward to meeting you.

Tom, I have served on several Kairos weekends and I write to men in Buckingham and other prisons who have participated in the Kairos weekend. I wrote a letter to them some time ago that I would like to share with you. The reason I want to share it with you is to help you understand that the Kairos experience is about understanding who we are as humans and looking to God for His guidance. The letter is as follows:

A recent Sunday's Gospel contained, in part, the following passage:

Suppose one of you has a hundred sheep and loses one of them. Does he not leave the ninety-nine in the open country and go after the lost sheep until he finds it? When he finds it, he joyfully puts it on his shoulders and goes home. Then he calls his friends and neighbors together and says 'Rejoice with me; I have found my lost sheep.' I tell you that there will be more rejoicing in heaven over one sinner who repents than over ninety-nine righteous persons who do not need to repent. Luke 15:4

Over the years it has always been clear, and saddened me, that I was the lost sheep. Clearly this parable tells us that ninety-nine were not lost. Why was I one of the lost?

Through Kairos and through prayer I have begun to understand, I have had blinders on. I have learned that each person on earth, bar none, is the lost sheep. None of us escape our own humanness; none of us is free from messing up. None of us belongs to the ninety-nine. The ninety-nine never lived on earth. (It may have been that Christ left the ninety-nine in heaven when he came among us on earth.) In fact, it seems that, until we blow it big time, we are not able to understand the great love Christ has for each of us. We have to understand how much we need Christ before we can accept His forgiveness. I don't know about you, but this is great news for me. I can begin to shed my guilt for all my failings and find the joy in the knowledge that Christ shunned the ninety-nine and loved me. He has done that for you and for every one of us.

I want to tell you a story that, for me, is related to the gospel message:

About 40 years ago I pledged a fraternity while I was a first year student in college. At the end of the initiation period the brothers threw us a party--what they called, "Hell Week." The week consisted of work at the fraternity house, much physical and psychological stress, and sleepless nights. As part of the initiation process, we all had to memorize the "pledge book," which contained the history of the fraternity, the principles by which the fraternity lived, and other information. Before a pledge could be accepted into the fraternity, he had to pass a test, given at 3:00 A.M. on the last night of hell week. Each pledge was taken before the brothers and asked three questions. If a pledge did not answer all three questions correctly, the initiation process ended.

I was taken before the brothers and answered the first question correctly. The second was a hard but, by luck, I knew the answer. The third question was from out in left field. There was no way I knew the answer. I was dead tired and there were all these members of the fraternity shouting at me to remember the answer. I couldn't come up with the answer. I was taken to a room in the fraternity house where fraternity member after fraternity member came to heap abuse on me. Each told me I was the only pledge to miss a question. I was the only pledge who was not going to be initiated. I was the only failure. I never felt more miserable in my life. I had worked months, I had survived the abuse of hell week, and I had blown it big time by not studying the pledge book sufficiently to answer three questions. The abuse went on until sun up. I was told that because of my miserable failure, I would not be allowed to see all of the banners and other "secret" stuff that went along with being initiated into the fraternity. To emphasize how big a failure I was, I was permitted to stand in the chapter room with a blindfold on while all the other pledges were initiated.

I was led into the chapter room blindfolded and told to stand in a certain spot. The president went on at considerable length about how it was that one pledge had disgraced himself, his sponsor, and all brothers of the fraternity by failing to answer all three questions correctly. He asked for that one pledge to step forward. My heart sank even lower as I stepped forward. As I stepped forward, someone from behind pulled off my blindfold and, after a few seconds, I realized that all of the pledges were standing in a line beside me. We all had failed to answer the questions correctly. It was part of the initiation to feel the disgrace of total failure before being accepted as a fraternity brother.

The purpose of telling you this story is I believe that life mirror's this story. We all have to understand that each of us is the lost sheep before we can be accepted into the fraternity of Christ. Each of us has to stand and accept our failures as part of moving forward on our journey.

To end the fraternity story, you can imagine the emotional relief it was to learn that the nightmare was over and it had a happy ending. Nevertheless, I can tell you, the horror of that night has stayed with me throughout my life. While I understood the lesson hell week was supposed to teach, I personally could not participate in further iterations of it. It was not something I felt I wanted to do to somebody else. Yet the lesson was one I will never forget. It is interesting that I remembered it today to share with you. It is a treasured secret of the fraternity, one that I have not shared with many people.

Tom, I look forward to meeting you Thursday night of your Kairos weekend. Please come!

In the Love of Christ,

The book, Letters from Paul, is a series of letters written by Paul to men in prison. Each man to whom Paul writes has participated in a program called Kairos. Kairos is a prison ministry where residents of correctional institutions are given the opportunity to experience a religious renewal and to accept God's call to a life of Christian witness and service to one another during their stay in the institution and beyond. Paul shares the letters from a two and half year period with you because he believes that, often when he sat down to write a letter to the men, he felt the wind of the Holy Spirit moving him to write thoughts that were not part of his experience. If, in fact, the reality is that the Lord did work through him, then perhaps some part of this book is intended for you.

Paul's letters contain both a spiritual message as well as insight into the life of his family during good and hard times. Most importantly each letter provides an understanding of how Christ's love grows through the Kairos ministry.

"Prison Ministry, who would want to do that?" was Paul's thought when asked to serve on a Kairos weekend. The Holy Spirit enlightened him and he served on his first Kairos weekend in 1994. He continues to serve and has recently served as the Rector of Kairos 21 at Buckingham Correctional Center in Dillwyn Virginia.

Christ, Paul believes, has a very special place in His heart for those who have fallen from their horses. After all, when laying flat on your back, you have the opportunity for an unobscured vision of God. Paul, like many men and women all over the United States, live to bring Kairos, a prison ministry of God's love, inside the walls of prisons.