by Peter Lam Both 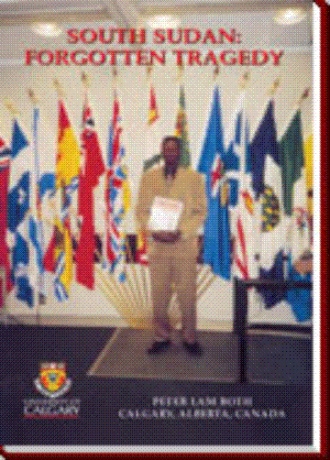 Since the beginning of the Talisman operations in Southern Sudan, the civil war had a new momentum. The war has become a competition for control of the sites of resources. Once the oil field is secured, then there is an income to continue the war.

According to Talisman, the oil production will bring about peace and stability by providing jobs and development in the region (Calgary Herald, May2, 2001,p. B1). The President of Talisman, Dr. Jim Buckee said in the annual shareholders meeting on May 1, 2001 that "we have provided a forum for the warring parties to vent their views and negotiate peaceful settlement to the conflict." But this turned out to be quite the opposite as the war continued unabated. There has never been a Talisman brokered peace talk (or was there?). The Sudanese government gets all the money needed to carry out this genocidal war against the South. Prior to the involvement of the oil companies, the government used $160 million dollars annually for military expenditure. Now, the government uses an annual budget of $360 million US dollars for their military build up because oil companies are providing the money. Talisman and other companies pay this money in the form of royalty to the government.

Talisman argues that the government of Sudan uses the money for development. But according to Akbar Al Youm (April 30,1999), the Sudanese newspaper quoted Hassen Turabi, then Speaker of the Parliament as saying, "We are currently building factories to produce our needs in weapons and we plan to manufacture tanks and missiles to defend ourselves from conspirators." This is further corroborated by Al Shar Al-Syasi (July1, 2000), another Sudanese newspaper, which quoted Army Spokesman General Mohammed Omer Yassin as saying, " Sudan will this year reach self-sufficiency in light, medium and heavy weapons from its local production thanks to the unprecedented profits from the oil exploitation and exploration." This information from the government officials is unequivocal. One can not force it for ambivalence as wished.

Ignoring the suffering of the Southern Sudanese is quite tragic. Humanitarian assistance for refugees and displaced persons is not bad, but it is not a durable solution to the flight of the Southern Sudanese. The USA and European Union must support the IGAD Peace Initiative if peace is to prevail in Sudan. The Machakos Protocol (see appendix) of 20 July 2002 must provides an excellent chance for the prevalence of peace in Sudan if the government of Sudan is held accountable to it. The government of Sudan must be held responsible by the international community to respect any agreements that it concludes with the South.

The people will continue to die as long as deception still reigns. There is a need for a committed leadership in the Sudan that can address the root causes of the conflict thereby peacefully resolving Africa’s longest civil war. 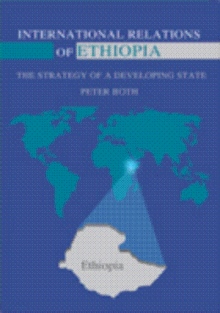 INTERNATIONAL RELATIONS OF ETHIOPIA
PETER BOTH
$17.50

If you take a ride from North to South in Sudan, you will be amazed, if not perplexed about what you would see. The South is left like a no man’s land where only birds and animals are easily noticed. You can hardly find evidence of people other than the burned thatched mud huts that used to be shelters for Southerners. The people have been driven away by the Sudanese government. The war has continued for almost 42 years now. The southerners are dying ‘en masse’ everyday. Reports about humanitarian tragedy in the South have been published, but no country in the international community cares bout the suffering of Southern Sudanese. The United Nations and the OAU (AU) have neglected the suffering of Southern Sudanese people. Southerners have gone and are going through an Islamic apartheid system orchestrated through the use of ‘Islamic Jihad.’ This book attempts to represent a voice for the voiceless in the hope that those who read it might know why there is a war in Sudan and convince their governments to do some thing about it. Southern Sudan is indeed a forgotten tragedy.

This book examines the North-South relations in Sudan politics from a southern perspective. It addresses the fundamental and immediate causes of the civil war, the role of the military in Sudan politics, the Southern Sudanese Liberation Movements and confusionism that beginning with Anya Nya I to the present.

The ethnicitization of power and politics and the illusionary peace deals are explicitly dealt with. The book also addresses the reasons why peace agreements in Sudan fail to materialize and what the international community can do to ensure that either side does not violate them.

The book also addresses the role of the oil companies in financing the civil war in Sudan. The principles of state-secularism and self-determination and the feasibility have been discussed. More importantly, suggestions to the international community and the Sudanese people on how to resolve the civil war have been suggested. This is a grassroots perspective from those that are affected and live through this terrible humanitarian tragedy in Southern Sudan.

Peter Both was born and raised in Upper Nile Province, Southern Sudan.

He completed elementary school in Sudan. But due to the civil war in Sudan, he was forced to flee to Ethiopian border where he stayed as refugee for almost 11 years.

While refugee in Ethiopia, he continued his education and graduated with BA in Political Science and International Relations in Addis-Ababa University in 1996.

After graduation, Mr. Both took up a job with Refugee and Returnee Affairs department, an implementing partner of the UNHCR in Ethiopia, where he served as Assistant Coordinator for Refugee students.

Mr. Both became permanent resident in Canada in 1997 where he completed his Bachelor of Social Work at the University of Calgary in Alberta, Canada. He is currently a Master of Social Work candidate specializing in International Social Development.

Mr. Both worked for various refugee agencies in Calgary including Citizenship and Immigration Canada.

His current publication is South Sudan: Forgotten Tragedy. He is currently working on a book tentatively entitled: International Relations of Ethiopia: the strategy of a developing state.

Some of his major research interests include: