BLACKS IN THE BIBLE

Volume I: The Original Roots of Men and Women of Color in Scripture 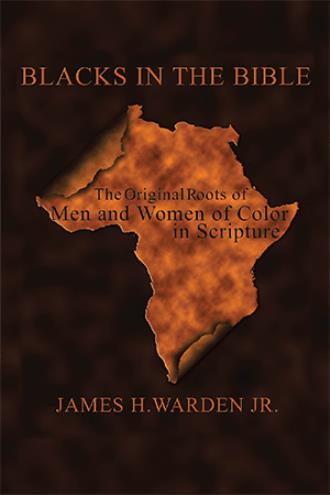 It’s interesting how Christians view the color of sin.  In churches you may hear phrases such as our hearts were “blackened by sin.”  European-based Christianity has assigned a color to sin and that color is black, whereas Bible-based Christianity does not associate sin with the color black. Racism has crept into even the color of sin.  In answer to the question, “What color does the Bible assign to sin?” many people would answer, “Black is the color assigned to sin.”  The Scriptures clearly assign sin a color, but not the color black.  Isaiah states:  “Come now, and let us reason together, saith the LORD: though your sins be as scarlet, they shall be as white as snow; though they be red like crimson, they shall be as wool.” Both crimson and scarlet are shades of red; therefore, red is the biblically assigned color of sin, not black.

Nevertheless, a form of a Westernized theological racism has insidiously claimed that black skin is the result of a curse.  Actually, when God cursed someone’s skin,  He turned it white. The first occurrence happened when Moses’ sister Miriam mocked Moses for marrying a woman with black skin, an Ethiopian. (Num. 12:1, Jer. 13:23)  God responded by turning Miriam’s skin white, with a skin disease known as leprosy.  This cured her racist views. (Num. 12:10)  Also, recall when Elisha cursed his servant, Gehazi saying: “The leprosy therefore of Naaman shall cleave unto thee, and unto thy seed for ever.  And he went out from his presence a leper as white as snow.” (2 Kings 5:27) The curse this man of God put on the greedy Gehazi’s skin, for his abomination, did not turn his skin black but “as white as snow,” which made Gehazi the first abominable snow man.  Also, in Exodus 3:2-4:6, when God spoke to Moses from a burning bush to display his power over sin, God turned the skin on Moses’ hand white with leprosy, then restored his skin to its original dark color that had earlier allowed him to pass as the grandson of Pharaoh, an African king.  Each time God placed a curse on skin, he did not turn it brown, black, or dark but white, even as “white as snow.”  Somehow this theological point has failed to find  its way into European pulpits.  However, the fable of God turning skin black when he was displeased with a person easily found its way into many of their pulpits.  Not one account of God showing displeasure by turning someone’s skin black is found in Holy Scripture.  The irony lies in the fact that original sin was the same color as the original man: red.  Adam means Red Man. 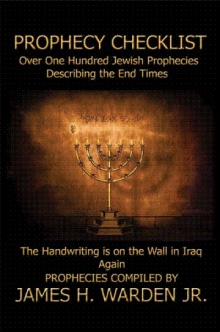 Prophecy Checklist Over One Hundred Bible Prophecies Counting Down to the Second Coming of Jesus Christ
James H. Warden Jr.
$14.99 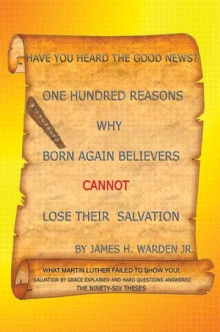 James Warden is a graduate of Mid-American Nazarene University and attend Dallas Theological Seminary. He worked six years as a Christian radio announcer in Kansas City, where he founded Have You Heard the Good News Radio Ministry. He was ordained as a minister in 1992 by pastors Don and Velma Aston of Overland Park, Kansas. He is married and has authored several books outside of the Blacks in the Bible series. He offers seminars regarding Eternal Security, Bible Prophecy, and Types and Shadows in Scripture, and Biblical Black History. He resides in Texas. Contact him at james.wardenjr@att.net with the subject title as "Blacks in the Bible" or it will be discarded as spam. For more information WWW. BLACKS IN THE BIBLE. NET or WWW.BlacksInTheBible.Org.