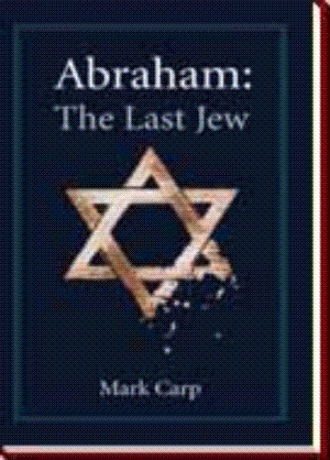 "I see. Sasha, if we move away from here and disguise our identity, and the baby grows up and discovers his origins, what would you tell him?"

"I would tell him the truth."

"Remember, they tried to cover up Moses' identity."

"Sure, because the Pharaoh ordered all male Hebrew children killed. I want my baby to have a normal life."

"He will have a normal life here in our growing Jewish community. He will have the best education. He will be exposed to his co-religionists, and Jewish learning and institutions. And on his bar mitzvah day, he will read from the Torah!

"Maybe one day he'll become a great Jewish writer and we'll be so proud."

"And maybe one day they'll burn his book and throw him in an oven."

"Sasha, maybe we shouldn't talk about this now."

"Sure it counts. But I'm his father; he'll be raised as a Jewish male on my say so. We're staying in this community!"

"Levi, we can talk about this later."

"That's just it, we won't talk about this later. The case is closed."

"My feelings as a mother don't count?"

"Sure they count. You're the glue. You will nurture our son and love him. I will give him structure and teach him priorities and what is important.

"Sasha, please let's enjoy the rest of the time we have up here. Let's not be frightened of the future."

"No, but fear is no way to live. We are about to have a son. That's the most joyous thing that can happen to a man."

"But fear and hate are all around us. You found me in a mountain outside of Tashni, hiding for my life. I saved that son-of-a-bitch Alexander Shukov's life, and I was almost fired because of a letter I sent his wife. Then he and that mob marched up our synagogue steps with the intention of killing us. Everything is the Jews this and the Jews that. There is no peace. That book, that goddamn awful book, talks of our son as the last Jew. Then you want to do a memoir of a survivor. And all those dead people--parents, relatives and friends."

"So take the baby, Sasha, leave me and run away. Live in isolation. Live without roots. And one day the baby will grow up and realize he's different and will begin to ask you questions, then what will you say?"

"Suppose they find out who he is and they take him away?"

"I'll tell him I tried, as only a mother could." 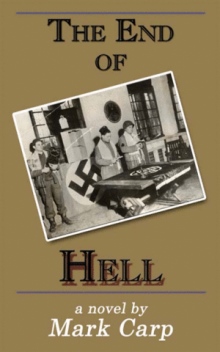 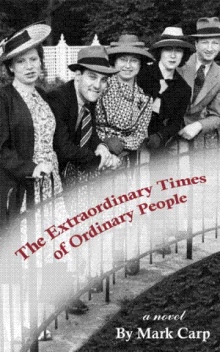 It's a world gone mad, and who's better to blame than the Jews!

The area of murder: The World.

Survivors are forced to confront questions of adherence to faith, personal loyalty, and confronting horrific wrongs—difficulties that have long faced the Jewish people—and help create identifiable characters in trying times.

During her pregnancy, Levi Bushkin's wife reads a novel that her husband is writing.

The novel depicts their yet-unborn son as the "last Jew."

After she puts down the book, she says, "It's very creative and eerie. I'm wondering if it's a distant mirror."

Mark Carp is the author of Abraham: The Last Jew. He lives in Baltimore, Maryland, and holds a BS degree from the University of Maryland and an MS degree from The Johns Hopkins University. He has written locally for numerous newspapers and magazines. This is his first novel.