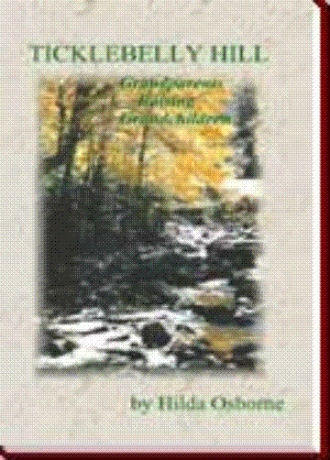 A few years ago I would have thrown out this old thing. I paid less than ten dollars for it at the church’s second-hand clothing store, and I had already gotten my money’s worth out of it.

"But, Granny, it’s my favorite," she had pleaded with me to sew up the rips in the lining of the old comforter. It was made for a single bed, but she liked to curl up under it and wrap herself in it on her full-sized bed. It was not all that colorful, printed in shades of gray and tan, but she liked the pictures of kittens strewn across it. They reminded her of the cats she had at her mother’s house. That made it her favorite.

I hated sewing; I had given it up years ago. I never really had the patience for it, and my aging eyes make it harder and harder to see the needle, much less the nearly invisible thread that has to be pushed through that tiny hole at one end. How she had managed to make so many rips and tears in the lining, I will never know. But it was her favorite, and she wanted me to sew it up for her. So with the aid of a needle threader and bifocals, I manage to

piece together the ripped places. It is not a pretty job, and there are still some frayed edges. But my 12-year-old granddaughter is thrilled with her "like new" comforter.

Cindy and her two sisters came to live with us when she was ten years old. Lesley was eight, and Summer was six. They are the daughters of my daughter. Each of the girls has a different father, and thus a different last name. Cindy and Summer have blonde hair, like their mother. Lesley is half African-American, like her father. They came to live with us after I fought for and won custody in court after state officials had taken them away from their mother. They were taken into protective custody because of abuse they were suffering at the hands of their mother’s newest love interest, her third husband and umpteenth bad relationship. To leave them in foster care, even for what I would have hoped would be a short time, was simply unthinkable. To think of them living with strangers, separated from their family, broke my heart. They belonged with their family, and that meant they belonged with me.

Since the girls came to live with us almost four years ago, my daughter has made some improvements in her life, but is still not improved to a point where she can take care of her three little girls. Why she can’t really is not an issue at this point. She simply can’t. And since she can’t, we must. Children are not something you can set aside until you are ready to raise them. They are an immediate-need situation. They need everything, and they need it immediately! So my husband Ben and I took on the task of raising these three little girls. Even as we accepted what the court called temporary custody, we knew there would be nothing temporary about it.

My husband and I are among the many thousands of grandparents who are raising grandchildren. When the children first came to live with us, I was filled with mixed emotions. I was thrilled to have my grandchildren near me, and happy that I was able to provide a safe, stable home for them. At the same time, I was heart-broken that my daughter could not provide a home for her children. The shadow of guilt hung over me, asking what I had done wrong, how should I have done things differently. As a parent, I know I made mistakes. All parents do. Our children, however, are also influenced by the acts of others, acts that we as parents may not become aware of until it is too late.

This book was written for all those grandparents who are raising the children of their children. It is meant to be a light-hearted, yet serious look at life after the grandchildren move in. It is not, however, meant to identify any member of my family. Therefore, all names have been changed.

Hilda Osborne grew up in Nashville, Tennessee. She earned a Bachelor of Science Degree in Applied Organizational Management from Tusculum College by studying nights and weekends. English Composition 101 is where her talent for writing was first recognized. After she submitted a writing assignment, the instructor wrote at the top of the page, "Where did you learn to write? This is really good!" She currently resides in Roane County, Tennessee where she moved with her husband in 1987. Between the two of them, they have three children and five grandchildren (and counting).