Best of both the worlds 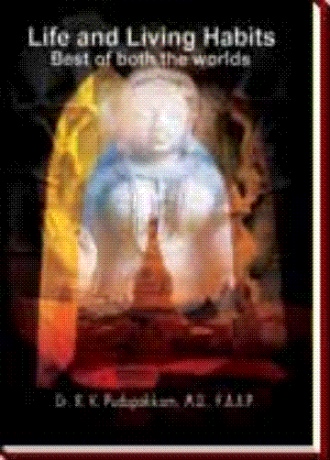 The author agrees with many famous Vedic Philosophers who have written books about Hinduism. They all agree on the following facts as it relates to traditional Hindu devotees. The language Sanskrit is too complex to understand. Just being at the temple is enough to receive Lords blessings. Rituals are not for us to understand. The more we contribute the more we can claim superiority over others. There is deep rooted politics between northern and southern Indians devotees in terms of their choice of gods. With that kind of non Vedic mind set we all attend . We don’t seem to understand how our second generation is affected by our selfish motive. They have absolutely no clue why they have to attend any temple functions when they don’t understand anything about Aarathi, ringing, coconut shell and Prasadam. Unfortunately we as parents are just as ignorant as our children except we have this notion that it is a sin not to attend the temple some time that day just to have a Darshan and receive Thirtha and Prasadam.

Do you know how many of us show up casually at a temple any time we feel like it? We don’t do that intentionally at all. If you commit an error knowingly then it is a sin. We have no clue about what is going on? I mean we do not understand the significance of an idol or a ritual or we are hesitant to ask the priest to explain. I have yet to come across a devotee who wanted the priest to explain what is this function is all about. Our Non Indian colleague makes us very uncomfortable. Like one of the devotee was explaining that North Indian idols are White like them and South Indian idols are Dark like them. How stupid one can be to make that statement to a child. No Indian educational system ever made Hinduism as a part of our early educational curriculum. Now we as parents pay the price as we pretend to be highly spiritual.

The author was not any different from the rest of devotees until he chose to write this book. He expects all the readers to have belief and imagination to appreciate the practical information as it applies to their present life habits. We all should remember that Veda never promised that you go to heaven if you follow the teachings but it clearly says that your life will be meaningful. Vedas also says that heaven or hells are not geographical places but it is all your state of mind.

It is the author’s intention to convert a non Vedic mind to a Vedic mind. By having attained that one can face life with courage, hope and values. Infact the entire Hindu rituals are simply a form of disciplined life. Anything you do in life let there be an order, consistency, and positive thinking. The last chapter 12 is basically what I took out of Hindu scriptures and provides enormous information about many aspects that very few of us are even aware of. The entire writing is written in a spoken English form and will appear like a story (Puranas).One should know that Puranas narrated by sages is what has made complex Upanishads understandable.

Finally the author would like the younger generation to develop a true devotion towards the lord because now they can understand him. One final advice to all the devotees. Be part of an intended function from the beginning to the end. I also recommend that a proper dress code is essential like you will not wear a three piece suit while riding a lawn mower. Proper dress code must be learnt from the priest as he is the messenger of the lord. One has to show respect and dress appropriately for the occasion.

This is a philosophical and a religious book that a reader will be able to read, understand and remember. It should be viewed as a "Pocket guide" for all Hindu temple devotees. The author chose to write this book after realizing the complexity of traditional Hindu temple ceremonies and rituals. It is a fact that a majority of regular temple attendees (Devotees) are not aware of symbolism and significance of multitude of Hindu gods idols and various religious activities. We as parents cannot afford to be ignorant if we need to instill interest and create incentive in our future generation. We were deprived of this subject as we started our education at . Living in and raising our family with values must include a sound knowledge of our rich Hindu scriptures

I highly recommend that the reader carry this book and periodically refresh their memory.

I was born and raised in and followed my late father’s foot steps of being a physician.  I graduated from University of Mysore Medical College in 1964. During my high school years, I knew exactly my passion in life, to become a baby doctor. I stayed on the course surrounded by well-rounded family life and became one.

By pure sincere efforts of my own and proper channeling by my respectful elders, I was able to attain all my post graduate training in general pediatrics, allergy asthma and clinical immunology at () in the early 1970s.

I became Board certified in both American Board of Pediatrics and American Board of Allergy and Clinical Immunology soon after the training. By this time, I was married and was a householder with three children.

My only final move was from the fast track life of the East Coast to a more laid back, family oriented lifestyle in the .  I practiced General Pediatrics and was able to incorporate allergic disorders into one solo practice from 1974-1996.

At present I live in .  I chose to work for the local community hospital after I retired from private practice in1996.

As I have outlined in the preface, my second passion about book writing surfaced after I had a face-to-face encounter with a divine living personality in in early 1998.

My entire outlook on life changed at that point. This book is dedicated to HIM first and my family next.

I currently have been happily married for over 36 years and I have four grandchildren across the .

This book of mine is written with a specific message to caretakers who have such a powerful tool to create any type of personality they wish. Being responsible for their actions, one must remember to sustain normal life; only good actions should be instilled in an empty computer brain of a child. Any exploitation of this freedom will result in dire consequences.