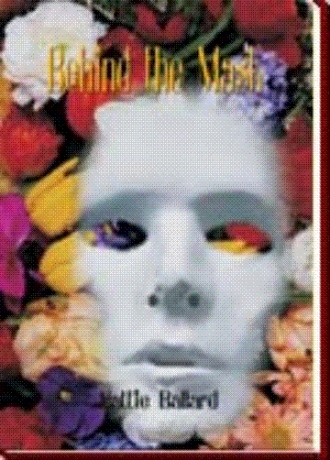 Reaching out into the coolness of the room in the early morning hours, Tressea shivered, trying to silence the alarm clock as it seemed to elude her. Finally reaching it, there was instant silence. She wanted to nestle beneath her comforters where it was warm and invitingly cozy, realizing she couldn’t stay curled up in their warmth, much as she wanted to. It was another work day. What an unearthly hour five in the morning is, she thought, pushing comforters back. Sitting on the side of the bed, she stretched and yawned, then looked at the clock. She pushed herself to begin another day.

After her shower, Tressea slipped into her clan white uniform. Looking in her full length mirror, checked her appearance and seemed satisfied as she smiled back at her reflection.

Across town, Kathy inspected her red hair as it curled softly about her face. Her dark eyes sparkled. No one would believe she was a forty-one year old mother with four sons. She felt more like twenty and people often were quite surprised to find out how old she was. Taking one last look in the mirror, she hurried up the hall to her son Barry’s room.

In the kitchen, Kathy struggled to get Barry’s coat on. He became like a limp dishrag as she tried getting his arms into the sleeves. Let it be any other time and Barry could get into his coat without any help. Kathy held him against her then pushed and shoved his arms into the sleeves. Success at last, the coat was on much against Barry’s wishes.

In another part of town, Cindy was at the door of their apartment, anxiously waiting for her husband to leave for work. Her coal black hair was piled into a bun on top of her head for work. She didn’t want it hanging down her back and shoulders with the possibility of hair falling into unwanted areas. When her and her husband went out, she usually let it fall softly down her back.

At the hospital, the three nurses met at the entrance. They had been friends a long time, having gone to nursing school together. They all worked for the same hospital now, but in different units, often comparing notes on what they did and how things had changed since they first became nurses.

The night shift was finishing the last of their charting and whatever last minute details seemed to be happening at the end of the shift. Charting always seemed to be the last thing and now they were trying to get finished, hoping there wouldn’t be any last minute interruptions. It always seemed if there was to be an emergency, it would be now. The change of shifts seemed to be when everything usually happened.

Sue, a Licensed Practical Nurse, with skin the color of milk chocolate and eyes the deepest brown, looked at her watch thinking it was almost time to leave. Her hair was piled up into a bun on top of her head, making her look like a school teacher, her glasses were down toward the end of her nose whenever she was writing. One always had the urge they wanted to push them up. Sue never noticed, only fixing them when she quit writing. She spent her day time hours going to junior college to be an R.N.

Myrna was the R.N. charge nurse on the night shift. The staff referred to her as the speeding blonde. She never walked, but she didn’t run either, covering more miles in less time than anyone there. They all marveled how she did it.

Myrna grabbed the IV bottle she had left sitting on the desk and hurried out of the nurse’s station. The patient in 345, Mrs. Locke, a sweet middle-aged lady, had fractured her right arm and leg, and had some internal injuries from an automobile accident. Occasionally she cried out in pain. The nurses would medicate her and then she would rest again, sleeping and waking at intervals. Sometimes she knew where she was and sometimes she would forget. She had been riding with a friend when a car came from nowhere, side swiping them. Mrs. Locke had been the only one seriously hurt.

The nurses on the day shift began arriving, turning on al the lights as they came up the hall. The quiet no longer existed. Tressea stopped at the sink in the nurse’s station to get the coffee ready for the first part of the day. There would be many more pots of coffee made before the day was over. They need to keep the coffee pot filled, especially with family members and some of the patients wanting coffee during the day.

"Is anyone ready to count?" Myrna asked.

No one paid any attention to her. Myrna looked around, beginning to feel agitated, because she wanted to get off duty and go home. And she couldn’t do neither until the narcotics were accounted for. Every morning it seemed they had to wait and wait for someone who would come to get the count done. This morning Myrna was feeling a little short tempered and the longer she waited, the more agitated she was feeling.

"Good morning, Mrs. Tilson. How are you this morning?" Tressea asked, entering her room.

"I don’t feel well this morning. I was awake all night, I didn’t sleep at all," she whined.

"I’m sorry to hear about that," Tessea thought back over morning report, no mention of Mrs. Tilson being awake all night was mentioned. She would check the cart when she got back to the nurse’s station. "Perhaps after your bath, you can take a nap before you’re therapy.

"That would be nice. You are so good to me, dear. I know you will take good care of me.

Tressea smiled. This was the lady who said whoever was taking care of her was so good and other nurses were mean to her. She would have to be careful of what she said to Mrs. Tilson.

Tressea hurried down the hall. She needed to check on Mrs. Bradley’s IV, wishing she had done that before going into see Mrs. Tilson, knowing she would be in there much longer than any of her other patients. Tressea hoped the IV hadn’t run dry. She didn’t want to have to restart it again, especially since things were so busy this morning. A never ending round of things going on.

Tressea was thankful she had gotten there before the fluid ran out. She looked down at her sleeping patient, lying just as she had been positioned earlier in the morning. Mrs. Bradley didn’t attempt to move from the time she was turned and repositioned to the next time. The only motion you could see was the top part of her chest just above the cast that covered most her body. She looked like a sleeping goddess. Tressea thought how beautiful she looked. Her blonde hair curled softly around her face. Her skin was very soft and pink and smelled of roses.

Occasionally, she opened her eyes, looking around the room. Tressea thought she looked like a small bit of the heavens had been given to her, her eyes were so blue. Like sleeping beauty. There seemed to no other way to describe how pretty she was. Tressea wished like the fairy tale, that a simple kiss from her love cold waken her.

"Who was his nurse?" Mrs. Long demanded. "I want to know who his nurse was to leave him like this to fall out of bed." She looked around the room waiting for an answer. "I wasn’t to know now who his nurse is and hoe he got into this kind of a predicament. Isn’t anyone watching my father so he doesn’t hurt get hurt?"

Behind this mask is about the lives of nurses and how they face each day. What they feel and how they must accept and be able to go to the nest challenge. It tells how they feel about life and death and the challenges facing the nurse. The story allows the reader to realize that the nurse must hide their feelings, and to do this they wear an invisible mask. If they needed to be sad, angry or impatient, the patients feel they were not the center of the nurse’s universe. And so, it brings the reader to realize that the nurse is human and has learned to put their worries and frustrations, or whatever it is, to make the patient feel they are going to be really well card for, behind a mask. The nurse has become one of the greatest actors in the world.

I grew up in Rockford, Illinois. I graduated from West Senior High School in 1945. I went into nursing at St. Anthoney’s hospital right after graduation into nursing. I was in my second year when I met and fell madly in love with my husband. It wasn’t long after that that I left training and married. We had four handsome sons.

I was longing to get back into nursing, so the first thing I did was to become an L.P.N. Right after that I went to Rock Valley College (junior collage) and got my R.N.

I attended Northern Illinois University in DeKelb, Illinois where I received my Bachelor’s in Nursing degree, in 1976

I worked at the local hospitals learning and seeing the things I have written about in my book. Tragedy struck when my husband was killed at work and so I moved to Reno to begin a new life. My children were all grown. I still kept collecting memories about the people I took care of. I felt I needed to get away from Illinois so I moved to Reno, where I have lived for almost thirty years. Working in many phases of the nursing field. I’ve been staff nurse to Director of Nursing in long Term care. I taught nursing assistants at Sierra Nevada Job Corps for several years, before I retired. But then I was bored so I have gone back to work at a small long-term care hospital near my home. I’ve since remarried and we live quietly with our Philadelphia Boston Terrie, Tootsie.

I love to cook and do all that stuff, like knitting and crocheting and reading.