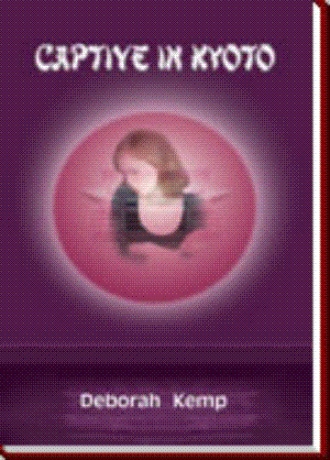 It was the first anniversary of my marriage to Kenji Tanaka, and as I waited for him to come home, I thought about the events of the past year. So much had happened to me since I met him, and though I could barely remember my life without him in it, there were things I wished I could forget. In the space of a year I had experienced the kidnapping and attempted murder of my husband, and I had come close to being killed by a man bent on silencing me. On the other hand, the year had brought the most unbelievable joy and passion to my otherwise quiet life in Kyoto.

I had come to Kyoto over three years ago to teach English, and later began to work as a translator for a large company. Because I was fluent in Japanese, and could both read and write it, I was a considered very employable. I had a graduate degree in Asian Studies, and I had spent most of my life learning the language and culture, so I knew it was time to move to Japan and make use of my degree and background. Even though I knew I wanted to live in Kyoto, nothing could have prepared me for the way I felt when I arrived and settled in. For me, it was coming home. My friends and family didn’t understand the deep attraction I had, or the affinity I felt for Kyoto and the people, but I never questioned my Kyoto connection.

I made a few American friends, as well as some good Japanese friends, and I enjoyed visiting temples and learning about the arts and culture of the city I had adopted. I knew that my world would change the day I met Kenji. He was the most beautiful man I had ever seen, and I began to believe in love at first sight. He looked like he belonged on the cover of a magazine, and I couldn’t believe it when he asked me out. I considered myself somewhat attractive, but certainly a far cry from drop-dead gorgeous. My name was Page Queenan, and my blonde wavy hair and green eyes gave away my Northern European ancestry. In a country like Japan, where the majority of people have straight dark hair and dark eyes, I stood out like the gaijin that I was, and there were men who were interested in me for those very attributes. Until I met Kenji, I had a dated a few men in Kyoto, but I had not found anyone interesting enough to hold my attention for long.

Once I got past the physical attraction I felt toward Kenji, I was excited to find how much I enjoyed him as a person. He was intelligent and kind and very funny, and the more time I spent with him, the more time I wanted to spend. He was Harvard educated and fluent in English, so we had no trouble communicating. We often found we needed no words at all to communicate our feelings, and we had the most sensual and romantic relationship I could ever have imagined.

I had no idea how difficult it would be to be married to the only son of a wealthy and prominent Japanese family. Kenji’s parents, Hideo and Akiko, often seemed to think the worst about me, suspect me of things I hadn’t done, and look for a hidden agenda I didn’t have. I never quite knew if I would ever measure up in their eyes, but I suspected I wouldn’t. I truly believed they wanted their son to marry a Japanese girl from a good family, but instead they got me, and I wasn’t going anywhere.

Kenji’s family owned a huge import-export business as well as many other businesses they purchased to diversify. Kenji ran the Kyoto branch of the business, and his graduate degree in Asian Art helped him in his work. He collected rare netsuke, tiny figures used in ancient times as an accessory to the kimono men wore. I had learned so much about art and antiques since I met Kenji. I had a personal interest in textiles, and I often visited the Nishijin orimono, the textile factory where the fabric was made. I loved the silk brocade fabric, and I owned several obis and a kimono made from it.

After Kenji and I married, I left my job and took a position teaching two courses at Kyoto University. I loved teaching there, and the fact that I only taught two courses left me with plenty of free time to travel with Kenji. We often visited his family in Kamakura and Tokyo, and we had traveled to London, Paris, and Boston in the past year. My family lived in Fitchburg, about fifty miles from Boston, but because it was such a long trip from Japan, we didn’t go there often. 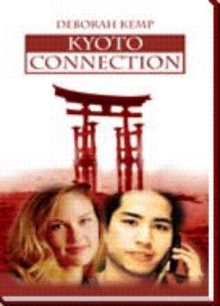 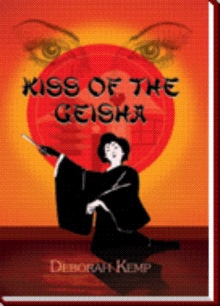 Page Tanaka becomes involved in the disappearance of a student at the university where she teaches when another student requests her help in finding the missing girl. Soon it becomes evident that this is another in a series of missing women. Page is unwittingly drawn into a dangerous situation when she agrees to help the police. Readers will recognize familiar characters from Kyoto Connection and Kiss of the Geisha who return in this third book in the continuing series where kidnapping and murder once again mix with romance and passion.

Beneath the peaceful and serene beauty of Kyoto lurks a secret world where women fall victim to men who use them for sex and money. Is a serial rapist targeting "gaijin", and holding them captive in Kyoto, or is it part of a bigger plan for white slavery?

Deborah Kemp was born in Massachusetts. She received a B.S. degree in psychology, and then worked as a travel agent for ten years. After traveling extensively, she returned to school, received a master’s degree in education, and became a teacher.

She and her family hosted several Japanese students, and she began what she calls a "lifelong love affair with Japan." She spent two summers visiting Kyoto where she made side trips to other areas of Japan. In writing Kyoto Connection, she combined her years of learning about Japan with her personal experiences in Japan.

She continues to teach her students about life in Japan, and has just completed her third book, Captive in Kyoto. This book features Page and Kenji from Kyoto Connection and Kiss of the Geisha, as they get involved in the disappearance of an American woman in Kyoto.