...By Reason of Childhood 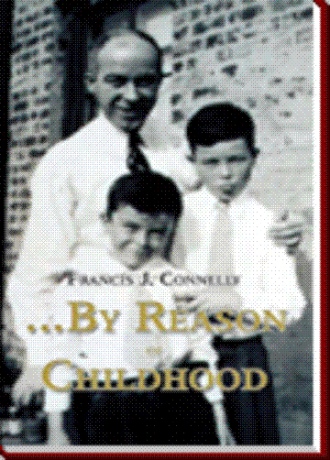 From Adventures with Little John

The cellar door banged shut with an ear shattering clang, the sound reverberating throughout the otherwise empty cellblock. John and I were doing our best to get some sleep, but what passed for a bed was a single slab of hardwood, and the two thin blankets they had given us were inadequate to ward off the chill of a New England night. John Moloney, known as Little John, was curled up in a fetal position at the far end of the alleged bed, while I used my arms as a pillow, pressing them against the bars of the sliding cell door. We were "guests" of the New Hampshire State Police. Evidently, the turnkey assigned to night duty did not feature the fact that John and I should have been allowed to sleep in one of the cells with the door open, since we were not technically charged with any wrongdoing. When he slammed the door closed, my hand came that close to being caught between the bars. Earlier in the day, when we had first been brought in, we were placed in a locked cell across from another youth who was slightly older. We engaged in a brief conversation: "What'd yado, pull a job?" My response: "Yeah, at the golf course." His reply: "I hit a grocery store." It was then that I realized that this junior John Dillinger had not asked me if we had gotten a job. His question was whether we had pulled a job, meaning an armed robbery or something of the sort. John and I looked at each other in shocked disbelief, realizing simultaneously how really far we were from Brooklyn. Up until that point, we considered the whole thing nothing more than a lark.

Naturally enough, we had started out from Brooklyn, and begun hitchhiking our way toward the New England states. We spent a couple of nights sleeping in YMCAs, lying about our ages. The rule was that you had to be at least eighteen years old, and we convinced one "Y" that we qualified. I don't know how because neither one of us looked any older than our ages, which were fourteen and fifteen. Little John was the older one. He might even have been sixteen at the time. You could say that he was the brains of the outfit, and I was the brawn, but to be truthful with you, if he had as much brains as I had brawn, it is a wonder that we got as far as we did.

The day before our incarceration, we had conned our way into the promise of a job caddying at a local golf course a few miles from the Trooper's headquarters. As usual, at John's behest, I did the talking when we entered the clubhouse seeking employment. Neither one of us knew a golf club from a broomstick, but I confidently asked the manager if he needed any caddies. "Have you had any experience?" "Oh, sure." "Where?" I was momentarily at a loss, but the name "Pitch-n- Putt" popped into my head. That was the name of a miniature golf course that was located in Riis Park years ago. He seemed satisfied with that answer and told us, "Okay, come back tomorrow morning, 6 a.m."

We were tickled with our good fortune. Now, all we had to do was to find someplace to sleep for the night and then take it from there. We started hitchhiking again, figuring to find a town that had a Y, but our next lift only took us a short distance and dropped us off at a spot where there was not much traffic. Across the road from us stood a small eatery with only two cars in the parking lot. We decided to spend a little bit of our remaining cache of coins, and we ordered a bowl of corn flakes, which we shared. The sugar was free, but in our enthusiasm to fortify ourselves with as many calories as possible, we poured in too much, causing the cereal to be disgustingly sweet. We finished every last bit of it anyway. The owner looked us up and down pretty good, but other than asking us what we wanted, he had little to say. All too soon, the Kellogg feast was over. We returned to the road and our efforts to hitch a ride to somewhere and find a bed for the night. John, ever observant, had noticed that right behind the tiny diner was a small cabin. By this time, the sun was starting to set, and the traffic was getting thinner and thinner. The chance of getting a lift was fast becoming less than likely. After twenty minutes or so of making faces at the passing cars, he told me to ask the owner if we could sleep in the cabin.

I objected strenuously to this suggestion, pointing out that the owner did not seem all that friendly, and there was no good reason he should let us sleep in his cabin. In addition, I pointed out that we didn't even know if it was his cabin. John was such a persistent cuss, though, that I succumbed to his urgings and reluctantly reentered the diner, which was now devoid of customers, and walked up to the owner. My powers of expression and persuasion have always been the stuff of which legends are made. I asked the man, "Can we sleep in your cabin tonight?" His reply, though brief, was eloquent: "Yes." He led John and me into his cabin, explaining that we were in luck because he had decided to stay at his house in town that night because he had some things to take care of. With that flimsy excuse to justify his good-heartedness, and without subjecting us to questions, he got into his car, called out "Bon soir!" (which John told me meant good night), and left us two complete strangers to use his cabin. When you're on the road, you can meet some really great people. As far as I was concerned, the owner of the coffee shop was one of them. Another thing-Little John was some shrewd piece of work! He had correctly sized this man up as one of the good guys, and was he ever right! Wasn't he?

Early the next morning, after leaving a brief thank-you note, we left the cabin with the intention of catching a ride back to the golf course and to our new careers as country club caddies. During the night, we had discussed the golden opportunities that lay ahead. We felt like we were on the top of the world! Our thinking went something like this: "Who knows? Maybe after we overcome the slight impediment of not knowing anything about the game of golf, we might latch on to a future golfing great who will make us his personal caddies. He will take us all over the world, and we will be much in demand by other golf stars, and we will prosper accordingly. Don't worry, stranger things have happened!"

As if to confirm our newly acquired optimistic outlook on life, we no sooner stuck out our thumbs when a couple stopped to give us a ride. After the mandatory chitchat about where we were going and where we were from, we settled back to enjoy the ride, but that did not last long. The driver looked in the rear view mirror and exclaimed, "Uh, oh!" I turned around in my seat to look through the rear windshield, and saw a police vehicle with flashing lights quickly approaching us. We were pulled over, and the driver was instructed to step out of the vehicle. He and the trooper had a brief, whispered conversation, and then we were permitted to resume our trip. When asked by his wife why we had been pulled over, he gave some kind of inane answer like "Oh, I don't know." I started to get a bad feeling, and sure enough after another several miles, I saw a sign that indicated we were approaching the New Hampshire State Police Headquarters. I said to myself, "I hope we're not going there," but we were. The driver turned into the small public parking area, and as though he had heard my silent plea, explained 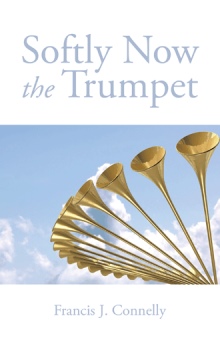 "You should write a book!" Thus encouraged by his grandchildren, Francis J. Connelly sat down and did just that. The result is ...By Reason of Childhood, the candid story of his courageous journey through early life. Filled with rich detail about Brooklyn in the late 1930's and 40's, ...By Reason of Childhood is an engaging combination of memoir and genealogical detective story.

Though he is being raised poor by an orphaned mother and a mostly absent alcoholic father, Frankie nonetheless tackles life with joy and tenacity. We share in his innocent adventures: Sneaking into Ebbets Field to see the Dodgers, hitchhiking through New England, spending a night in jail. We meet the unforgettable characters who populate his world, like Gene, the ghoulish hardware store owner, and Frankie Kane, the inscrutable but kindly father figure. As he endures house fires, bullies, armed robbery, summer camps from hell, and myriad illnesses, accidents, and injuries, Frankie somehow retains his sense of humor and essential goodness.

Through experiences both poignant and comical, sifted mysteriously through the sieve of his family history, Frankie emerges as an anxious yet intrepid survivor. ...By Reason of Childhood is infused with a spirit of nostalgia, love, and, most of all, forgiveness.

Francis J. Connelly was born and raised in Brooklyn, New York. Over the years, Frank has worn many hats: Chinese voice intercept supervisor during the Korean War, police officer, corporate security advisor, and owner of a successful pest exterminating business. At one time, Frank was active in community theater, and was presented with a Best Director award by his acting troupe. Now retired, Frank spends his days reading, writing and spending time with his family, especially with his nine grandchildren (who allow him to be a kid again). He and Anne have been married for forty-eight years and still live in Brooklyn. ...By Reason of Childhood is his first book.