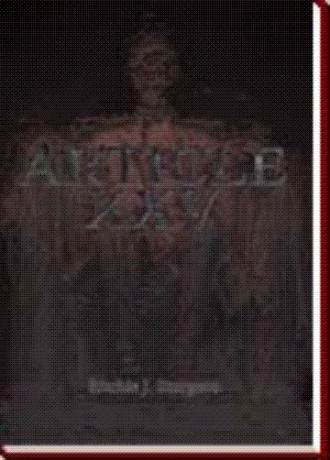 Neagle was reading an article in the Washington Post criticizing the Tate administration’s handling of the war. He looked up from the article and jokingly said to Gary, "Perhaps this job is too big for you, Mr. President."

Some of the other leaders present looked at Neagle with disbelief while others laughed somewhat reluctantly at the joke. But Gary was not amused, "My black skin bothers you, too, doesn’t it, John?" Gary replied harshly.

Silence immediately filled the room, and the smile on Neagle’s face quickly disappeared as his face grew red. He looked at Gary and said, "May I speak freely, sir?"

"No point stopping now," replied Gary as he sat back in his chair.

"First of all, I apologize for my statement, sir. It was in poor taste; however, I hope that you know I was just joking. But I’m wondering why you always refer to your race when someone criticizes you?"

"You’re out of line, John," interrupted one of the White House officials.

But Neagle brushed aside his comment and said harshly, "No! I want him to hear me out on this." Then Neagle looked at Gary and continued, "Sometimes I think you hide behind your race as a scapegoat instead of admitting your mistakes," said Neagle quietly. "I’m not stupid. I know there are people who dislike you because you’re African American. I’ve seen the threatening notes, too. But to be honest with you, I never consider your race. You are the President of the United States, and that’s how I see you. But being the President doesn’t mean you won’t have faults and be criticized for them, which has nothing to do with your race."

Tate looked hard at Neagle and the others in the room as though daring them to say something. He considered Neagle’s comments for a moment and then replied, "Perhaps you’re right, John. Perhaps I do jump to the conclusion that race is always a factor. But that doesn’t mean that those conclusions are unfounded. Look at the media, for example. The media has all but said that I am unqualified because I’m African American. My race gives them headlines. Even the Republicans have hinted that I’m not qualified to be President because of the color of my skin. Of course, they dare not come right out and be that blunt about it," said Gary. Then he continued, "I guess until groups like the Aryans and KKK are completely wiped out from the face of the earth, and until people finally judge me by my abilities and not by the color of my skin, I will always be mindful of racism and expose it as often as possible."

Remember if you will, the suspense of our most recent presidential election. Both parties struggled for control, yet only one would emerge victorious.

Now fast forward to the year 2008 and imagine a new twist to the story – one that will forever change the face of our nation. Attorney Ritchie J. Sturgeon’s novel, ARTICLE XXV, is a story about a new presidential candidate, Timothy McGuire, who is Caucasian, with a slightly different running mate, Gary Tate, who is African American. Through a shocking turn of events, Tate finds himself thrown into the role of president. ARTICLE XXV follows President Tate’s journey, which winds through a maze of murder, intrigue, and deception all while our nation watches in outrage and confusion. Not sure who might be the enemy, Tate struggles to uncover the truth and yet maintain some sense of calm in the United States.

is a riveting story full of suspense and powerful secrets.

Ritchie J. Sturgeon is an African American attorney specializing in utility law. He currently resides in Madison, Wisconsin, with his wife and two sons.