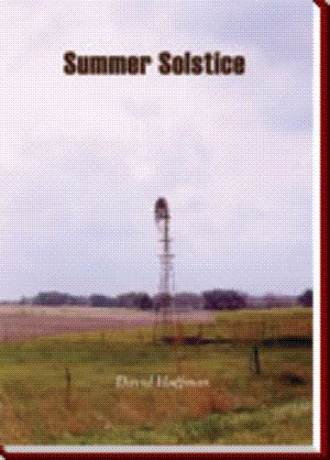 A shrill ring pierced the night waking Doc Jamison from a deep and peaceful sleep. Rubbing his eyes, he squinted at the clock on the nightstand. "One O’clock," he grumbled as he grabbed the phone.

Doc’s voice softened. "Sandra, that you?"

Doc grabbed his black bag from the table and bent over to kiss his wife. She barely stirred. He caressed her long black hair. After brushing it back from her peaceful face, he kissed her forehead. Married to him all these years, he knew she was accustomed to night calls and had learned to ignore night intrusions.

But he could tell that she sensed this was different.

She opened her eyes and frowned. "What's wrong?"

"Everything all right, Charles?"

"Something’s happened at Sandra and Joe’s. Be back by breakfast."

"Why don’t you call the sheriff and let him take care of things?"

Charles thought for a moment. "Maybe I should, but Sandra called me, not the sheriff. Maybe she needs some help."

Charles put his hand on Mary’s shoulder. "Go to sleep dear. I'll tell you what happened in the morning."

Charles finished dressing in the dark and made his way down the back steps. He pulled on his galoshes and headed out toward his Jeep at the end of the driveway. The wind whipped rain in his face.

Fumbling for his keys, Charles opened the door and inserted the ignition key. The Jeep groaned, but like the old doc, it too started. He double-pumped the clutch. The gears whined, then engaged as he pointed the car down the driveway and out onto the county road toward the Baldwin's house.

Charles reached the edge of town and in a few minutes later found the driveway that led to the Baldwin home. The Baldwin collie ran along the fence loudly barking his arrival.

He could see Sandra through the kitchen window. Although in her early twenties, she seemed much older as she sat staring at the bedroom door.

"Come in," she said in a soft feeble voice.

Charles opened the door and entered the kitchen. He looked her over. A large bruise and a cut covered her left eye. A trail of blood streaked down her nose and ended at the corner of her mouth.

Charles put his bag on the table. He took a bandage and wiped the blood from her face. She lifted her right arm to stop him.

Her face blanched with the pallor of whitewash as she lowered her arm.

Charles examined her bruises, taking notice of her arm. He had fixed a fracture of her right arm before, but now the arm was even more deformed.

"He’s in the bedroom." She anxiously nodded toward the door at the end of the hall.

"Where are your kids?"

Charles placed his hand on Sandra’s shoulder to steady his nerves as well as hers. He walked slowly toward the bedroom. As he approached, he smelled the stench of alcohol mixed with vomit. He opened the door.

Joe lay face up on the bed. He had a hole in the right side of his face below his eye. Blood and brains painted the wall above the bed board.

Charles forced himself to enter the bedroom. He looked over the room. Joe's body stretched sideways on the bed. A pistol lay on the floor. Charles stood for what seemed like an eternity, trying to think, to remember the past, and to decide what to do.

Clearly there were two victims here. Joe was dead. Sandra was badly bruised. Joe had beaten Sandra for the last time. She wouldn't suffer any more at Joe’s hands, Charles thought, but does she have to suffer the consequences of tonight? After all, if he and others in the town had done something, this might not have happened.

He paused. She certainly had every right to want him dead. He didn’t even know if Sandra knew how to use a gun. But if she did, he had to do something to protect her. He had to help her, but how? And what about his dilemma if he covered things up? He thought, my God what can I do?

As the town doctor, Charles had never lied or misrepresented anything; but he knew Sandra shouldn’t suffer anymore.

Dr. Jamison, moral pillar of Smithville, Kansas, is staring at the violent death of the town pharmacist. He is trying to decide whether or not to move the pistol. If he does, will the death look like a suicide? Will he protect Sandra, the abused wife?

is a story about prejudice and reconciliation in a small Kansas town. The doctor tries to solve the mystery only to find his prodigal hippie son, who wants avoid Vietnam, is responsible.

David H. Huffman is a physician who was born, raised, and educated in Western Kansas. During his career, he received medical training in Baltimore at Johns Hopkins Hospital, taught at the University of Kansas, and practiced medical oncology in Colorado Springs, Colorado. During this time he published over fifty articles in scientific journals.

While he has published poems and short stories, this is his first novel. He and his wife Carol live in Colorado Springs.