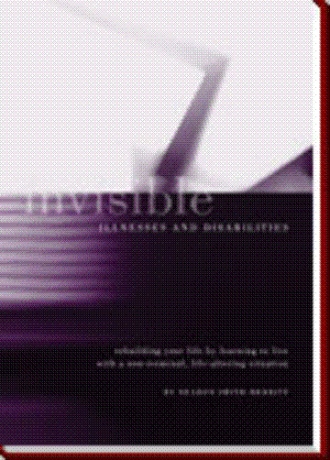 It’s too bad that people can’t predict where and when life-altering situations will take place. If we could, perhaps we would be a lot better prepared when our "old life" ends and a "new" one begins. Even if we weren’t able to change anything, a warning would allow us to start the long process of adjusting to the changes we would be dealing with in the near future. We could study whatever ailment, disability or situation we were about to face. We could inform our friends and family of our upcoming situation so that they too could understand what was coming and decide how they could deal with it and help us as well.

Unfortunately, we don’t have that ability, so as most people would be, I was totally unprepared for what happened to me in the fall of 1991. I couldn’t have known that I was about to begin an entirely new life—one full of questions, misunderstandings and pain, and yet one that, in its own way, is perhaps better and more fulfilling than the one I had known before.

I was twenty-two years old, was completing my fifth year of undergraduate work, and had just been accepted to a master’s program in physical therapy at a university in Forest Grove, Oregon. Gaining acceptance into the program was no small accomplishment. Each year, thirty-two people were chosen out of approximately 450 applicants. I was to begin the program that fall, and was finishing the spring semester of undergraduate work.

I was not dating anyone at that time, and checking out some of my classmates, I singled out this cute guy I wanted to meet. I was taking a physics lab; he was teaching the same lab to a different group but would come in from time to time to talk with our instructor. We met a few times in the library, talked with each other at our apartments, and decided to go out on a date.

So on a chilly November evening, Bill and I met in the school library and went out for pizza. The restaurant we drove to was closed, so we drove around the back roads, took some photos, drove toward the beach, and talked until about 4 a.m. A few days later, on November 24, we decided to head out to the pizza place again. This time it was open. We ate pizza, had a beer, played several games of pool, and joked with each other. After enjoying that, we stopped to visit a friend, and then drove to a grocery store. After buying peanut butter cups, we decided to go out to try to get a photo of a rustic barn we had seen on our first trip.

I knew that I wanted Bill to meet my family, so while we were on our way to the barn, I was trying to muster the courage to ask him to join my family for Thanksgiving dinner.

It was slippery and wet out—a typical fall night in Oregon. As we drove along the back roads at about one a.m., trying to find the barn, we turned a corner, hit some gravel and started sliding off the road. I remember my heart sinking into my stomach as I realized what was about to happen. As we hit the telephone pole, I remember hearing the sound of the impact and breaking glass as I blacked out.

On a wet, chilly autumn night along a rural Oregon road this young woman’s life was forever changed. A severe car accident nearly took her life. What followed were months of varying diagnoses and treatments for injuries to her head and body. However, as serious as her external injuries were, many "invisible" problems remained after the visible, physical wounds healed. Mental, emotional, financial and spiritual adjustments were just the beginning of learning how to live, and live well, despite the disability, suffering, and loss of many of her dreams.

Through her experience, Sharon Smith-Merritt has recorded hundreds of suggestions, helpful hints and tips on a variety topics including grieving, personal relationships, finances, sex, body image, and finding new, useful things to do. Her story is helpful and inspiring for anyone, not just those who are suffering from "invisible illnesses." Not only will it give guidance to those living with a new disability, it will also enable others to positively influence, support and encourage loved ones in their new struggle with the myriad of problems encountered after such a life-altering event.

Sharon Smith-Merritt was born in 1969 and has lived most of her life in Portland, Oregon. Her college career at Pacific University in Forest Grove, Oregon culminated in her receiving a Bachelor of Science degree in 1999. However, her time spent in the Physical Therapy Masters program was interrupted by the incident that became the catalyst for her book.

A car accident in 1991 left Sharon permanently, although invisibly, disabled. A lack of available support resources led to the research and development of her book, Invisible Illnesses and Disabilities. Her inspirational story of coping with a long term, non-life threatening illness offers keen insight into the life, abilities and limitations of living with these kinds of disabilities.