Thunder in the Wind 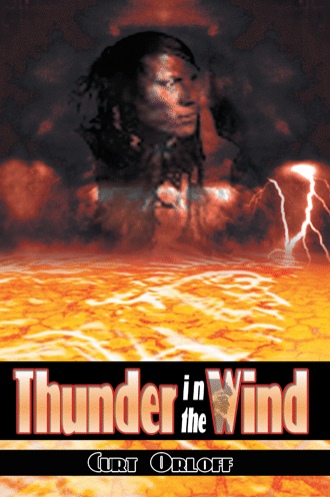 The short robe motioned the mourners to be quiet. Hours of their incessant chanting and weeping had taken their toll on his nerves. In all his experience as a preacher he had never conducted a more disrespectful wake. Then again he had never before presided over an Indian wake. He had opted to minister to the Assiniboine on the Fort Belknap reservation because he had heard from veteran missionaries how friendly the Upper Missouri tribe was. He expected to find them manageable and docile. He certainly didn’t expect to confront belligerent, rawhide-clad heathens. After all, it was 1884. The tribe had been pacified for decades. His new assignment was proving to be anything but tranquil.

He was certain the deceased would have been appalled by the conduct of many of his mourners. For as long as he had known him, Wolf Cry had been a very meticulous Christian, an example he had hoped others the same age would emulate. Given time the preacher was sure Wolf Cry would have helped him convert many Pagans to the Word. Had this been the wake of someone else, Wolf Cry certainly would have been able to induce the heathens to act civilly. The short robe lamented his passing.

As expected, his upraised hand quieted the Christians among the wakers, but was taken as a challenge by the heathens. Rather than fight them, the preacher ignored them. He focused a stern expression at those who would recognize it to be the look which always preceded a thunderous sermon. However, instead of moralizing about the troublemakers, he talked about Wolf Cry’s excellent character, calling him "A true servant of the Lord" and "proof that the power to do what God commands comes whenever you rely upon the Trinity." He finished by claiming Wolf Cry was an example everyone should follow for his own good."

As had happened before, day-school trained children caught the several mistakes the interpreter made. They heard him change "servant of the Lord" into "the slave of the white’s god." They also knew he did not accurately translate the preacher’s last statement. He did not pass on the implied warning.

One student did not pay much attention to Runs Fast’sapparent shortcomings as an interpreter. No one in the crowded church noticed the puzzled look on Miskaw’s face. The commotion that Wolf Cry’s former comrades were making muffled Miskaw’s exasperated huff. Miskaw had known Wolf Cry before and after his friend’s baptism. He wondered if Wolf Cry should have been allowed up for air after he was dunked. For soon thereafter, all remnants of the effervescent individual who had dazzled Miskaw with stories, who had sponsored his membership into the Provision Stealers and the Horse Society, who had been like an uncle to him, ceased to exist. The moroseness Wolf Cry had sunk into after the failure of the last buffalo hunt was better than the traits he acquired upon his conversion to the short robe’s religion. He had recovered from depressions before. He never recovered from Christianity.

Miskaw knew the church wasn’t filled with people paying homage to Wolf Cry the Christian. They were there to honor Wolf Cry, the Master of the Buffalo Pound, former chief of the Canoe band, good provider, and kind generous soul.

Not since the last Sun Dance had there been a comparable representation of so many bands. Bands living at Fort Belknap such as the Northern People, Those Who Propel Boats, The Mountain Villagers, The Mountain Band, Those Who Stay Alch, and The Canoe Band were joined in paying their respects by bands like The Girl’s Band who live at Fort Peck and The Cree Talkers and The Cypress Hills Band who had journeyed from their Canadian home. The subagency was alive with as many representatives of the Assiniboine Nation as usually gathered at the main agency during the annual dispensation of rations.

Most of the youths present mirrored their parents by the clothes they wore and in the way they acted. Of the exceptions, the party of young men who belonged to the Society of Foxes were the most noticeable. Wearing faded buffalo robes, porcupine quill heirlooms, and with their hair in braids, they looked as arresting as Wolf Cry’s heathen contemporaries. With irrepressibly high spirits, they also were as loud as the elders. As members of the exclusive age society of young adults, the Foxes were displaying all the character expected of them.

Miskaw didn’t know what to make of them. Although confident he would someday enter their ranks, given his father’s stature as a leading medicine man he was certain he would act more decorously when he was in their place in a similar situation. They were embarrassing. As far as Miskaw was concerned, wildness belonged on the chase, in combat, or around fires lit for the sole purpose of dramatizing narratives which recounted the exploits. Wildness had no place in solemn occasions.

"There is a time and a place for everything," Wolf Cry once had told him before the conversion.

He was glad the short robe didn’t lock horns with either the Foxes or the old men (who even had less excuse for their conduct than the young adults). The conflict would have been totally disruptive.

It was a shame but, as much as Miskaw appreciated the preacher’s wisdom, he was put off by his personal hygiene. A cacophony of coughs and sneezes made a mockery out of his attempt to sound omniscient. He unknowingly disrupted his own service. His handkerchief moved like a crank from his pocket to his mouth. He probably wasn’t aware of how often he used it. No Assiniboine that Miskaw knew coughed, sneezed, or cleared his throat so much. And that included the tribal elders who visited his father. To Miskaw, the noises were as sacrilegious as the other disruptions of the wake. They also were indicative of the amount of time the man spent indoors. The preacher seldom ventured outside. When he did, it was only to pass from one shelter to another as did almost all other whites.

No Assiniboine had spent a comparable amount of time indoors. Up to the recent annihilation of the buffalo, the tribe had spent almost all its time outdoors. Only in the worst weather or to perform functions that had to be accomplished indoors were they to be found in shelters for any length of time. Miskaw’s people longed to be outside. The whites longed to be inside and paid for it with coughs, sneezes, and phlegm in their throats.

Until recently, his people had so much to do that required they be outside, they didn’t have time to be inside if they had wanted. While men had to hunt to bring in the meat, the women had to either render that meat edible or preserve it. Old women frequently were seen arduously turning hides into shelters and clothing, or with the same work-wrecked hands performing intricate bead and quillwork. When they were away, they were foraging for berries and herbs, or digging for roots. They did not hide from life like the relatively young white women seemed to do, expecting food, shelter, and clothing to be given to them. 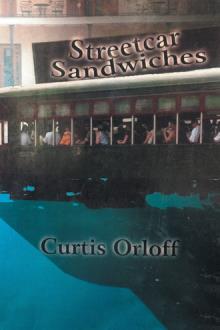 "Thunder in the Wind" is a historical novel concerning the assimilation reservation American Indians underwent at the turn of the twentieth century. The first part of the work describes how the Assiniboine, and one family in particular, deal with the onslaught of a society that not only was technologically superior, but also thought itself so morally superior it treats the tribe as if it was a hopeless dependent. The second part follows the exploits of the main character as he tries to unite the Plains, Great Basin, and Southwestern tribes in revolt, not to defeat the whites, but to scare them so badly they would restore to the Indians the selfhood they had stolen. Miskaw deals with the same trials Tecumseh experienced early in the previous century while uniting the tribes east of the Mississippi and, in dealing with them learns several truths about himself and the human condition. If not for hubris, the outcome of his endeavor may have been dramatically different.

I'm a Yankee who became a damn Yankee when I wouldn't leave the South. When I did leave it, was for overseas where I comfortably acquired the moniker of "yank." I have two bachelor degrees. The one in geology I use to support myself, the one in history just showed I am curious about human nature. This curiosity culminated in "Thunder in the Wind" after I found out about a Cree named Almighty Voice while I was engaged in geologic fieldwork in Montana. His revolt almost united the tribes. I was an Army 1st Lieutenant, lived for golf as a youth and got to play on the University of Houston golf team, and was an Eagle Boy Scout. I've been writing books for over two decades, getting only to the agent level. At present, one agent is peddling a novel I wrote about the oilfield. I was a well-site geologist for fourteen years and a petroleum engineer, mostly overseas, for seven years.