It's All A Game

Powerful Essays in the Game of Survival 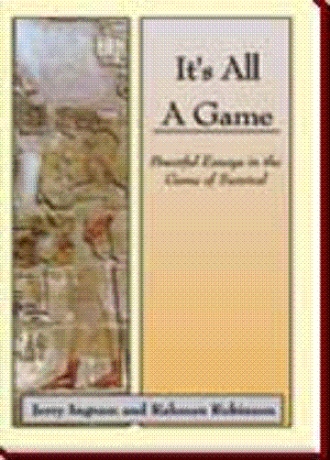 THE GAME OF CAPITAL PUNISHMENT

In 1972, the United States Supreme Court decided that the death penalty was unconstitutional because it discriminated against minorities and because it constituted cruel and unusual punishment.  In Furman v. (1972), the Court declared that federal and state capital punishment laws permitted wide discretion in their application and found the laws to be “arbitrary and capricious.” At that time about 75% of those on all death rows in was African American. Three years later, that same Court said the death penalty could be used as long as it was applied equally.

In any case where the death penalty applies as a possibility for the offense committed, if a person is poor and of color, he is very likely to receive the death penalty. Ninety-nine percent of all Blacks that receive the death penalty are poor.  For the same cases and circumstances, a white person will likely receive a sentence ranging from as little as ten years to life imprisonment.  A state spends an average of ten thousand dollars per day to prosecute a death penalty case. That same state will give a court appointed attorney a total of five hundred dollars to defend a person facing the death sentence. This is designed to get a conviction whether a person is guilty or innocent.

Instead of being innocent until proven guilty by the state, the person bears the burden to prove his innocence and he has five hundred dollars while the state will spend whatever it takes to get a conviction.  This means that along with being “the race penalty,” the death penalty becomes “the economic penalty.”

In life all types of games are played. From the moment we are born as children we are conditioned to playing games, from hide-and-seek and hopscotch to Junior Pro football and Little League baseball. As we reach adolescence and continue to adulthood, the games continue. There are dating games in male-female relationships to the vicious games played in corporate America. The following statement is dually true for African Americans. For the games we are playing are often times used against us and as tools for our oppression and control in this society. The purpose of this book is to analyze and take a look at all the various games that are played in our lives. It is out of looking at all the different types of games that are played in our lives, that the book is purposely entitled, It’s All A Game. It is hoped by analyzing these games that we learn about these games such that we can win the game as a people.

And now without further hesitation, let the game begin!

was born in Nashville, TN and now presently resides in Orlando. A graduate of Whites Creek Comprehensive High School and Tennessee State University, he was twice winner of the Society of Professional Journalists award while serving as editor-in-chief of his college newspaper. A founder of Nashville’s first "views paper," the Third Eye, Jerry began working at The Tennesseean, at age 15 and worked for Florida Today for seven years. Additionally, he has worked with both the Boys and Girls Club of America and the "I Have A Future" program at Meharry Medical College.

was born in Cleveland, Ohio in 1971, grew up in west Tennessee and has lived throughout the Midwest including Detroit, Cleveland and Washington, D.C. He was a founding member of Nashville’s first "views paper," the Third Eye, in 1990. A graduate of Tennessee State University, Mr. Robinson is presently a computer contractor. Additionally, he is an avid reader and writer. It’s All A Game is his first publication.