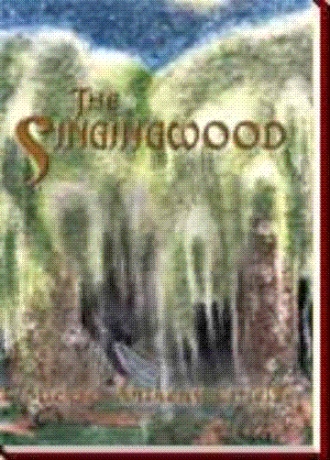 Raka stood and walked to the center by the fire. The flickering light from the flames made her appear mythical and regal. The line of hair on her head was now completely bedecked with white flowers and her gray skin seemed to glow from the reflection of the twin moons. She began to intone the Folktell. Although entranced by the proceedings, Tobias had not fully mastered the Grikkian language. Bedukh quietly expanded on the words Tobias didn’t quite understand.

"We are not the first to be called to life by Abahrazha. Before the capture of the second moon, Abahrazha gave birth to the ancient ones. She nurtured and took care of her firstborn children. They grew strong and powerful with all the wisdom of Abahrazha. For many turns they lived in peace and harmony with the Mother. But yet with all their knowledge and grace, they were tragically flawed in their hearts and in time, rejected the care and nurturing of the Mother. They turned away from the bounty in which Abahrazha provided and sought out metals to make into points so that they would kill and eat the flesh of lesser creatures. With the taste of blood, madness overcame them. They cut the skin from Abahrazha and erected borders around the wounded soil, all the time raping her of metal ores. They said, "We do not belong to Abahrazha! Abahrazha belongs to us!" And they set about dividing her into pieces like a melon. All the time, they peeled the rind from her and removed the vital elements from within her raw flesh. And the ancients erected monuments to their greatness; Cities of stone and metal, rejecting the shelter of tree and leaf that Abahrazha had provided. Woe to them, with their avarice and greed, for they sought to foolishly own the land of their brothers and sisters, seeking to take what was not theirs and to enslave each other. So they made war on each other and Abahrazha was forced to drink the blood of her children mingled with the rainfall. And through the times of killing they filled themselves with more dark knowledge, still stealing the metals, robbing the vital organs of the Mother. Everywhere they roamed and conquered until there was not one place on Abahrazha where they hadn’t left their mark of destruction. And the ancients warred and conquered and built mighty machines! Machines, which soured Abahrazha’s breath and made cankerous sores of her skin, rank and fetid. Abahrazha became sickly and weak, unable to yield up her harvests of plenty. Her children starved and there was much anguish. Through the turns of famine, her children would not step aside from their folly and return to the Mother. Alas, they cursed her barrenness and not satisfied with their wickedness, the ancients harnessed the power of our star! But that power was even greater than themselves and they knew not how to contain it. Instead that power was unleashed throughout the planet and almost everything that lived and breathed perished on that evil day. It is said that some of the ancients managed to flee in great flying machines out into the stars, but as to where they fled, it has to this day, remained a mystery. There are signs of their habitations but they are a riddle we cannot comprehend."

Raka paused in her Folktell and let the silence permeate throughout the gathering. Like a curtain being swept aside, Tobias felt as if everything around him had come alive and was entering within his soul. At some part of the Folktell, he inexplicably became one with Abahrazha and he realized that he was saddened for her loss. Tobias also noted that the Tu-Grik-Ng were locked hand to hand in a circle, slowly rocking back and forth, emitting a high pitched humming that he supposed was their form of expressing profound grief. A warm wind coursed through the glade and once again the group was silent. Raka’s voice was husky with emotion as she continued her narrative.

"Abahrazha lay charred and smoldering for many years, a broken remnant of her former beauty. But she could not be killed. After a long period of healing, her skin grew back green and lush and more beautiful than before. Her breath was again sweet, her bosom able to nourish. Abahrazha's creatures, great and small, lived again in splendid abundance and infinite variety.

Finally out of the cinders and ashes of ruin arose you and I, male and female, children of Abahrazha. And she colored the male black for the charred remains of her trees and the female, gray as the ashes of her leaves. This to always be a reminder of the past cataclysm.

That is why we shun the dark sciences of metals and machine and why any metals found on Abahrazha must be dissolved back to the Mother as an offering of love and obedience. It is why we are vowed to learn the green sciences of wood and leaf, fruit and seed, so that we may be one with Abahrazha. And in return, the Mother nurtures us and gives us sustenance. She gives us the healing plants, the herbs of extended life, along with all things good to eat.

But alas, we also have been foolish and were lured to the metals for a time. In punishment, Abahrazha has taken from us the Singingwood, which had borne the Berakh-Ptah, the Fruit of Long-Seeing; the reason we know of the Ancients and of our own birth.

But the Singingwood is no more, which is why we recite the Folktell so that we may always remember. And if we remain faithful to the ways of wood and leaf, it may be that The Mother will restore to us the Fruit of Long-Seeing and breathe life back into the Singingwood. Then we will not be alone and we shall again have fellowship with the stars." 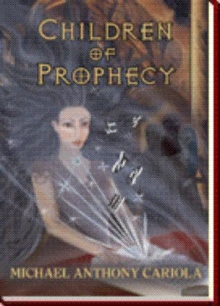 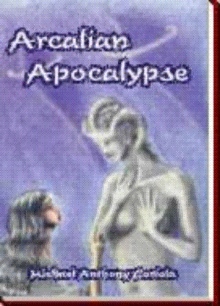 Greed and avarice often have terrible consequences. When human traders violate the sacred forest belonging to the Tu-Grik-Ng and the alien foliage is brought back to Earth, the results are devastating to both worlds. Introducing these plants unchecked into Earth’s fragile environment proves to be ecologically disastrous and on Abahrazha the Tu-Grik-Ng lament the loss of their most sacred forest, the Singingwood.

Years later, Tobias meets his fate when his crippled ship goes down on the remote planet, Abahrazha. Searching the remains of the wreckage, Bedukh, the gentle elder of Razha-Giim, locates the dying Tobias and nurtures him back to health. Bedukh’s people have chosen isolation since their first disastrous encounter with humanity and Tobias is prevented from returning to his home on Beta-Tau colony. Instead, he is initiated into Grikkian society and learns to live as one of them. Tobias soon discovers that long ago, the ancient ones of Abahrazha had destroyed their world through war and technology. Hence, for thousands of years the Tu-Grik-Ng, as survivors and inheritors of Abahrazha, have lived in peace by embracing the Green Sciences of tree and leaf. Tobias advances in his understanding of the Green Way but continues to struggle with his humanity. Given a glimpse of his destiny, Tobias embarks on a journey to the sentinel of the Ancients in hopes of solving its shadowed meaning. There he discovers the disturbing truth about the planet’s shrouded past. What he unleashes can either damn the Tu-Grik-Ng or save them from their stagnation.

The Singingwood is the first book to the Chronicles of Abahrazha. The saga continues in Book 2: Arcalian Apocalypse and concludes in Book 3: Children of Prophecy.

Michael Anthony Cariola was born in 1956 and is the son of nationally renowned artist, Robert J. Cariola. He was influenced in the arts at an early age with a love for classical music and literature. Having grown up with such TV fare as Lost in Space, Star Trek, and Twilight Zone as his viewing diet, it was only natural that his leanings in literature would be towards such writers as J.R.R. Tolkein, Ray Bradbury, Aldous Huxley and Robert Heinlein, to name a few. With a deep love for the Spirit of Creation and nature, Michael worked for several years in environmental lobbying which gave him a broader knowledge of the ecological impact that modern man is having upon our planet. With a deep need to express his dismay with mankind’s unwillingness to alter the path he is on, Michael has found his voice and expression with his first novel, The Singingwood, Book 1 of The Chronicles of Abahrazha. An allegory, The Singingwood is based on the author’s own longing for a better and simpler world, where respect for ourselves, each other, and our planet are paramount. It also speaks of his underlying fear that mankind’s inability to change may ultimately be his undoing. Nevertheless, it is a novel filled with hope and spiritual awakening written with poignancy and a certain amount of humor.

Having been born and raised in Long Island, New York, Michael now makes his residence in Coeur d’Alene, Idaho with his partner Jeri and her son Jonathon. Michael also has two beautiful children, Noelle Joy and Michael Frederick. Michael has completed Book 2 of The Chronicles of Abahrazha entitled, Arcalian Apocalypse and is presently putting the finishing touches on Book 3, Children of Prophecy.