Understanding and Recovering From Addiction to Suicide 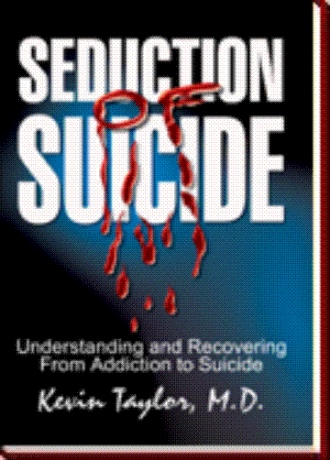 Or think of a 25-year-old schizophrenic, who’s gone off his meds and has tumbled into a world of brilliant, terrifying psychosis, full of confusion and chaos. He is deteriorating rapidly. He hears voices telling him to mutilate himself. "If your eye offend you, pluck it out," they whisper to him, and he pulls out his own left eye. "Throw yourself down," they scream to him, "and God will send his angels to bear you up." He jumps from the 10th floor of an office building. Suicide? Definitely. Addictive behavior? Definitely not.

Most suicide attempts are the result of depression or psychosis. This book is not for them, or for people who have to deal with them. But for some people, suicide is not what it seems to be. It is a totally different experience. For some, suicide becomes a mood-altering experience, an escape from pain, a fix as powerful as crack is to cocaine addicts. How it works is complex and not well understood, as we’ll find later on.

But for some people, myself included, with a history of multiple suicide gestures or attempts, diagnoses of depression, personality disorders, or other "conventional" mental illnesses don’t fully explain what is going on. People like us continue to have secret patterns of suicidal fantasies, obsessions, rituals, and attempts, despite all sorts of treatment by well-meaning mental health professionals. Antidepressants, anti-anxiety medications, shock therapy, individual or group psychotherapy – none of these can stop our relentless preoccupation with death.

How does such a state of mind develop? Why do some people seem to be trapped in suicidal thoughts and behaviors? No one knows. But the stories of about 50 of us who have lived with suicide addiction suggest a possible progression, in definite stages: onset, early, middle, and late stages, each with definite common characteristics.

For us, suicide was our drug. For many of us, the drug of suicide was more powerful than other drugs, than alcohol or sex. We put it at the top of our mood-altering experiences. For us, it was there always, a powerful lover, the way out when we needed it.

The onset of suicidal thoughts can be difficult to pinpoint. But for virtually everyone in our group, the problem started sometime in childhood or the early teen years, rarely later. Most of us could remember some precipitating instance early in life, sometimes a very painful experience, but often something quite minor. Whatever it was, we thought to ourselves, "Well, then. If it gets bad enough, I can always kill myself." It was, for us, a comforting thought. But it was also the start of a struggle that would go on for years. 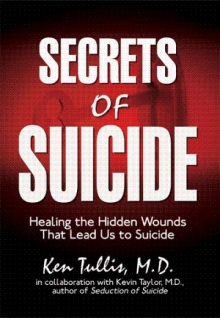 Seduction of Suicide offers a new and radically different explanation of certain suicidal behavior – how suicide can be addictive. This is a powerful book, filled with dark, sometimes shocking, personal stories, but also with the incandescent light of hope. It presents a way out of hopelessness – a path towards recovery – including specific steps that suicidal people have taken to beat their compulsions.

Many people who have attempted suicide will see themselves in the stories presented.  Some who have mourned the loss of loved ones to suicide will find closure, easing their bewilderment and self- blame.  Therapists who are baffled by cases that have not responded to treatment will, in this book, find a new and promising approach for their clients.

“Something we have all seen but no one has described before now.”

-Patrick Carnes, Ph.D.
Author, Out of the Shadows

“…new insights to those of us who have lost loved ones to suicide deaths.”

“A major achievement by one who has been there.”

Kevin Taylor (Pen Name) is an award-winning psychiatrist specializing in addictions. He received the prestigious Diamond Award for lifetime contributions to the field of mental health, presented by the Mental Health Association of the Mid-South.

Dr. Taylor is a Fellow of the American Society of Addiction Medicine and a founding member of the American Academy of Psychiatrists in Alcoholism and Addictions.  He has dedicated his life to helping impaired physicians and served on his state’s Physicians Health Peer Review Committee.

With his wife, Morgan, Dr. Taylor appeared on the Oprah Winfrey Show, “Successful People Who Attempted Suicide.”   The Taylors organized and co-chaired their state’s first-ever Suicide Prevention Conference in cooperation with Surgeon General David Satcher and their state’s Department of Health.