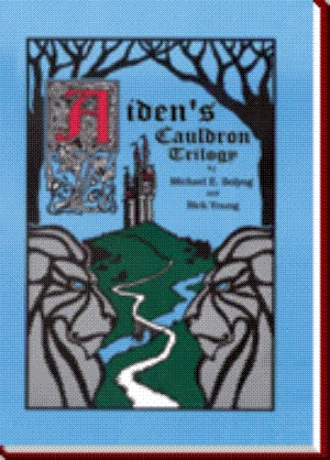 The two black lions sat like motionless guardians on either side of the marble roadway, their graying black coats having long since given up their luster to the winds and rains and whatever other elements inhabited this place. They were not real of course, nothing more than rutted facsimiles, sculptured creatures chiseled perhaps, from the same material as the roadway itself. To the front and sides of the animals lay a great, dense forest, packaged with treetops lost deep within overcast clouds, and with trunks wider around than any three men could stretch their arms.

To the rear of the marble lions there was nothing: No trees, no roadway, no color, no anything at all. It was as if the entire scene had once been a picture in a book, the black statues no more than partial pillars at the base of some larger archway that had been clipped neatly off with a pair of scissors.

A group of six travelers walking three abreast moved wearily towards the lions, their boots whisking quietly over the reflecting depth of the black marble beneath their feet. They walked in silence behind expressionless faces, behind eyes that stared placidly forward. The whole affair seemed dream-like, and that is exactly what the tall man with the wisdom-grayed hair thought it was, a dream. So he was not surprised when the Party’s progress was halted between the guarding animals by an unseen barrier, nor when the lion to his right seemingly turned to him and began to speak.

"Good afternoon, Holy One," the animal said in precise English and with a decided taste of a London accent. "My name is Wesley, and your Party is expected at the inn."

"Excuse me?" said the tall man, not sure exactly who the animal was addressing.

"We’ve just one Formality to complete before you will be allowed to proceed," the lion continued, ignoring the interruption.

The gray-haired man smiled a geez-this-is-a-great-dream smile and said, "Formalities? Sure. Such as . . . what? Click my heels together three times? Stand on one leg and salute? . . . Solve a riddle?"

"Nothing quite so mundane, Holy One. Where do you think you are anyway, among the piffle and flotsam of the common folk? I don't think so. . . . Your Party may pass only after you are properly tested. You may take as long as you wish to respond, and there is no limit to the number of guesses you may make. I do regret, however, that until the correct response is spoken, none of you will be allowed to proceed to the inn."

The gray-haired Daniel appeared both amused and perplexed. "Tested? What do you mean, properly tested?"

"Why bother?" came a half-sarcastic retort from the back row of the Party by one they called Ward, a tall, slender man with Elf-like movements. With his thumb he pointed over his shoulder towards the mist enshrouded roadway behind. "Let’s just turn around and go home. I don’t like the looks of this place. . ."

In a flash of light and smoke that few, good, side-show magicians could have managed, color silently, abruptly slammed into the empty space where, to the eyes of all save Andrew, there had once been nothing. A cobblestoned path winked in at the edge of the marble roadway, and from the near distance came the beckoning lights of a quaint, seventeenth century village.

"Your lead, Andrew," said Damon, (now called Klaigge). "We need your keen eyes to guide us."

As each took his or her place, no one questioned that Klaigge was the Leader, nor the new name each had now been given, nor their order of march.

"You will call him Gnawgh," said the voice of the Wesley lion as Andrew crossed the barrier.

It was only Daniel who noticed the lion’s marble lips never moved.

"And keep an eye out for . . . booby traps," the Leader said as an afterthought. "We’ve had enough nonsense for one day." I don’t like this, he was thinking, I don’t like this at all. If it is a dream, how come I can effect it? Alter it? Reshape it? Change its direction? Mold its dialogue?

Nonetheless, Klaigge steadied his resolve – and stepped across the barrier. With his crossing, the lions vanished in a sudden rush of chilling air.

Daniel stood transfixed, staring at where the lions had been. He then motioned the others to follow the Party’s Leader.

Ward (Ted the Yellow); JoAnna (Maali); and Kristine (MayeTwist) passed through the barrier without incident.

It was the last time they would remember themselves by their old names.

But Daniel continued to pause before crossing, chancing one last glance over his shoulder into the darkening gloom of mist that enshrouded the roadway behind. He knew ... just knew ... home was not that way.

With a submissive shrug, the tall, gray-haired man dismissed the thought as he too stepped across the border.

From the gathering shadows came a long-forgotten voice, "Sendraak . . ." 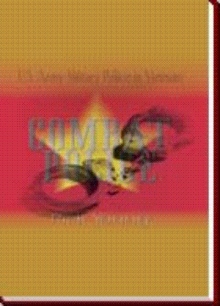 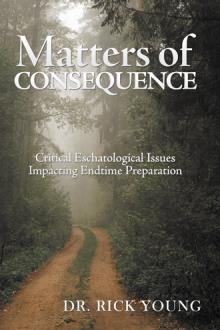 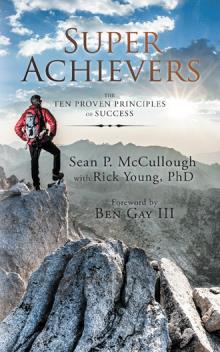 The quaint little hamlet of Morgan's Creek was nestled snugly in the watchful shadow of the Castle on the hill. Together they struck a pose that was fairy tale perfect.

But the Castle was Evil, an unbounded nightmare that ran liquid with horrors so vile, even the bravest refused to speak of them.

At the very heart of that Castle, concealed behind a labyrinth of constantly shifting passageways and hidden, unsuspected death, sat the cold-blue granite that was Aiden's Cauldron. It was this crucible that held the key to the mystery of the Castle ― and the only way out for those trapped in the valley below.

The steadfast Leader, Klaigge; the fiery Elven Warrior, MayeTwist; the Caresmha negotiator, Maali; Gnawgh, the sharp-eyed Scout; Ted The Yellow, the inaccurate archer, and finally, the enigmatic Holy Cleric, Sendraak the Wise ― all possessed surprisingly new and untried talents, talents which would require an equal mix of both courage and self-sacrifice to wrest the Castle from the evil counterfeit-illusion

ist who held it in his sway.

Come join this Party’s fantasy adventure Quest as they follow its trail through the Castle . . . and beyond. That is, if you too can get past the Lions.

Michael E. Bolyog has seventeen years of teaching experience and is the chairperson of the foreign language department at Oak Park High School in Agora, California, where he teaches basic and advanced Spanish. He has a Bachelor of Arts in both Spanish and Sociology from Bellevue College, Omaha, Nebraska, and a secondary teaching credential from California Lutheran College in Thousand Oaks. Writing, an extension of his desire to educate, is both a passion and a hobby. Michael served eleven years in the U.S. Air Force, the final six at Offutt Air Force Base, the headquarters of the Strategic Air Command. He is a certified scuba diver, and an avid sports fan. Michael resides in southern California with his wife of thirty-three years, Candee. They have one son and two grandchildren.

Allen Richard 'Rick' Young is a senior special agent with twenty-eight years experience in Federal law enforcement, including combat duty in Vietnam as a military policeman, and subsequently, civilian criminal investigations for various Cabinet-level agencies, to include the U.S. State Department. He writes as a second profession. Rick received an Associate of Arts in pre-law political science from Pasadena City College, a Bachelor of Science in investigative criminal justice from California State University at Los Angeles, and a Masters of Science in organizational leadership from Philadelphia Biblical University. He is a certified scuba diver, holding an advanced open water rating, and was a skydiver conducting solo freefalls from altitudes in excess of ten thousand feet. Rick resides in New Jersey with his wife of thirty-two years, Linda. They have two sons and one grandson.