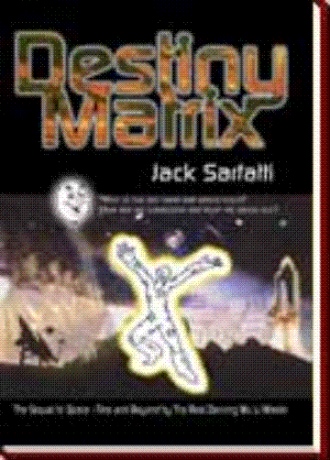 "With infectious enthusiasm for his subject, Jack Sarfatti explains how physics has replaced philosophy as an over-arching discipline that spans the once discontinuous worlds of science and the humanities. Since he first came to the Bay Area in the mid-1970s, physicist Jack Sarfatti has been a provocative presence in local intellectual life.

Leaping from North Beach cafes to leading policy think-tanks, he has cut a broad intellectual swath, challenging the preconceptions of poets, political thinkers and physicists alike.

With a background in quantum theory, he claims to break new ground in scientific understanding of the eternal questions: ‘Who are we? Where do we come from? Where are we going?’

In this interview, he discusses the breakdown of a paradigm that, for centuries in the West, has viewed science and humanistic thought as irrevocably separated."

"Science proceeds as if the past were the home of explanation; whereas the future, and the future alone, holds the key to the mysteries of the present." Henry Dwight Sedgwick, An Apology for Old Maids, House of Sorrow (1908)

"In the half-century that North Beach has supplied a haven for waves of brilliant and erratic thinkers, few have rivaled Jack Sarfatti for comprehensive weirdness and what just might be original genius."

"Creation is emerging as even stranger than we thought."1

Indeed it is even stranger than possibly, my old acquaintance, Martin is willing to think!

This book is, by far, the weirdest true story ever told. It tells how our Super Cosmos, of parallel universes floating in hyperspace, is connected together by Star Gate time travel machines carrying "The Masters of Hyperspace"2 back to us from our futures. We all come into being and becoming from the post-quantum Mind of God. Participate in the real life thrilling Psi Wars adventure, the amazing paranormal flying saucer Grail Quest of visionary physicist Jack Sarfatti and "the others" as they decode The Cabala’s3 "Cipher of Genesis" demystifying the enigma of consciousness, a body guard of spiritual truths wrapped in the secrets of the material world of post-quantum physics.

Stephen Hawking’s Questions on the Mind of God

"Einstein once asked the question: ‘How much choice did God have in constructing the universe?’ Even if there is only one possible unified theory, it is just a set of rules and equations. What is it that breathes fire into the equations and makes a universe for them to describe? ... Why does the universe go to all the bother of existing? Is the unified theory so compelling that it brings about its own existence? Or does it need a creator, and, if so, does he have any other effect on the universe? And who created him? ... if we do discover a complete theory, it should in time be understandable in broad principle by everyone, not just a few scientists. Then we shall all, philosophers, scientists, and just ordinary people, be able to take part in the discussion of the question of why it is that we and the universe exist. If we find the answer to that, it would be the ultimate triumph of human reason - for then we would know the mind of God." – "A Brief History of Time" Update 2010. The discovery of dark energy shows that we live in a holographic intelligent conscious universe. The 2D hologram screen is in our future and creates us as 3D hologram images retro-causally back from our future Omega Point. The hologram screen is the "brane" (brain) of Hawking's "Mind of God."

Q: What is the quantum principle?

A: The whole is greater than the sum of its parts.

So too, is this book.

"The Woman" is the symbol of "Torah".

The same idea is in Islamic Mysticism and in Christian Chivalry and the Troubadour’s5 Idea of Romantic Love.

This is Cabala, "The My Fair Lady" Principle! 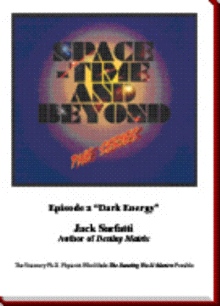 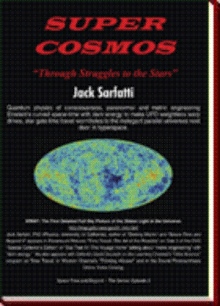 Destiny Matrix is Jack Sarfatti's autobiography up until 2002 with chapters by Saul-Paul Sirag, Jagdish Mann, Kim Burrafato and the late Hyman Sarfatti. It includes his participation in the creation of the New Age in the 60's and 70's.

Jack Sarfatti's bio is on Wikipedia. He is also on FACEBOOK. Technical updates are found at Sarfatti_Physics_Seminars in Yahoo Groups and his website is stardrive.org. He has a Ph.D. in physics from the University of California.