The Man From Hardin 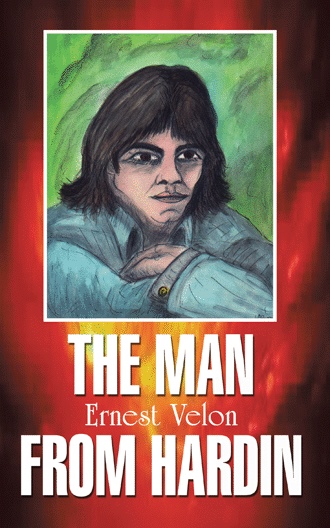 The large Youth sat motionless in a soft chair waiting for the gray haired elderly man to address him. The Boy, fresh from the crowds and noise of Belvidier Terminal at Newlon City, sat in silence wondering what his future will be. His youthful face, free of any adolescent skin blemishes, remained passive, unemotional, watching as the Amazian behind the long ornate desk read his bio. The teenager's big brown silent eyes blinked occasionally and fell into his folded hands, waiting patiently, then back up at him to acknowledge a word or two. A long strand of blackish brown hair fell over the Youth's heavy dark eyebrows, but he did not move one of his piano fingers placing it back. The room's unreal quietness only resounded with his breathing, adding a slight humanity to the spartan office of the Special Service commander en chief.

Finally, after what seemed an eternity, T.A. placed the data pad down, made a weird snorting sound and began the interview. "I'm very impressed with this, Citizen Troyus. You made a good impression with Service Captain Consalous, enough for you to sit before me. I normally don't do this sort of thing, my Aids handle all recruitment, but Consalous seemed to feel you are special enough to warrant my attention. But, I ask myself, what are your real ambitions in serving the Imperium in this capacity?"

"Uh...I don't understand...Sir?" The deep voice is frightened, stuttering, tainted with the Seminian accent. He tried to figure out the answer, it seemed so easy when he agreed, but now, sitting here, lost all his will and purpose.

"I can handle anything you give me." A frightened voice answered, a voice that wanted to succeed very badly but didn't know how to begin.

"I know that by reading your physical stats, Young man. I'm sure you can survive the basic training but mentally, now that's the real problem. Your body may say yes, but your mind may say no. There's many strange things out there."

"My mind and body work as one. As for new experiences, I have no doubts."

"We'll see..." chuckled T.A., a chuckle the youth will come to know and even hate sometimes. "Project this under that fine flock of hair, Young man, a choice scenario. Your on assignment, you discover an alien race in a colony are building a weapon that will kill millions of Amazians in another colony. You try to reason with them but they will not listen to you, they refuse your help, they are going to use the weapon. You have two choices. One, you have the opportunity to detonate the weapon and destroy the colony, or two, contact the Service Guard authorities to evacuate the Amazian colony. What do you do?"

"I..." The Youth did a strange thing. He left his chair, walked around it, then sat down and continued with his thought. "I...warn the proper authorities, Sir."

"Knowing you had the opportunity to vaporize those fanatics with their own device?" He shuck his flock of long well groomed hair in a 'yes' gesture. "You will still trust the civilian authorities can protect all those innocent lives, you will take the chance?"

"Well, Alack m'boy, you just killed a million Amazians and their children." T.A.

leaned in closer over his polished desk. "By Arathon, no way can the Service Guards safe guard or evacuate that many people, no way. Past formulas have proven certain scenarios are no win situations if handled by logical means. In the Special Services you cannot assume anything when dealing with the lives of our citizens. The established norm is all aliens are expendable when a choice is to be made. The Imperium's interests come first, all others are secondary, even to the point of self sacrifice. This is one of the mental tests that separate the real agents from the idealists. Again I ask, are you ready for a reality change?"

The Youth's immaculate well-groomed bouncy hair fell further down over his forehead as he now eyed the Cyprodotic eagle patterns in the carpet. Eventually, a very soft "yes", emerged from those heavy lips. The head arose making eye contact with T.A., and continued. "I can learn..."

"That's all I wanted to hear." T.A. stood to his full height of five foot four, smaller than the Youth thought, and came from around the big desk. "We may become friends, or may not, you never know in this business, but I need someone like you..." T.A. gestured to the portrait of a pointed featured face in a white military hat and braids around the high collar. "The Emperor needs someone like you." Alack Troyus stood to his full height of six feet and allowed this Amazian to take him by the arm. "Welcome to the Special Services." A weird smile, the ends of his mouth turned up, greeted T.A. with a face of great relief. "Do you have a place to stay?" Alack nodded 'no', and explained he spent all his credits on food when he arrived. "Well, I could use someone at my place to do yard work, general repairs, simple stuff, while training at the academy."

T.A. then yanked on Alack's tight fitting jacket. "And where did you get these horrible cloths from? Never mind. The wife and I have plenty of room at Villa Hardin, and what I see under that shirt your use to physical work." T.A. went back to his desk, touched a button on the raised screen. "Cancel all further appointments, re-schedule for tomorrow, I'll be at Hardin." He pressed another button, "computer, lock down my system, Code E." Taking his Calcomp, he turned towards the waiting nervous youth, "follow me." And both left the office as Aids and secretaries stood at attention. 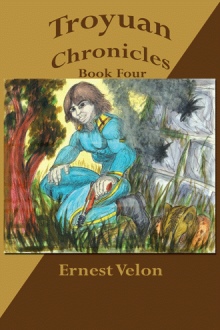 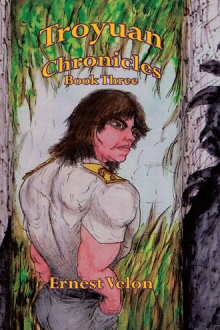 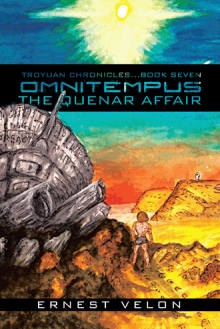 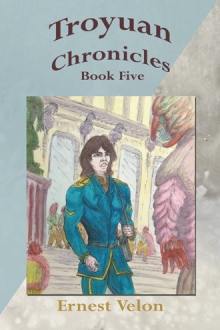 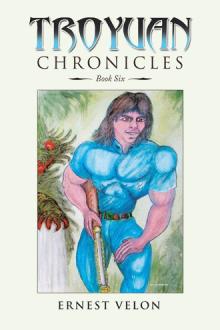 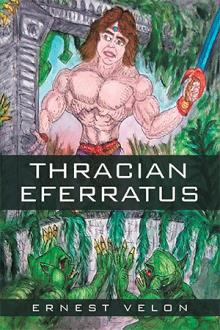 It is the end of old times, and the start of new ones. It is an exodus from previous stagnation, to a life of infinite revelations. It is the first chapter for a young man, and the last moment in a child's imagination. It is the first step in a long career for Alack Troyus, a career that will take him to vistas only the stellar privileged are permitted to gaze upon. Join us in his onward trek to become an agent of the special services. Follow his antics, his triumphs and tragedies along the road of life's experiences. Guided by a master puppeteer, who secretly places in Alack his own salvation, both come to learn from another. Both achieve that rare balance that draws an aspiring hero from the muck of society.

Against the vast panorama of the Amazian Imperium, who's arms touch the four corners of the known universe, Alack is molded and sharpened to up hold the Code of Dwitinton. A great legal compendium that grants freedom to human and alien alike, Alack Troyus joins the secret army of enforcers. An army that fights evil in the darkness so the light can shine brightly forever!

Ernest Velon, a native of New Jersey, has applied most of his free time and talents working on his grand history, "The Immense Epic". This vast comprehensive exposé of the Amazian race covers many millennia’s of relative history, a time line that bears the details and similarities of our own. Besides his literary works, Ernest is busy with his fine art projects, video productions and various other creative endeavors dealing with computer science. Ernest's favorite sport is men's gymnastics, plus he is an avid reader of history, especially the Roman period.