The Door of Judgment 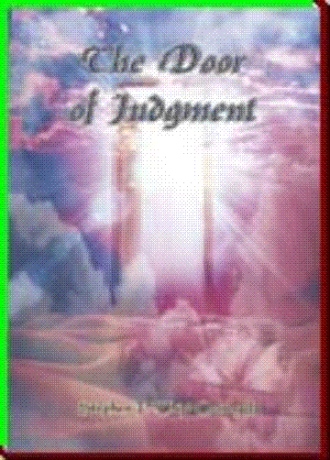 Jesus said that He would come back.

He will come back to raise the dead, judge the world, put an end to evil, and rule in righteousness with the saints for eternity.

For many Christians, the anticipation of His promise is waning. The joy of expectancy has been lost to cynicism.  Apathy has replaced readiness.  Ignorance of the season has been substituted for watching the "signs of the times."

And it is no wonder.  Christians have been "crying wolf" for almost 2,000 years, saying, "The time has come; the signs have been fulfilled!"  Believers feel foolish when the promised "signs of his return" never materialize.  They feel violated by those who have used prophetic interpretations to manipulate them toward their own selfish ends.  Sheepishness has overcome the recipients of the Blessed Hope.

Other Christians have grown discouraged at the slowness of prophetic fulfillment.  We have heard again and again that Christ is near, right at the door.  Preachers say, "We are only waiting for the rapture of the church."  I remember listening to one prominent leader in the "Jesus Movement" as he told his church in the early 1970's that he could not see the world lasting past 1975.  Many of my friends took him at his word.  (He was, after all, the pastor of one of the largest and fastest growing churches in Southern California.)  They delayed their education, or rushed into marriage (or both) on the basis of such misguided belief.  Now these same Christians are very reluctant to alter their lifestyles or proclaim the Second Coming to anyone else just because a pastor or teacher says that the Bible prophecies are being fulfilled today.

On the other hand, many saints have developed such a fascination in the Second Coming that it borders upon escapism. They devour popular books devoted to giving the latest news of prophetic fulfillment.  For them, millennial fever is rising.  Sadly, most of these books offer only shallow and sensationalistic teaching.  Thousands of unsuspecting and gullible people have fallen into a false sense of security, thinking that they will simply escape all that lies ahead.

There is a real need for an in-depth and understandable book about the Second Coming of Jesus Christ.  In this volume we will examine nearly every Scripture that has to do with prophecies of the end-times.  Each chapter has a corresponding compilation of supporting verses located in the appendix.  We will fit these together like an elaborate jigsaw puzzle, until a beautiful and complete picture of the Second Coming appears.  (All Scriptures quoted in this book are from the New International Version, unless otherwise noted.)

However, since we are dealing with such a complex subject, we need to address some foundational issues first.  How are prophecies to be interpreted?  Why does Jesus have to come back?  What is God's plan for the ages?  Only after we have answered these questions can we confidently make sense of the "Signs of the Times" and what will take place at the "End of the Age." Finally, we will offer some insights into interpreting the "graduate level" book of prophecy, the "Book of Revelation."  Interspersed along the way will be explanations of how current events are fulfilling the prophecies that point to the soon return of our Lord!

The Author's Approach to the Subject

We need to study this subject both humbly and carefully, remembering that the religious leaders at the time of Christ's first coming had rather dogmatic interpretations about the scriptures dealing with the Messiah.  They thought they knew how the Messiah would come.  Some of their understandings were even correct.  For instance, they knew where He was going to be born (Bethlehem), and they had some ideas about what He would do (like Moses, he would feed the multitudes bread from heaven).  Yet, because of their proud rigidity, the religious leaders would not recognize or receive Him as the real Messiah.

Likewise, whenever we deal with things that will take place in the future, we need to remember the Pharisees’ poor example lest we, too, miss what God will do.  While some prophetic scriptures are quite clear, others can have differing interpretations.  Therefore, when we deal with prophetic passages that are certain, I will explain and defend them, but when we deal with scriptures that are less clear, I will admit that as well and offer various possibilities.  Finally, when we look into an area that calls for conjecture, I will call it that (interesting though it may be).

Recent world events have caused many people to wonder about the Second Coming of Christ. Will Jesus return and, if so, how soon? How will He come? What will happen before He does? Many people have developed such a fascination in the Second Coming that it borders upon escapism. They devour popular books devoted to giving the latest news of prophetic fulfillment. For them, millennial fever is rising. Sadly, most of these books offer only shallow and sensationalistic teaching. Thousands of escape all that lies ahead.

There is a real need for an in-depth and understandable book about the Second Coming of Jesus Christ. In The Door of Judgment, we examine nearly every Scripture that has to do with prophecies of the end-times. Each chapter has a corresponding compilation of supporting verses located in the appendix. We will fit these together like an elaborate jigsaw puzzle, until a beautiful and complete picture of the Second Coming appears.

Along the way, the reader will learn the two undeniable and unmistakable signs that show us Jesus is coming back soon. By the end, he will gently come to the awareness that the common evangelical understanding reader will of pretribulationism is not clearly seen in the Scriptures. Without being argumentative, the book demonstrates the weaknesses of the dispensational approach to end-time prophecy, while returning us to the original historic position of the first and second century church.

Chip Crosby graduated from Fuller Theological Seminary in 1979 (M.Div.).  His writing style reflects his calling as both a pastor and a teacher.  He began his ministry as a missions researcher for World Vision International, writing books and articles concerning the identification of unreached people groups, as well as the status of Christianity.  Since 1991, he has served as an adjunct professor at LIFE Bible College, where he teaches courses in Homiletics, Systematic Theology, and Eschatology.  In addition, he has been a pastor since 1986.  Currently, he is the senior pastor of Harbor Light Foursquare Church, P.O. Box 10128, Cost Mesa,  CA 92627.