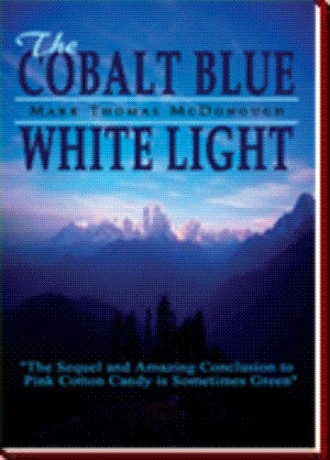 Charlie Jordan was a swarthy man well past middle age, who saw himself as a distinguished redneck kind of guy. In the past, although relatively recently in his own mind, he had boasted of his uncanny, but natural, ability to crush beer cans against the side of his head. The first time he accomplished this feat he failed and needed three stitches to repair the damage after hammering a full can of beer upside his own head. With age, slowly but surely, he mastered this feat, but unfortunately, the 1960s were well gone by then.

Come Sunday morning, Charlie dutifully followed his wife to church and made a strenuous effort not to sleep during the sermon, especially since his wife taught the children’s Bible class after services. On one particularly gray, rainy day, she had caught him slumbering with his mouth open in the midst of an obscene half-snore and rewarded him with a thrust of her umbrella -into his groin. He didn’t sleep much after that in Church, but after that he also wore a protective groin cup to church. All in all, Charlie was the anti-thesis of the All-American hero. He made up for his hereditary shortcomings by being inebriated most of the time, but sober, he was very sensitive in an ESP way, which scared him half to death.

He lived an ordinary life and drove an eighteen wheeler for a living. He supplemented his modest income with small winnings from Bingo, which he claimed was a fixed game, and the lottery, when numbers sometimes came to him out of the blue. Of course, most days, he was so drunk that he couldn’t get the numbers straight; yet, he tried and for a guy like Charlie that’s all you can ask for.

Thus, it was a late Saturday evening in late winter that the shit changed his life. First, he got bounced out of "Hillbilly Heaven," a local Country and Western bar. Picking himself from the ground, and tossing angry stares at the former host, he poured himself into his pickup truck. He made note of the compass on the dashboard that gave some assistance on nights like this. He vaguely recalled that he lived south of Woodbridge, Virginia, just off Route 1.

He found an unopened tall-necked beer and commenced burping and drinking his way home, singing what he thought passed for lyrics. No one ever had the hear to tell him he was tone death.

Considering his options for an alibi for being late – again - a voice beside him spoke in a chastening tone, "Charlie, shouldn’t you really be keeping your eyes on the road; after all, you’re drunk as a skunk."

It took awhile, and after three seconds elapsed off the galactic clock, with Charlie shuffling through a series of unrelated thoughts, he finally concluded that the voice belonged to a man, that the man was sitting next to him, and that he didn’t know this guy. As his less than computer-whiz mind strained for a response, his conscious mind fluttered aimlessly and then focused on one particular word – "Robber!" Going berserk, as well as cursing the stars as to why this had to happen to him, Charlie steered his new Japanese pickup truck straight for the edge of the road. Slamming on the breaks, he leapfrogged from his vehicle, and amazingly, for an uncoordinated drunk guy, he was also managed to whip out his .357 magnum pistol, which he kept under his driver’s seat for such occasions. Superman couldn’t have done it any better. The tires squealed in agony at the contortions demanded by Charlie as he wheeled in tight spiral to the envy of many a fighter pilot – "no siree," he yelled, "I ain’t getting robbed by no one."

He pirouetted from the vehicle – the .357 blazing in one hand, a box of shells clutched in the other. Diving from the almost stopped vehicle, he sprawled in the dirt on the side of the road. Ignoring the dust on the seat of his pants, as well as his head, and although quite soused, he began unloading. The explosions and percussions of the rounds tearing huge holes in the passenger side door; they also gave him a humongous headache, but, as Charlie noted, the bullets had no effect on the stranger. In short order, he blew the hell out of his pick-up truck.

the voice yelled from inside the now well air conditioned cab, "stop firing. I need to talk to you."

"You met your match, mister . . . mister." Then Charlie realized, and as you can imagine it did take a while because he was quite inebriated, that the figure in the vehicle was still sitting there and patiently conversing with him as he reloaded. Drunk or stabbed in the groin with an umbrella, Charlie’s hands had never shaken so badly in his whole life. He’d heard about drinking and the devil, and now the devil was out to get his due, and there was literally hell to pay.

"Charlie," the figure in the truck said, "I’m on a mission from the white light of the universe, we need you." 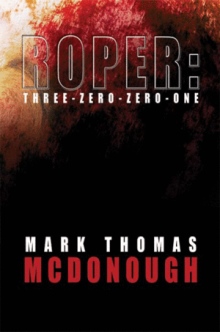 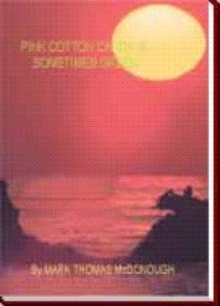 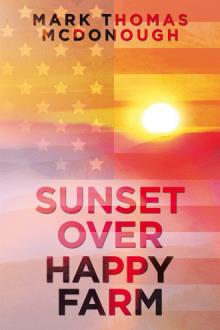 With the turn of the 21st century numerous apocalyptic prophecies abound predicting the ends of time, but Jonathan Callahan, a mild mannered Federal Government attorney, with some psychic ability, faces a more real nemesis, his petulant, sharp-tongued wife. Somehow he has survived almost twenty-five years of marriage and has raised two precocious teenagers daughters in the process. Yet, a miracle occurs and his wife agrees to a divorce. However, nothing is simple or easy for Jonathan. Soon he is fighting the almost ex-wife for both permanent custody of his two girls and anything else of value that isn’t nailed down. Jonathan’s best friend, a spirit guide named Masters, returns after six years, but to Jonathan’s dismay, Masters isn’t offering assistance, he’s enlisting Jonathan to help defeat a mysterious evil threatening this corner of the universe. With his domestic and universal peace efforts thwarted at every turn, ultimately, to survive, Jonathan must confront and conquer not only his almost ex-wife and the demons that attack him in his sleep, but he must finally face the shadows of his sealed past lurking within the dark corridors of his mind.

The author, Mark McDonough, is an administrative
law attorney, who enjoys writing in his spare time. He
has worked at various times as a janitor in a home for the
elderly, in a lumber mill in Alaska, and as the assistant
business manager for three weekly newspapers in
Manhattan.
He twice served in the United States Army,
including a tour of duty in Vietnam (1970-71). During
1968-71, he was a paratrooper, a parachute rigger and
a combat engineer. For the period 1981-85, he was a
Captain/Attorney in the Judge Advocate General’s
Corp, where he tried well over one hundred criminal
trials. As a prosecutor (for a total of 28 months), he was
responsible for trying the most diffi cult, complex, and
command interest cases in each of the four jurisdictions
where he served, achieving a one hundred percent
conviction rate in each of those jurisdictions (both
overseas and in the U.S.A.). However, what the author
says he most enjoyed was his decision to volunteer
and become a criminal defense counsel, representing
soldiers (for 20 months), where he was continuously
noted for his remarkable results defending soldiers.
As a criminal defense counsel, he also played a role
in investigating, gathering, and presenting evidence
against senior offi cers, including a general offi cer, who
used unlawful command infl uence to obstruct and deny
fair criminal trials for soldiers; although he claims to
have played a minor role in this matter, it is undisputed
that his evidence (in part), eventually led to the career
termination of three general offi cers and forced the
U.S. Army to implement additional legal safeguards
and training within the military command structure to
further protect the legal rights of U.S. soldiers.
The author presently resides in a quiet, suburban
neighborhood in Northern Virginia with his two
daughters and a small pack of Labrador retrievers.
When he is not following his daughters around various
sports fi elds, he spends his free time jogging, studying
the martial arts, and hiking and camping. Despite
having a life-long fascination with such topics as
UFOs, ESP, the Egyptian Pyramids, reincarnation, and
ancient civilizations, he’s a down to earth person, and
blames none of this on being born left-handed.
The Cobalt Blue White Light is the author’s second,
experimental novel, weaving psychological insights,
humor, and spiritual beliefs, indicating that we are
more than our physical selves.