Streets of the Near West Side 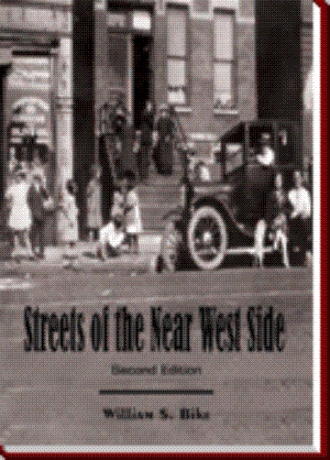 The house, located not in Chicago but in Kentucky, belonged to a man who ran for president three times and lost each time. The street was named for the house because of an insult.

Ashland had originally been named Reuben Street after a prominent real estate investor named Reuben Tayler. Since Chicago already had a similarly named thoroughfare with a slightly different spelling, the Taylor Street that had already been named for President Zachary Taylor, the Chicago City Council used Reuben Tayler's first name to honor him.

In the latter half of the 19th century, the street that is now Ashland was the main thoroughfare of what was then the equivalent of Chicago's "Gold Coast." The boulevard was lined with stately mansions, opulent churches, and parks. One had to be quite rich to live on Reuben Street.

Close to Reuben Street were the slums of the Near West Side. Poor people used to come over to Reuben Street to gape at and to insult the rich people living there. The insult heard most often was, "Hey, Rube!"

Being called a rube was quite offensive to people of that era, so the wealthy residents of Reuben Street petitioned the City Council to change the street's name.

Many of the well-to-do living on the street had come from Kentucky to Chicago to make their fortunes. They were admirers of Henry Clay, who was one of the most influential politicians of the first half of the 19th century and a native of Kentucky. Clay's Kentucky home and estate were called Ashland.

To the street's residents, the name Ashland represented the qualities they admired in their neighborhood: stateliness, charm, and sociability. So, this high-sounding name was given to what now is a very ordinary street. 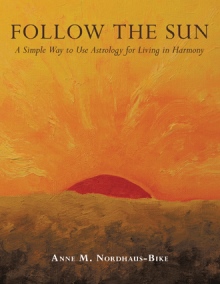 Streets of the Near West Side

tells the tales of the individuals and events for which the thoroughfares of one of the most interesting neighborhoods in one of the most fascinating cities in the world are named. Presidents, priests, politicians, pharmacists, physicians, soldiers, businessmen, real estate developers, financiers, philanthropists, Revolutionary and Civil War battles, Indian chiefs, Southern plantations, immigrants, playwrights, poets, and tavern owners all are part of Chicago's history--and their stories can be found in Streets of the Near West Side. Streets of the Near West Side also recounts events that happened in the area, from long-ago tales of the Chicago Cubs playing on Polk Street, to news pertinent to today's breaking headlines.

William S. Bike, a professional journalist since 1979, has served as associate editor of the Near West/South Gazette, an independent community newspaper in Chicago, since 1983. He also is associate director of advancement for the College of Dentistry at the University of Illinois at Chicago. Previously, he has been employed as publications director for the University of Chicago Graduate School of Business and for Loyola University Chicago, where he and his staff won 39 local, national, and international publication awards. In addition, for his writing for the Near West/South Gazette, Bike has won three Peter Lisagor Awards from the Chicago Headline Club, the local chapter of the Society of Professional Journalists. The Lisagor is the highest award in Chicago journalism. His freelance articles have appeared in the Chicago Sun-Times, Nine: A Journal of Baseball History and Social Policy Perspectives, and many more publications. Bike is the author of the first edition of Streets of the Near West Side, ACTA Publications, Chicago, 1996, and Winning Political Campaigns, Denali Press, Juneau, Alaska, 1998 and 2001. He also is the editor of Essays on Earl Renfroe--A Man of Firsts, UIC College of Dentistry Press, 2001. A lifelong Chicago resident, Bike and his wife, Anne Nordhaus-Bike, run ANB Communications, a full-service communications-consulting firm.