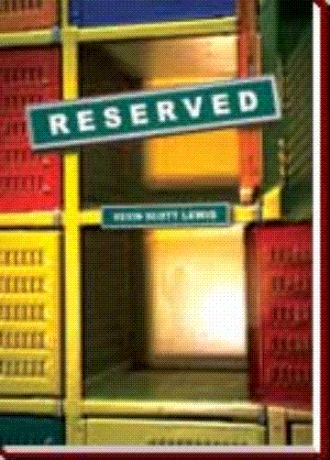 I was in trouble again. It didn't matter how, with whom, or what it was about. It wouldn't do you any good to tell where I go to high school or what town I live in Georgia; take my word for it, it's a crummy town with a personality problem. While it wants to be recognizable as Atlanta, it wants to be a little country town in the same breath. It's just a crummy little place, and I was stuck there. Our streets here are full of promises and problems; I happened to be one of the problems.

The argument flared up rather quickly and was out of hand in the heat of the moment. To tell it like it was, I truthfully don't remember exactly how the thing started. I just remember the sharp words spoken by us both and the pushing and shoving which followed in the hall. It seemed as if I was always at the wrong place at the wrong time for these things. The dope's name was Chuck.

When challenged, I go into what I call the red zone. I just remember knowing I had to face him in the school parking lot after school that day just a week shy of Christmas break. I don't care. It should have been good will toward your neighbor, but I had to fight him. I waited for him beside his car, tossing my denim jacket on the hood. The weather was cool, but tempers were blazing. I had to wait awhile, often glancing at my watch, and hoping he wouldn't chicken out. I watched the student’s file out of the buildings and find a ride home. I didn't think he would show at first, but he came with 3 friends and his girlfriend. She was egging us on as a crowd surrounded us for the thrill of witnessing a fight appealed to them. She was the sort of person that trouble loves to call buddy. She had a deep voice and was always in trouble. Speaking of friends, my friends were safely off in a distance or on the work programs and already left for the day. I was alone. Most of my closest friends were older than me and graduated a year ago.

Chuck and I were face to face. He was sporting a goatee and an earring in his ear and wore black gloves with the fingers chopped out of them. He had a math book with him. He laid it beside my books.

He popped his fist into his palm. "Didn't want to miss a chance to wipe your ass on the ground, Jason. Been waiting to do this for some time."

"Take him, Chuck." That was his girlfriend. She was bragging and strutting around in her tiny outfit which she called clothes. Her name was Brandy, and she always reminded me of drinking whenever I saw her. She lived on instinct. When she was being put together, she had the right body but wrong mouth and brain. So much potential and so little use. She had seen her share of fights as well. There was this time when she and this other girl were fighting in the lunch room over the same boy. They had lost their shirts in the cat fight . . . .

Chuck slapped my arm. "Don't be talking to my woman like that."

My eyes went to him. "I'll do whatever I please. Neither you or your bed buddies behind you are going to stop me. Nobody tells me what to do."

He looked back at his friends; they laughed among themselves saying to finish me off for good.

"You've been looking for this way too long."

A circle of on-lookers had formed around us with people straining their necks for a look at a local fight. Most of them didn't even known us personally, but it didn't matter because a fight is a fight is a fight.

Some more words were exchanged and we went to blows. He pushed me, and I pushed him back. And he pushed me . . . . He wasn't as good at this sort of thing as I was at fighting even though he was larger than me by about 30 pounds; he was big no doubt about it topping over 6 feet tall. Only being stupid and slow kept him from going places. He got one gut shot in on me, but I pulverized his face with my fist. I felt some teeth give. We paused, and no one could believe at what just happened. He spit blood on his hand and some teeth came out. Now he was scared, I could tell it in his eyes. It should have been over. Then he looked at me, and the son of a bitch yelled and tackled me. My back slammed against a car and we went to the pavement hard. More damage was done to me from landing on the pavement than anything he did to me that day. I couldn't let up; he was bleeding on my shirt for he was on top of me frantically trying to get his hands around my throat. 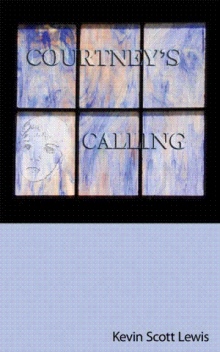 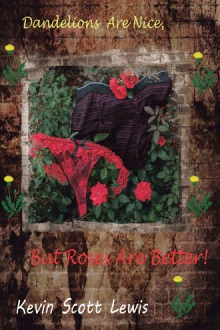 Dandelions Are Nice, But Roses Are Better
Kevin Scott Lewis
$16.95

is a story about rising above present situations. It is interesting who will be behind you when the chips are down and who will try and hold you down. Jason Matthews’ battle just began when he decided to become a better person and stop fighting and lounging in school.

Kevin lives in Canton, Georgia. He is currently enrolled at Reinhardt College obtaining a degree in business. His hobbies include Shotokan karate, watching old movies, and watching races.